A new element has crept into the general aviation battery chemistry race. A little brimstone (mixed with lithium) may fire up your future flyer. 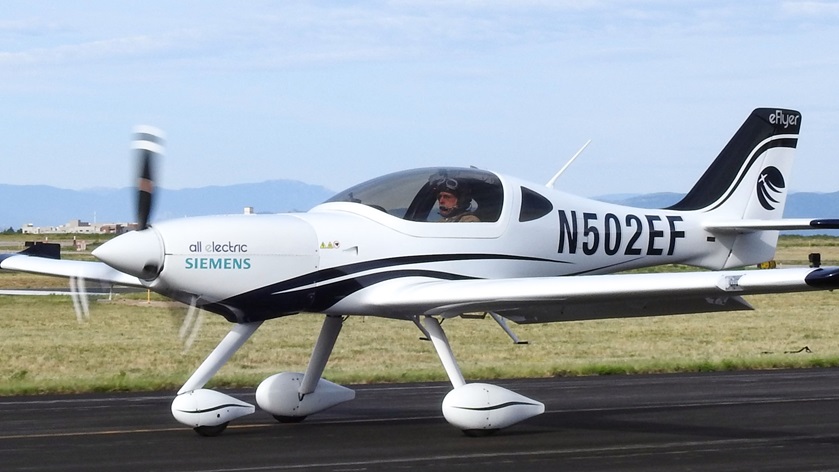 Bye Aerospace, the Denver-based firm certifying the two-seat, $349,000 eFlyer 2 electrically powered trainer, announced it is working with English firm OXIS Energy to develop lithium-sulfur (Li-S) battery cells. The collaboration is aimed at developing battery packs for Bye’s next design—the eFlyer 4, an electrically powered four-seater with a projected entry into service in 2022. The eFlyer 4 will be a 14 CFR Part 23, IFR-capable airplane, according to the company.

With an anticipated maximum gross weight of 2,700 pounds, the eFlyer 4’s design objectives include a maximum cruise speed of 165 knots and a flight endurance of 4.2 hours. Initially, the airplane was to have been powered by lithium-ion batteries and an electric motor rated at 105 Kw (about 140 horsepower). The interest in Li-S batteries is apparently aimed at preserving those performance objectives.

Li-S batteries produce more energy per unit of weight, and weigh less, than the lithium-ion batteries currently in use. Huw Hampson-Jones, CEO of OXIS Energy, stated in a press release that “a key measure of OXIS’ suitability is to be able to consistently produce cells in excess of 400 (watt-hours per kilogram), which are already undergoing evaluation. OXIS expects to achieve 500 Wh/kg by early 2020. Our Li-S cells are ideally suited for aviation. They are 50 percent lighter than the current lithium-ion cell and battery systems.”

By comparison, the eFlyer 2 prototype currently has an EP Systems lithium-ion battery pack with an energy density of 260 Wh/kg.

George Bye, CEO of Bye Aerospace, said that the OXIS cells “have the potential to greatly enhance the quality, cost and performance of eFlyer 4 and our other future aircraft projects,” and that “our collaboration with OXIS is separate from the current eFlyer 2 agreements and intentions.”

OXIS says that its Li-S batteries have exemplary damage tolerance and cycle life. The company claims it is aiming for a 500-cycle battery life and says one of its fully charged cells was shot from a distance of 10 meters by a 5.6-millimeter bullet. There was no fire or temperature variation and the cell kept operating, although at a reduced capacity, OXIS reported.

AOPA Pilot Editor at Large
AOPA Pilot Editor at Large Tom Horne has worked at AOPA since the early 1980s. He began flying in 1975 and has an airline transport pilot and flight instructor certificates. He’s flown everything from ultralights to Gulfstreams and ferried numerous piston airplanes across the Atlantic.
Go to Thomas A. Horne's Profile
Topics: Electric, Technology