Get the app Get the app
AOPA Members DO more LEARN more SAVE more - Get MORE out of being a pilot - CLICK HERE
News & Media Training Tip: VFR in name only
Sponsored by Aircraft Spruce

Training Tip: VFR in name only

A Cessna 150 was performing turns around a point just outside a tower-controlled airport’s Class D airspace when the engine lost power followed by a landing in a field. 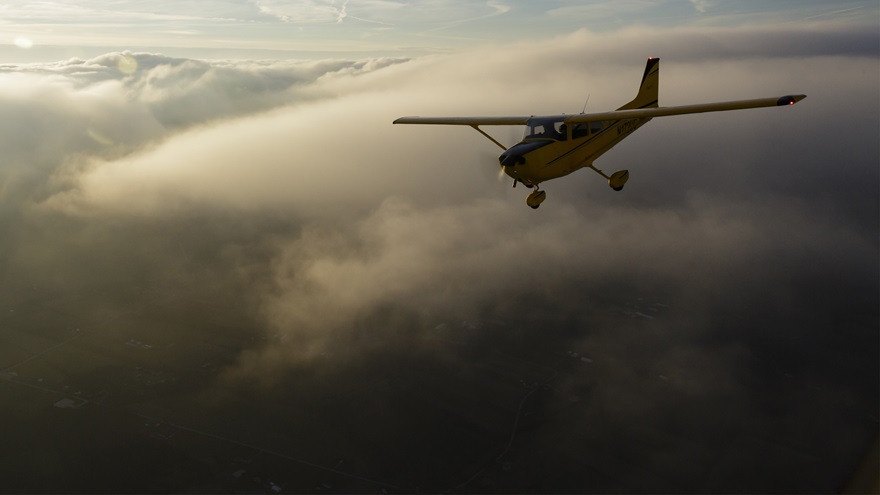 This wasn’t a training flight: Before the Cessna landed off-airport and nosed over in soft earth, the pilot had planned a short hop over mountains from one airport to another—about 19 minutes total flying time.

A different scenario emerged, however, when the pilot reached the destination. The weather was down, so he requested a special VFR clearance to complete the arrival.

This is when things got complicated. Air traffic control advised the pilot to expect a 10-minute delay, and the Cessna, which had taken off low on fuel, was circling a ground reference point to the right when the right fuel tank unported, starving the engine of gas, according to the National Transportation Safety Board.

A private pilot applicant is expected to be able to manage risks within the flight environment that is made up of weather, airports, airspace, terrain and obstacles.

When you studied airspace, one of the nonstandard procedures you encountered was the special VFR clearance, described in the AOPA Air Safety Institute publication Airspace for Everyone as “one that permits takeoffs and landings in conditions below basic VFR weather minimums (1,000-foot ceiling and 3-sm visibility). It can be granted within the surface boundaries of Class B, C, D, and E airspace, unless there is a 'NO SVFR' noted in the airport information block on the sectional or terminal area chart.

"SVFR requires at least one-mile ground or flight visibility and the ability to remain clear of clouds. At night, an SVFR clearance requires that the pilot be instrument rated and the airplane be equipped for instrument flight. An SVFR clearance only permits the pilot to operate in substandard VFR weather minimums in the selected airspace. Once clear of that airspace, standard weather minimums apply."

You also learned that a student pilot cannot request SVFR on a solo flight.

Even pilots with considerable experience may have only used SVFR on rare occasions—in my case, only once that I recall.

The accident scenario posed above highlights a safety consideration about SVFR that textbooks don’t always cover: A SVFR request may be subject to delayed approval. You may have to wait your turn while ATC handles other arrivals or departures operating under SVFR or instrument flight rules.

SVFR may be special, but it’s not reliable as a shortcut—another reason for pilots to fly with a generous fuel supply, and to review the applicable regulation.

Dan Namowitz has been writing for AOPA in a variety of capacities since 1991. He has been a flight instructor since 1990 and is a 35-year AOPA member.
Go to Dan Namowitz's Profile
Topics: FAA Information and Services, ATC, Training and Safety