Get the app Get the app
Already a member? Please login below for an enhanced experience. Not a member? Join today
News & Videos It doesn't have to be the Derby to go

Three easily accessible airports serve Louisville, Kentucky, home of the Kentucky Derby. But it doesn’t have to be the First Saturday in May (as the Derby is referred to) to enjoy a flight to this charming southern city. 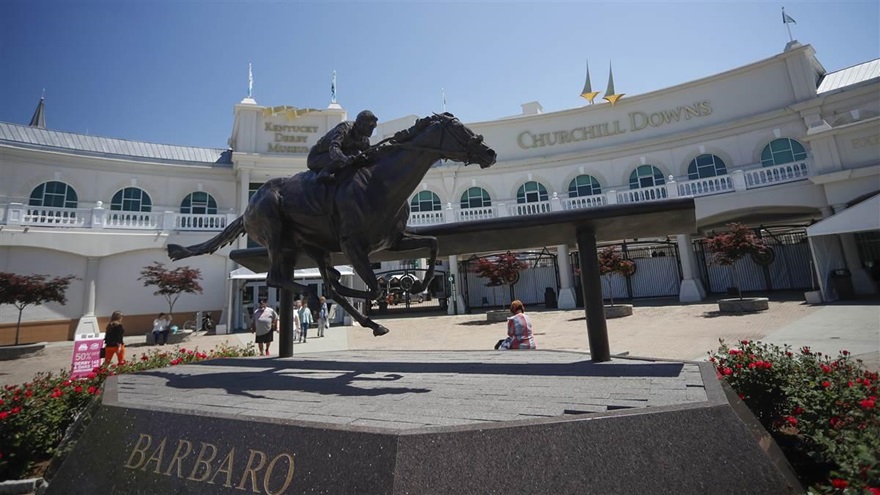 Louisville Muhammad Ali International Airport is the commercial field, which has three runways ranging from 7,000 feet to 11,000 feet. It’s the home of Worldport, the hub of UPS. The airport—originally Standiford Field—was renamed for the famous boxer, a Louisville native, in January 2019. Atlantic Aviation is the general aviation-friendly fixed-base operator on the airport.

If you’d prefer not to compete with UPS cargo airplanes, Bowman Field is a quintessential GA airport with a historic 1929 brick terminal building, historic artifacts and photographs (Lindbergh landed here), and a charming French bistro. Bowman Field was established in 1919 and is the oldest continually operating commercial airport in the country. It has two 3,500-foot runways. Louisville Executive Aviation and Central American Airways are the FBOs on the field.

Just across the Ohio River in Indiana is Clark Regional Airport. It has two runways, one recently expanded to 7,000 feet in early 2018. Two friendly, neighboring FBOs serve the field, Honaker Aviation and Aircraft Specialists Inc. It’s a seven-minute drive into Louisville and fun to cross one of the several steel truss bridges. Clark Memorial Bridge was opened in 1929 and is a cantilever truss bridge being painted yellow.

Churchill Downs is open year-round and there are tours, races, festivals, and the Kentucky Derby Museum. There are two floors of exhibits at the museum, a 360-degree visual experience, a café, and a gift shop. During the Derby weekend, more than 150,000 people attend events; you can visit the grandstand and see the famous spires a whole lot more easily on a day that’s not during Derby Week!

The Kentucky Derby dominates in the city, but so does its more famous and perhaps more universal product—bourbon. Angels Envy, Four Roses, and Evan Williams ave distilleries here as well as many smaller houses. Downtown Louisville is situated along the Ohio River. The grand dame hotel is The Galt House Hotel overlooking the river, and The Brown Hotel was built in 1923, but chain hotels abound. Along Main Street are great restaurants with an eclectic variety of food and beverage offerings (although bourbon and Southern-style cooking are king). Music and celebration are also important in Louisville, so you’ll find great venues and festivals all year long. We discovered some gems on a visit to Louisville in May 2019. First, do not miss Bistro Le Relais in the historic terminal at Bowman Field. This beautiful art-deco French restaurant not only offers elegance and a fantastic view of the field, but the food is simply remarkable. It’s bistro French fare such as steak frites and foie gras, so come ready to be transported. It’s been at this site since 1988 and owner Anthony Dike enjoys pilots who fly in for dinner.

If French elegance isn’t your style, stop in at Air Devil’s Inn across the street from Bowman Field. This dive bar is also historic, opened in 1934, and has model airplanes hanging from the ceiling, paintings and artifacts of aircraft, and a relaxed, homey vibe. Owner Russell Shockley inherited this bar from his father, who ran it for many years, and the younger Shockley is known to throw some great steaks and burgers on the outside grill and treat his customers. He claims his neon sign is one of the oldest in the country.

Other treats we discovered include Doc Crows for great southern food, Merle’s Whiskey Kitchen (I think the name says it all), Impellizzeri’s for pizza, the Troll Pub Under the Bridge for weird ambiance (a big plastic troll greets you, and the restaurant rooms were dug out of the basement of a whiskey warehouse under the Clark Memorial Bridge), and Wild Eggs for a fantastic, wildly eclectic breakfast. We were only there for a few days and the dining options are vast; as Dike told us, when he opened in 1988 there were maybe 10 restaurants. Now he says there are more than 400.

Last but not least, if you came to Louisville for Derby history, there’s Wagner’s Pharmacy. It’s trackside at Churchill Downs and has been serving diner favorites since 1922. The walls are covered in historic racing memorabilia.