Get the app Get the app
Already a member? Please login below for an enhanced experience. Not a member? Join today
News & Media Flying Carpet: Oh, the glory

Rarely do light airplane pilots get to outfly the airlines, but it does occasionally happen. 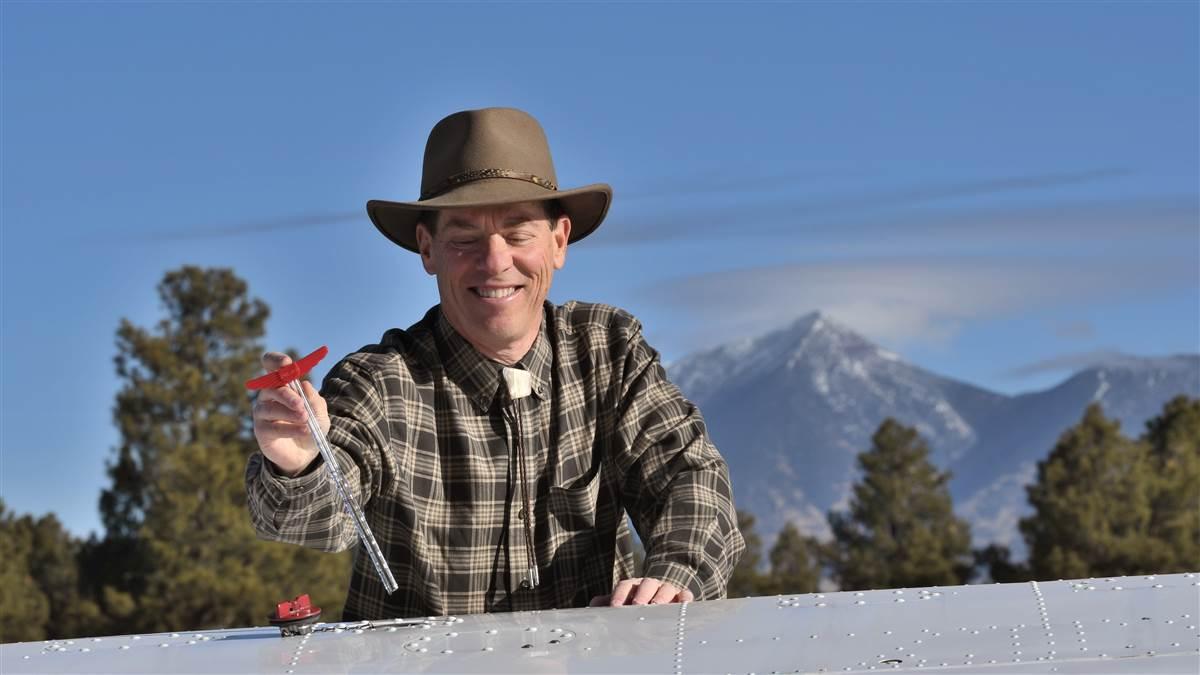 A dozen years ago, the Flying Carpet sustained a spate of inflight voltage regulator failures. This device meters electricity generated by the alternator to meet the airplane’s ongoing electrical needs and keep the battery charged. It also protects the electrical system against spikes or shorts that could damage electrical components. Every few months our latest voltage regulator would fail in flight, disabling the aircraft’s charging system and sending us scrambling for a mechanic. Sometimes it could be temporarily reset by cycling the alternator switch, but usually not. Of course these failures always occurred at inopportune times, and caused lots of “what-if” stress every time we launched on a cross-country flight. Yet the intermittency stymied our mechanics ability to identify the cause.

Then one day, a savvy avionics tech at Falcon Field (FFZ) asked if I could hear our original-equipment flashing beacon cycling on and off through my headset. When I answered yes, he asked if those beacon pulses also presented via the ammeter needle. They did. It turns out that with age, the power supply units for old flashing beacons can internally deteriorate, drawing increasing electrical current as the circuitry fails. Testing revealed that our beacon was drawing so much current with each flash, that over time it was causing each successive voltage regulator to disconnect the charging system and fail. Installing a new low-power LED beacon solved the problem, but it would take months of trouble-free operation before we could fully believe it.

Jean and I launched homeward from FFZ that day flashing our bright-and-shiny new beacon, arriving to rare IFR weather in Flagstaff. For those not familiar, cloud-flying pilots navigate specific published instrument approach procedures to guide them safely from cruising altitude to landing. In general, the more accurate the approach, the lower airplanes are allowed to descend. If the pilot can see the runway upon reaching the minimum legal altitude for that approach, he or she proceeds to land. If not, the pilot must execute a specific missed approach procedure, and, in most cases, land elsewhere.

On this day, Flagstaff Pulliam Airport reported a 600-foot overcast with good visibility underneath. The airport features three approaches with minimums well below that. Although the ILS (ground-based instrument landing system) was out of service for runway lengthening, I anticipated no difficulty descending out of the clouds on one of two precision GPS instrument approaches to land. However, as we steered for our assigned initial approach fix, the regional airliner ahead of us canceled its approach request and diverted back to Phoenix. Had something changed to affect our safe arrival? Alarmed, I queried Flagstaff Tower.

“With the ILS out of service, the ceiling is too low for the airliner to get in,” came the reply. It had never occurred to me that an airliner might not be equipped with approach GPS, so widely installed in light aircraft. Without it, the lowest remaining VOR approach available to the airline pilots featured 800-foot minimums, still in the clouds. Therefore, they had to divert.

Our decades-old Flying Carpet, however, was fitted with avionics capable of precision-like GPS approaches to 250 feet above the ground. So while the airliner retreated to Phoenix, we easily cleared the clouds to land. Afterward I’d learn that few airline aircraft regardless of size were then equipped with GPS approach capability—still the case today with many older jetliners.

“You have a heckuva bright beacon,” commented the tower controller as we taxied in. “Even in daylight I spotted it the moment you broke out of the clouds.” But my mind was elsewhere. Oh, the glory, that Jean should be along to witness my heroic approach and touchdown, on a day when airliners couldn’t land.