Get the app Get the app
Get the latest news on coronavirus impacts on general aviation, including what AOPA is doing to protect GA, event cancellations, advice for pilots to protect themselves, and more. Read More
Already a member? Please login below for an enhanced experience. Not a member? Join today
News & Videos Airports: Souther Field, Americus, Georgia

Would you feel confident to solo if your instructor asked for a $500 bond (about $7,600 in 2019 dollars) against possible damage to the airplane? That’s what happened to Charles A. Lindbergh at a flight school in Nebraska. So, instead of risking his cash, he rode his motorcycle south to Americus, Georgia, to buy his own airplane. 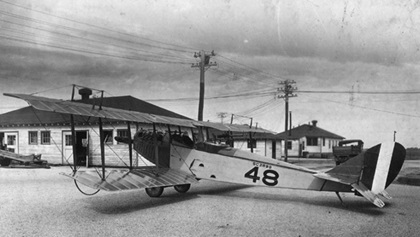 Visit this airport. Check in on the AOPA app with your Pilot Passport.

Lindbergh arrived at Souther Field in May 1923 to purchase one of the hundreds of excess World War I Curtiss JN–4 “Jenny” biplanes for sale. After plunking down his cash and familiarizing himself with the aircraft by flying with an experienced pilot, Lindbergh made his first solo flight. Just four years later he’d be flying solo over the Atlantic to Paris. One week after that first solo, Lindbergh made his first cross-country flight from Americus to Montgomery, Alabama. He spent the rest of 1923 barnstorming the country, with “Daredevil Lindbergh” painted across his Jenny’s fuselage.

Souther Field was established as a primary flight training school in 1918 after the United States entered World War I. The airfield was named for Maj. Henry Souther, an officer of the Aircraft Engineering Division of the Army Signal Corps. After the war, Souther Field was deactivated and the surplus airplanes sold, one of which went to Lindy.

In 1928, Sumter County purchased the airfield, but during World War II it was again taken over by the military. The 56th Army Air Forces Flying Training Detachment started training pilots there in 1941, including teaching British students for the Royal Air Force. Toward the end of the war the site also housed German prisoners of war who worked on nearby farms.

Today, it’s a general aviation airport with nearly 40 aircraft and about 117 operations a week, a peaceful place to fly among the cotton fields.

To remind visitors of the connection with Lindbergh, the local historical society placed a 7-foot bronze statue of a wing-walking Lindbergh outside the airport terminal, next to a state historical marker commemorating Lindbergh’s solo flight. It’s quite possibly the most awkward depiction of Lindbergh ever created.

It’s a pleasure to visit this Lindbergh historical site by airplane, but don’t look for Souther Field on your sectional chart; in 2009 the airport was renamed Jimmy Carter Regional Airport, as the thirty-ninth president of the United States was born and raised in nearby Plains, Georgia. You can visit the Jimmy Carter National Historic Site, 15 miles west of the airport.

The JN–4 Jenny that Lindbergh bought and soloed at Souther Field survived his barnstorming days and is on display at the Cradle of Aviation Museum in New York. 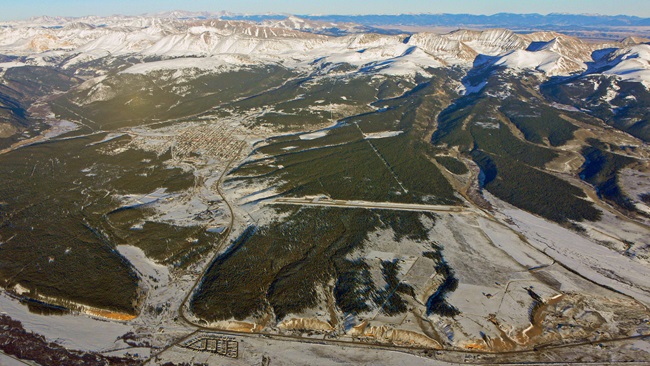