Get the app Get the app
Already a member? Please login below for an enhanced experience. Not a member? Join today
News & Videos AOPA Fly-In Tullahoma

Two Days to experience, learn, and explore all things aviation. 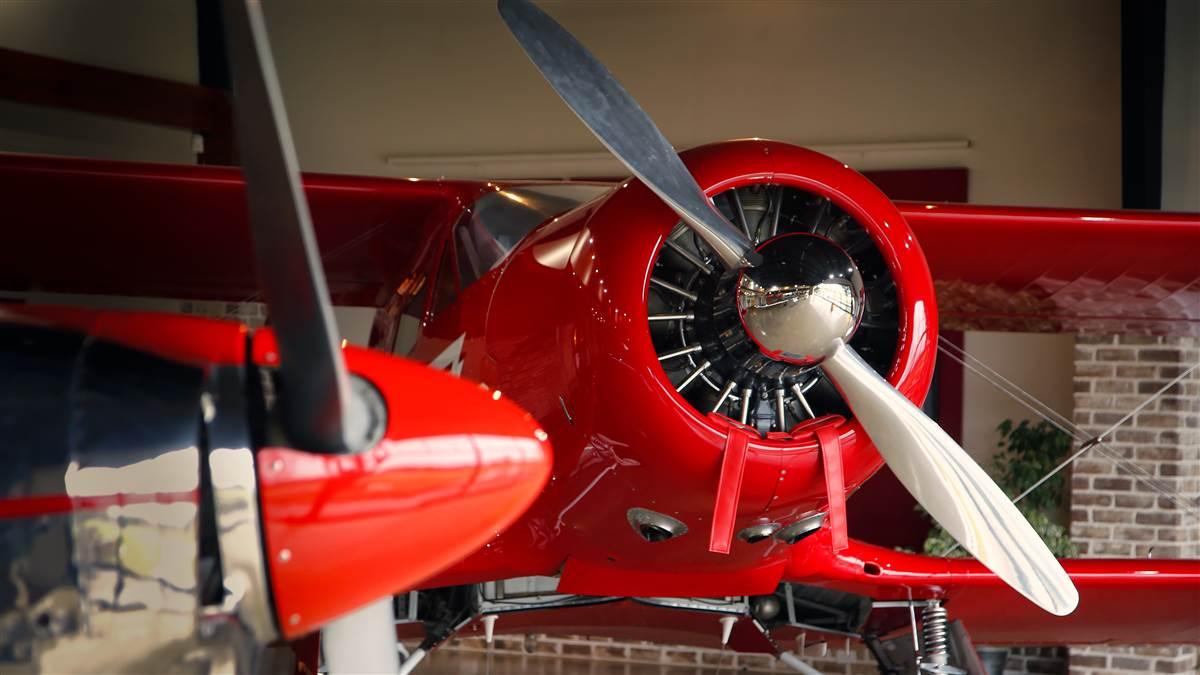 It started with a Staggerwing 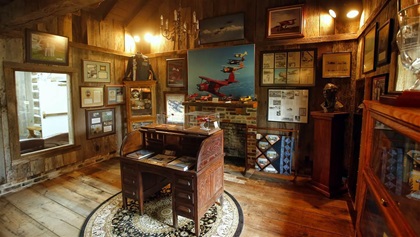 The Staggerwing is called the Cadillac of the Sky for good reason; it debuted in 1932 and was designed for high-speed, luxurious travel. It is one of the most iconic airplanes ever built. Many of its pilots had an affection for the aircraft and established The Staggerwing Club, which later became the Staggerwing Museum Foundation. John and Charlotte Parish donated the land near their farm and the airport for what would become the campus-like setting of the Beechcraft Heritage Museum.

Multiple hangars house 37 significant aircraft including the first Staggerwing ever made, serial number 1. Although some of the historic aircraft still fly, most of the restored airplanes gleam in show-stopping displays throughout the museum.

“You don’t need to be an aviation person to appreciate this museum,” says Charles Parish, executive director. History buffs will love the authentic displays that include tributes to aviatrixes Louise Thaden and Amelia Earhart, and to Olive Ann Beech (the “First Lady of Aviation”), who successfully ran the Beechcraft Corp. after the death of her husband, Walter.
beechcrafthm.org

Take me to T town.

We liked it so much, we’re going back.

Tullahoma, Tennessee, is everything you’d expect a laid-back Southern community to be: gracious, picturesque, and welcoming. AOPA held a fly-in there in 2015 and the response was so great, we decided to go back.

“It is no secret to southeast aviators that the Tullahoma Regional Airport is a unique gem in general aviation,” said Chris Eads, AOPA senior director of outreach and events. “With the world-class and one-of-a-kind Beechcraft Heritage Museum on the field, and the rich Southern hospitality of Middle Tennessee, we have long had Tullahoma on our short list of historic AOPA Fly-In destinations to return to. The airport and city leadership are a joy to work with, and we are very excited to invite AOPA pilots from all over the eastern United States to join us for a great early fall event in Tullahoma.”

Within close reach of Lynchburg, Nashville, and Chattanooga, Tullahoma and the surrounding area have much to offer every visitor. From the famous Beechcraft Heritage Museum that’s conveniently located on the south end of the airfield, to scenic nature trails and the Jack Daniel Distillery in nearby Lynchburg, the Tullahoma area is a haven for a wide range of interests for all ages. AOPA enjoyed a great fly-in at Tullahoma in 2015…let’s go back September 13 and 14 and have an even better event with new programs and exciting aerial activities.

The graciousness of the people of Tullahoma are second to none. Take, for example, the Parishes of the Beechcraft Heritage Museum. This remarkable aviation museum—an homage to the joy of flight—is the work of the Parish family, led by patriarch John Parish Sr. A hardworking entrepreneur, Parish made his fortune in sporting goods, including the manufacture and sale of aluminum baseball bats under the brand name Worth Sports. He moved the family to Tullahoma and purchased land where he could keep his aircraft, and became a member of the Staggerwing Club after he and his wife Charlotte attended a fly-in in 1970.

“We all fell in love with Mrs. Beech,” he said. “We respected her for the quality of the Beech products and her high standards.”

The museum was originally founded as the Staggerwing Museum Foundation in 1973 but became the Beechcraft Heritage Museum in 2007. Its 60,000 square feet of aviation memorabilia and aircraft is lovingly maintained by the Parish family, with son Charles Parish as its executive director.

In addition to this aviation highlight, Tullahoma is home to other remarkable—and worth visiting—landmarks such as the University of Tennessee Space Institute, home of the largest high-speed wind tunnels at the Tennessee Aerothermodynamics Laboratory; Skydive Tennessee; the George Dickel Tennessee Whisky distillery at Cascade Hollow; and the Jack Daniel Distillery (just 12 miles from Tullahoma). 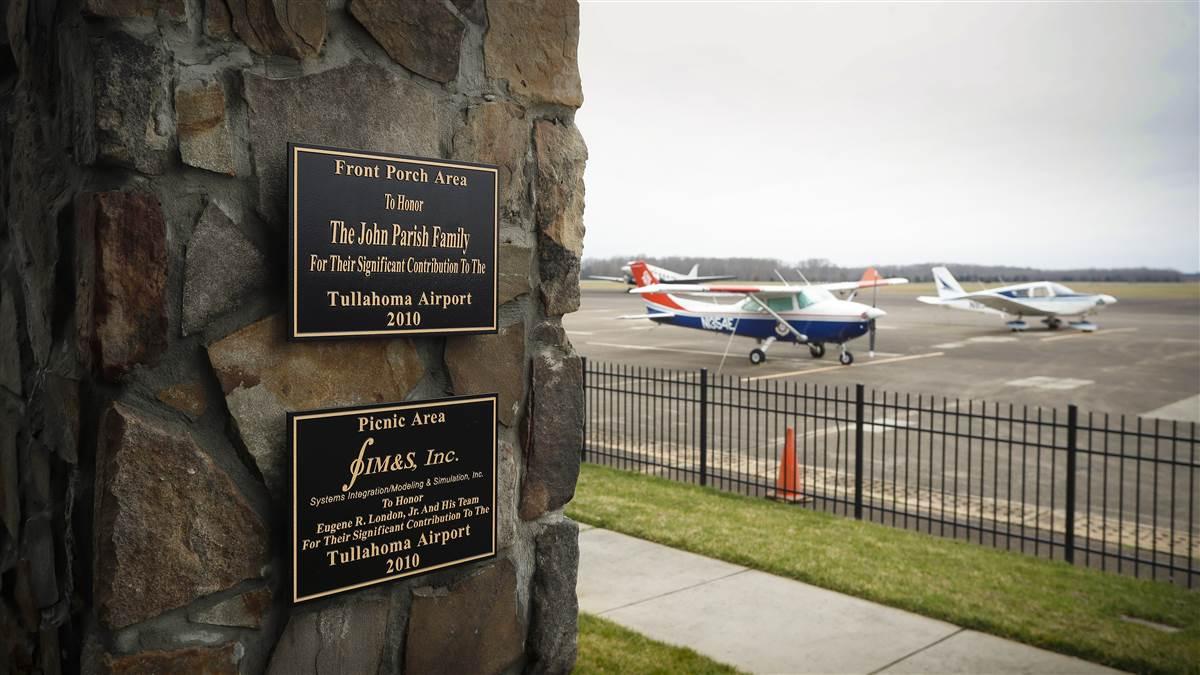 Four runways and a great museum.

THA is an aviator’s paradise.

Jon Glass—THA airport manager: “The City of Tullahoma and Airport are thrilled to have a world-class organization like AOPA return to our community for a second fly-in. We look forward to hosting pilots from all over the United States of America at our fly-in on September 13 and 14. I hope everyone enjoys their visit to Tullahoma!”

On 775 acres, Tullahoma Regional Airport/William Northern Field (THA) has four runways (two 5,000-foot paved, two 2,000-foot turf), 140 based aircraft, and boasts 40,000 flight operations each year. Originally Camp Forrest, a World War II training facility, pilots were taught to fly the B–24 Liberator here. Camp Forrest became a prisoner of war camp and both Camp Forrest and William Northern Field were declared surplus after the war. Arnold Air Force Base was established on nearby land in 1950 as an engineering development center named for Gen. Henry “Hap” Arnold. Three-time Tullahoma mayor John W. Harton Sr. saw the town’s decision not to buy the surplus William Northern Field as a mistake and purchased the land himself, believing the future of Tullahoma depended on a regional airport. His foresight insured Tullahoma would have this exemplary general aviation airport there today. 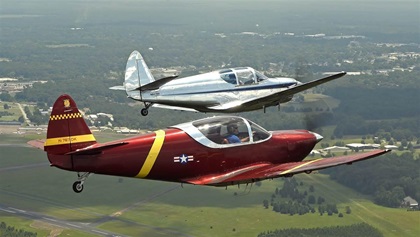 Fly out to McMinn County Airport (MMI) to see the Swift Museum and have lunch. The Swift Museum is located in Athens, Tennessee, approximately 60 miles southwest of Knoxville, 60 miles northeast of Chattanooga, and 200 miles southeast of Nashville. The museum has multiple Swift aircraft on display, including the first prototype #1, stock production and modified Swifts from 1946 to 1951, as well as two T–35 Buckaroo U.S. Air Force trainers. These military versions of the Swift were tested by the Air Force in the early 1950s. One of the T–35s is an armed version used by and donated to the museum from the Saudi Arabian Air Force. Grab a quick bite while you are here from one of the food trucks located on site. 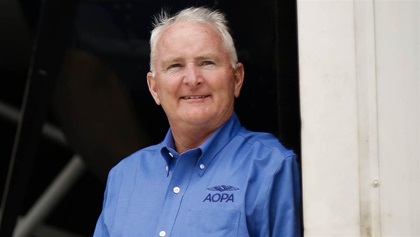 Will host two Pilot Town Hall meetings during the two-day event. Each day Baker will update members and visitors on the work of the association, answer questions, and share his piloting life. Pilot Town Hall takes place Friday and Saturday from 11 a.m. to 11:45 a.m. 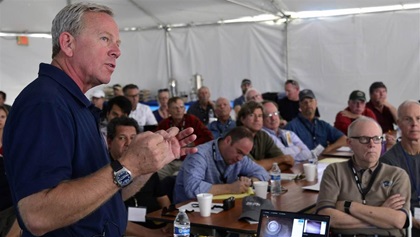 At the fly-in, you’ll find plenty of focused workshops and dynamic seminars led by some of the greatest experts and voices in aviation. AOPA is expanding its educational content with the AOPA Air Safety Institute’s Ground School Workshops, which are focused learning opportunities with endorsements that apply to the Focused Flight Review (fees apply). Not to be confused with our free seminars, these in-depth learning experiences provide a professional level of education, offered in two, three-hour sessions both Friday and Saturday. You receive logbook endorsement for three hours of ground training, as well as Wings credit. Meanwhile, our free 45-minute seminars are the core of the AOPA Fly-In experience. Choose from more than two dozen topics sure to help add new experiences to your logbook with confidence and competency. Leave the fly-in a safer, better pilot while you connect and develop friendships with other aviators.

Special events are being planned to include a Short Takeoff and Landing (STOL) Invitational Competition to showcase the skills and aircraft of backcountry flying, a nighttime drone show, an engaging Friday night flightline cookout, and several fly-outs to nearby aviation attractions. “Our new AOPA STOL Invitational, Great Lakes night drone show, and exciting aerobatic demonstrations from Lee Lauderback and Jeremy Holt are sure to round this out as a great conclusion to our eightieth anniversary celebrations,” said Chris Eads, AOPA senior director of outreach and events. 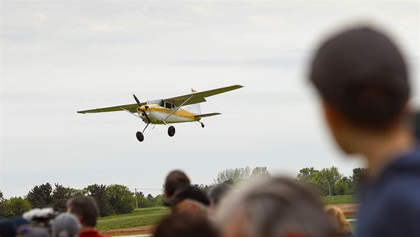 At each AOPA Fly-In this year the fun backcountry sport of short takeoff and landing (STOL) contests will be a highlight. With the assistance of Texas wrangler Jimmy Gist, AOPA will host a STOL Invitational on the field. The first-ever STOL Invitational at Tullahoma Regional Airport will take place Friday evening and Saturday afternoon with Gist masterminding the activity. Gist, a former U.S. Air Force fighter pilot, calls STOL competitions “the aviation equivalent of four-wheeling.” Tailwheel aircraft with big tires and pilots with big ideas take off and land in short distances, just like they have to do in rugged places like Alaska and the backcountry. The shorter the hop, the better. It’s all in friendly competition and it showcases lightweight, fun aircraft such as Cubs and Experimental types.

Light Up the Night. 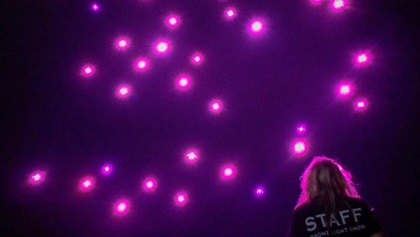 The Great Lakes Drone Co. will present a nighttime drone extravaganza on Friday night. Set to music, more than 50 drones lit with LED lights will dance their way across the sky in a first-ever AOPA Tullahoma Fly-In drone show. The show begins at dusk, so plan to stay late with us and enjoy this spectacular show. Drones are becoming an important part of the aviation community, and it will be fun to see their lighter side (excuse the pun—it’s just for fun). There’s a flight line cookout before the show, so settle in for a fantastic early-autumn evening with AOPA. 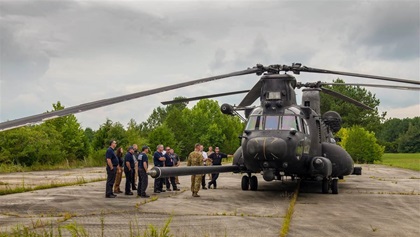 Tour Arnold Air Force Base, Tennessee, which is named after the father of the U.S. Air Force, Henry “Hap” Arnold, and is currently the most advanced and largest complex of flight simulation test facilities in the world. The base is home to the Arnold Engineering Development Complex (AEDC). The center operates 58 aerodynamic and propulsion wind tunnels, rocket and turbine engine test cells, space environmental chambers, ballistic ranges, and other specialized units here. Many of the complex’s test units have capabilities unmatched elsewhere in the United States; some are unique in the world. The tour takes place Friday, September 13. 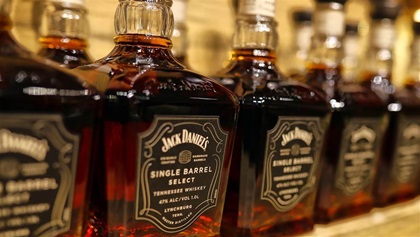 Walk through our hallowed hollow with AOPA and learn about Mr. Jack’s distillery without partaking of his smooth-sipping whiskey in the “Dry County Distillery Tour,” or go behind the scenes to see how Jack Daniel’s whiskey is made in the historic barrelhouse on the “Flight of Jack Distillery Tour.” See firsthand how Tennessee whiskey is carefully crafted while learning about the founder. The “dry” tour is $15 and the tasting tour is $20 (you must be 21 to attend). Tours take place Friday, September 13 from 10 a.m. until 3 p.m. Visit the website.

25 Things to do in Tullahoma