Get the app Get the app
Already a member? Please login below for an enhanced experience. Not a member? Join today
News & Media His call sign is ‘Grumpy’: Maj. Gen. John F. Miller

A hero in their midst

In an unassuming hangar at the east end of Tullahoma Regional Airport (THA) is a collection of aircraft, cars, motorcycles, and other grown-up toys. 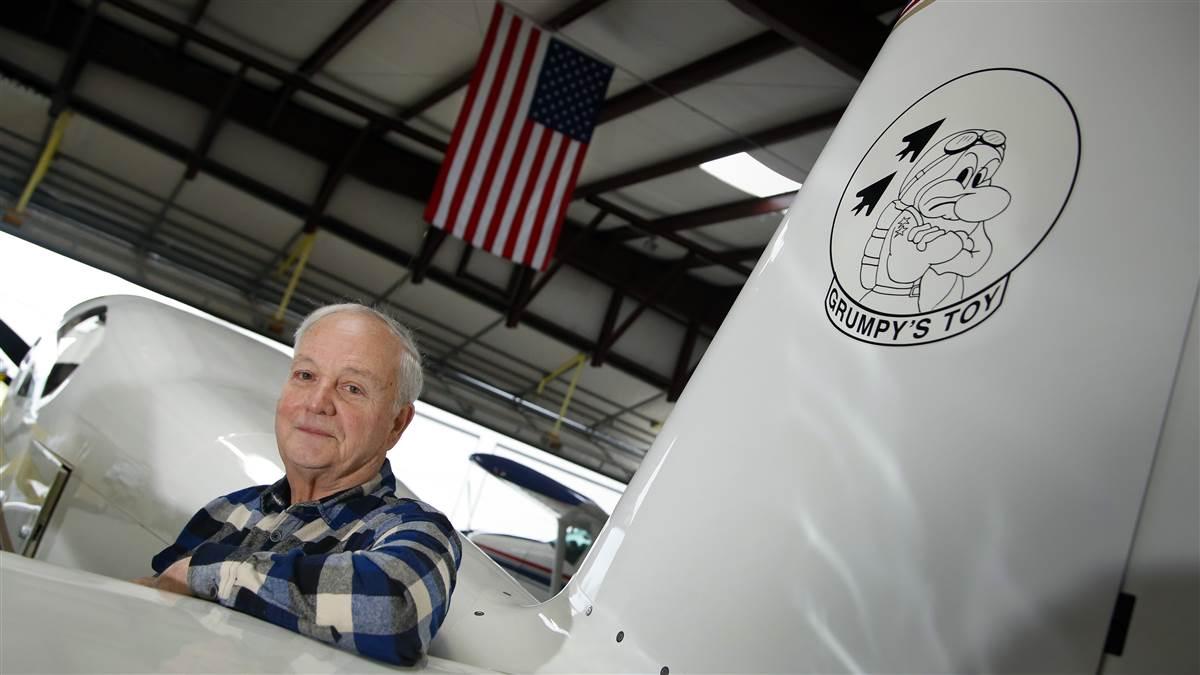 Who | Retired Maj. Gen. John F. Miller
Hours | 5,000+ (4,000 in fighters)
Certificates and ratings | Commercial pilot single- and multiengine land; instrument; CFI; CFII; Experimental repairman
Favorite aircraft | “I have two favorites: the F–105 because it brought me home every time from every combat mission, including one on a dark, overcast night with only a whisky compass, and the F–16. I was with the bird from its birth and flew all variants up through Block 52 over a 17-year span.”
Extra | “I led a four-ship of A–7s over Balmoral Castle in Scotland in 1977 at about 200 feet and 400 knots only to discover the whole royal family standing on the front porch. I later heard Prince Charles commented to his mother the queen, ‘Oh, look, mummy, there go some American A–7s.’ At least they didn’t shoot us down.”

Lovingly maintaining his homebuilt RV–8 is an equally unassuming man who many refer to as “Grumpy.” The moniker fits if you’re a flight student of his or were a junior officer when he led the U.S. Atlantic Command, but retired U.S. Air Force Maj. Gen. John F. Miller is really a softy when it comes to the things he loves: his family, flying, and his adopted Tullahoma home.

Miller retired to Tullahoma after 32 years in the Air Force. It was a distinguished career. He flew 126 combat missions in the F–105 Thunderchief, with 86 missions over North Vietnam. He was awarded the Legion of Merit, Distinguished Service Medal, the Gallantry Cross, and Distinguished Flying Cross, among other accolades during his service. He commanded the first operational F–117 squadron and managed the world’s largest, most technically sophisticated air combat training program. But at THA, he’s simply and affectionately known as Grumpy.

“I tell students to set their sights on a hard but attainable goal,” he said. “Once achieved, set your sights on the next, harder goal.”

Miller grew up around aviation as his father—who had soloed at 16 and served in World War II—always had an old airplane he was working on. When he wrote a book on his father’s life, Miller found a photo of a little boy standing in the right seat of a Fairchild 24. “That was me,” he said. “As long as I can remember, I was flying with my dad.”

As a sophomore at Clemson University Miller soloed in a Cessna 150 after his fifth lesson, and with 42 hours in his logbook earned his private certificate five months later. He wanted to fly jet fighters, so he joined the Air Force ROTC. After training at Laughlin Air Force Base in Texas he earned his pick of aircraft assignments—the Thunderchief or “Thud.”

After his distinguished career (he retired in 2000) Miller bought a 1956 straight-tail Cessna 182 and later built a Van’s RV–10 with a friend. He started flight instructing and then built his RV–10, which he calls “a poor man’s Cirrus.” Of the RVs, he says, “I’m a former fighter pilot. I want a stick in my hand.”