Get the app Get the app
AOPA Members DO more LEARN more SAVE more - Get MORE out of being a pilot - CLICK HERE
News & Media Proficiency: Relax and go with the flow

Proficiency: Relax and go with the flow

Brain teasers and the big picture

After departing from Huntsville Executive Airport Tom Sharp Jr. Field (MDQ) in Alabama, the twin-engine Piper Seminole began to roll and its nose sliced to the right as one of the engines lost power. I pushed the yoke forward to ensure an airspeed sufficient to maintain aircraft control and began the engine failure checklist by reporting, “Identify—right engine failure” since left rudder application was necessary to correct the attendant yawing motion. 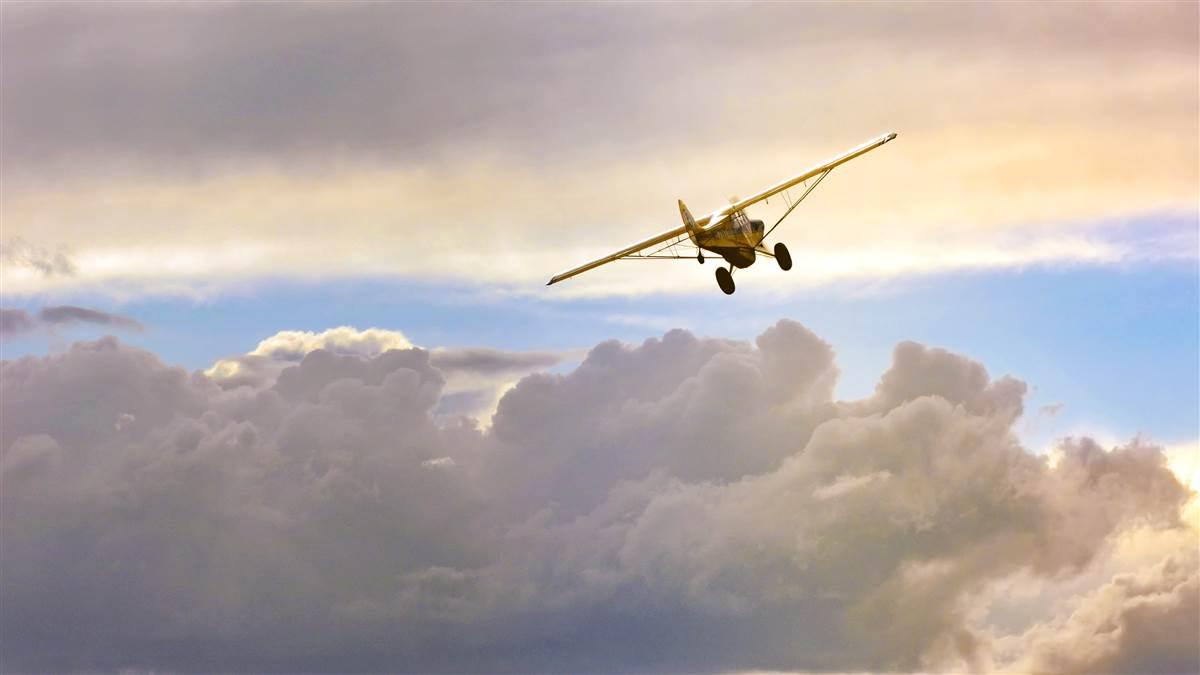 Photography by Mike Collins
Unlike turning in a steady wind, dynamic soaring extracts energy from wind shear by climbing into an increasing headwind and descending into a decreasing tailwind.

Before I could verbalize the next step, Mr. Clyde, an FAA designated examiner on this flight with me, interrupted with, “I recently flew a Cessna 172 at 35 knots airspeed without stalling. How was that possible?”

“Verify—right engine failure,” I said as I closed the throttle on the right engine with no power change. I responded, “Well, you were flying with a fair amount of engine power and with flaps extended. I’ll bet you weren’t at maximum gross weight or at a forward CG either.” Mr. Clyde confirmed: “Yeah, that was part of it.”

I announced, “Feather,” and while the propeller on the right engine slowed to a halt, I continued with, “And 35 knots was your indicated airspeed and not calibrated airspeed, correct?” He nodded and, with a smile, gave me the next task to complete.

“Ever hear of pilots who fear turning from the departure leg of the pattern to the downwind leg? How can you make sense of that?Clyde Shelton, or Mr. Clyde as I always called him, was a well-loved and respected FAA designated examiner. He started his aviation career in the U.S. Air Force and then joined the NASA team that included aerospace engineer Wernher von Braun. After retiring from NASA, he served as a designated examiner and conducted more than 10,000 practical exams in north Alabama. Mr. Clyde appreciated the technical side of aviation and encouraged his candidates to achieve a deeper understanding of flight principles. In 2010 and 2016, respectively, he was inducted in the Tennessee and Alabama aviation halls of fame.

My own entrance into aviation came later than I would have liked—after earning tenure as a mathematics professor at Sewanee: The University of the South. But I instantly saw so many mathematical applications in aviation that studying each subject only intensified my interest in the other. During my first practical exam with Mr. Clyde two years earlier, we spent much time discussing the technical aspects of aviation and he noted my eagerness to learn. I enjoyed his myriad questions, and answering them felt more like a fun game than part of a practical exam. If flying as a single pilot had strengthened my ability to multitask, being the mother of two young boys honed it to a sharp point. Mr. Clyde proved quite the taskmaster that day, and I readily accepted the challenge.

During the ILS approach back to MDQ, I lost the left engine and before I could say a word, Mr. Clyde presented another scenario. “Ever hear of pilots who fear turning from the departure leg of the pattern to the downwind leg? How can you make sense of that?”

“Identify…Oh sure, I’ve heard of the notorious ‘downwind turn.’

“Verify…” I told him I believe the best explanation of both the erroneous thinking behind it as well as the truth is presented by pilot and author John Denker on his website See How It Flies (av8n.com/how).

“Feather.” As I secured the Seminole’s left engine and set up for the instrument approach I explained the scenario used by Denker: Suppose that a one-ton aircraft climbs away on the departure leg at 100 knots true airspeed into a 20-knot direct headwind. The speed over the ground is then 80 knots. By the time it turns to the downwind leg, the groundspeed soars to 120 knots.

The gain in kinetic energy (half the mass times the speed squared) needs to come from somewhere. The airplane must experience an enormous energy deficit during this turn and is, therefore, closer to a stall. At least that is how the argument goes.

My spirits sank with the thought that, while I had passed his quizzes, I may have failed my multiengine instructor practical exam.Denker continues to explain that this erroneous line of thinking ignores the “bat effect.” A baseball that hits a wall gains no energy in the process. But when it hits a fast-swinging bat, it gains a significant amount before it soars toward the outfield. In the flight scenario, the airplane plays the role of the ball and the wind is the swinging bat. Without wind there is no change in energy from the departure leg to the downwind leg. But the 20-knot wind supplies the extra energy that increases the groundspeed of the airplane. It’s the same energy increase we enjoy as we travel cross-country with a strong tailwind. To avoid a stall in any turn, take the same precautions one does in an ordinary no-wind situation. “The moral of the story is to relax, don’t worry about it, and go with the flow,” I explained.

After a smooth landing, I taxied the airplane in front of the FBO and went through the after-landing shutdown procedure. As we removed our headsets, Mr. Clyde said with a sigh, “You know, I was trying to distract you during that flight.” Before I knew it I blurted, “Oh but, compared with my kids, you aren’t very good at it.” On occasion my mouth moves faster than my brain and, with that remark, Mr. Clyde finally got the sterile cockpit he was seeking all afternoon. Why didn’t I tell him to be quiet earlier? My spirits sank with the thought that, while I had passed his quizzes, I may have failed my multiengine instructor practical exam. After a pause that seemed to last forever, he chuckled, suggested that we keep those conversations to the classroom, and motioned me toward the FBO where he wrote up my temporary certificate.

Two years ago, the world lost a treasure when Mr. Clyde passed away, but I am reminded of his lessons often. As a designated examiner myself now, I often smile inside when candidates instruct me during the preflight briefing to abide by the sterile cockpit rule—as I have no intention of doing so. Their future passengers are bound to break this rule, and I need to ensure that the pilot can handle such a situation appropriately. Of course, we should firmly ask our passengers who interfere at critical phases of flight to keep quiet. I learned this and so much more from the master himself.

Catherine Cavagnaro is an aerobatics instructor and professor of mathematics at Sewanee: The University of the South.