I never really wanted to become an airframe and powerplant mechanic. All I really wanted was to be able to maintain my own airplane without adult supervision. 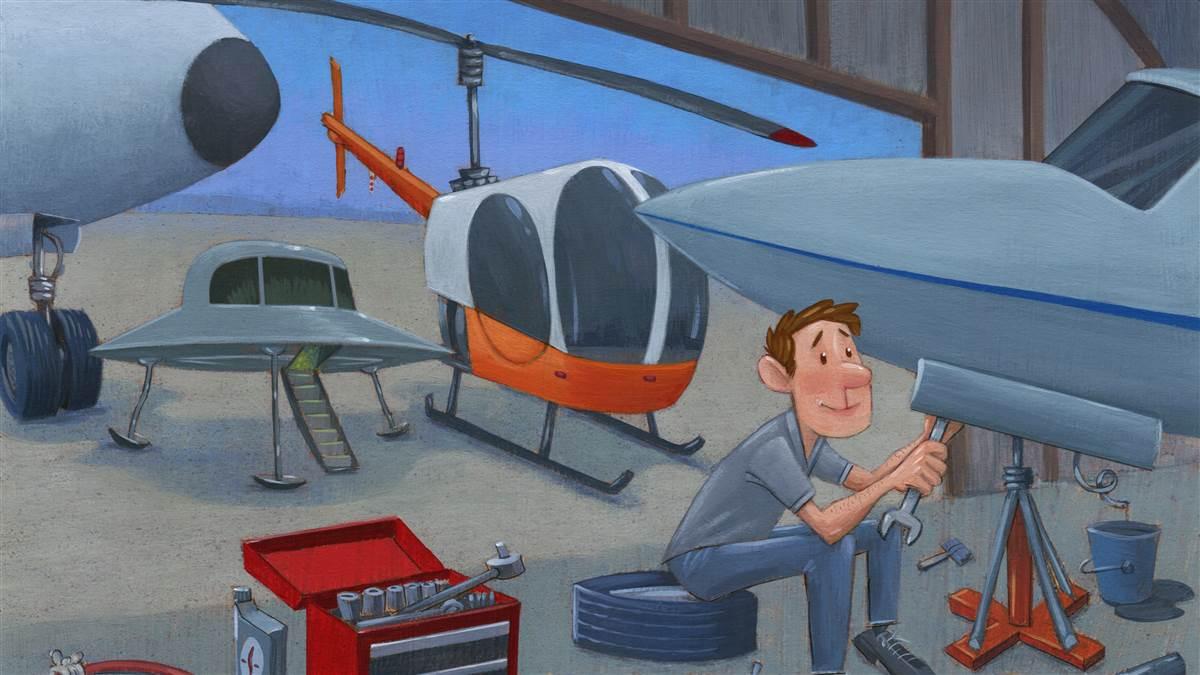 Heck, I’d been doing virtually all the maintenance of my 1979 Cessna Turbo 310 myself for about 10 years. The various A&Ps who had agreed to supervise me all agreed that I now knew more about the maintenance aspects of my airplane than any of them did. It seemed like high time for me to take full responsibility for my work and be able to sign it off.

All I wanted was something like the limited repairman certificate the FAA grants to the builders of Experimental amateur-built aircraft that permits them to maintain their own machine. I had no desire to swing wrenches on any aircraft other than my own. Sadly, the FAA offers nothing comparable for the owner of a certificated aircraft who wants to do his or her own maintenance.

My only option was to earn an A&P mechanic certificate. It was an all-or-nothing proposition.

The FAA sure doesn’t make it easy to earn an A&P certificate. Before you’re even eligible to take the tests, you must be able to document 30 months of full-time or 4,800 hours of part-time experience swinging wrenches on aircraft. To put this in perspective, it takes 40 hours of total flight experience to take the private pilot exam, 250 hours for the commercial exam, and 1,500 hours for the airline transport pilot exam. As a part-time mechanic with a serious nonaviation day job, it took me 10 years of doing 100 percent of the maintenance on a complex turbocharged piston twin to accumulate enough documented wrench-swinging time to meet the requirement.

Then there are the exams. There are four: three multiple-choice knowledge tests followed by an oral/practical exam with a designated mechanic examiner (DME). My oral/practical exam took an entire day and was significantly more difficult than any pilot checkride I’d ever taken (and as a multiengine commercial instrument pilot and flight instructor, I’ve taken quite a few).

Earning the A&P was a major accomplishment, and one that I’m very proud of. But as a longtime pilot and aircraft owner but fledgling A&P, I found certain aspects of my newly earned A&P status quite surprising.

To maintain my pilot privileges, I must undergo recurrent training and regular evaluations. The FAA requires me to submit to a flight review with a CFI every two years (even though I’m a CFI myself), and to maintain instrument currency. My insurance company requires me to undergo annual simulator training in order to keep my airplane insured. Doing all this costs me a lot of time and money, but I think it’s essential and actually look forward to each of these events. They keep me sharp and proficient.

Why the double standard?

By contrast, as an A&P the scope of my maintenance authority is virtually boundless. The FAA permits me to swing wrenches on anything from a Piper J–3 Cub and a Boeing 747 to a Blackhawk helicopter and the Goodyear blimp (although in the latter case Goodyear might not be amused). Regardless of whether it’s powered by turbine or reciprocating engine; constructed of wood and fabric, welded steel tube, monocoque riveted aluminum, or carbon fiber composite; with airfoils that are fixed or rotating, I’m allowed to work on it.

Am I the only one who thinks this makes no sense?

Unfortunately, ideas I hoped would be incorporated into the new standards—such as recurrent training and reevaluation of mechanics—were beyond the scope of the subgroup’s charter. But I feel strongly that we should continue to explore those and other improvements, like scrapping the old “Airframe” and “Powerplant” ratings in favor of a new system of meaningful type ratings such as Recip, Turbine, Small Airplane, Large Airplane, Helicopter, and Avionics; adding a major area to mechanic training and testing on principles of troubleshooting; and adding another major area on reliability-centered maintenance and avoiding maintenance-induced failures.

I just returned from my annual pilgrimage to the national convention of the Flying Physicians Association, where each year I speak to the group on aviation topics and sit through roughly 16 hours of continuing medical education sessions. I’m not a doctor, but I find this stuff fascinating, and in 2011 FPA made me an honorary member. This year, the convention was in Fort Worth, Texas.

One of the presentations I attended was by Tyler G. Hughes, professor of surgery at the University of Kansas School of Medicine and a board member of the American Board of Surgery (and a Beechcraft Bonanza owner). His talk was titled “The Surgical Biennial Flight Review,” and dealt with a program that has recently been instituted by the American Board of Surgeons to provide regular recurrent training and reevaluation of board-certified surgeons.

I realized this might be relevant to the problem of aircraft mechanic training and reevaluation. Mechanics, after all, are the surgeons of aviation.

Hughes explained the American Board of Surgery was founded in 1937 to differentiate formally trained surgeons from doctors in general practice, and to protect the public and ensure professionalism within the surgical specialty of medicine. For a doctor to become a board-certified surgeon, he had to pass a rigorous series of knowledge and practical tests administered by the board. (This was over and above the medical licensing requirements of state government entities.)

The American Board of Surgery employs a “continuous certification” protocol that calls for board-certified surgeons to obtain recurrent training consisting of at least 150 continuing medical education credits over the past five years (most of which can be obtained online), and undergo recurrent reevaluation every two years by taking an online self-assessment that involves answering 40 questions and scoring at least 80 percent.

The self-assessment is open book, but the questions are designed to be quite challenging. Doctors are given a maximum of two weeks to complete the self-assessment. If they don’t score at least 80 percent, they get another chance the following year. If they flunk again, they lose their board certification and must start from scratch to earn it again.

Why couldn’t we do this?

What if various aviation industry players got together and created an American AMT Board? What if they offered board certification of mechanics that was over and above and independent of what the government (FAA) requires to earn a mechanic certificate? This new board could define a set of subspecialties (aka type ratings) and could certify mechanics in each of the subspecialties in which the mechanic wished to practice.

What if mechanics then listed their board-certification credentials proudly after their names and “A&P” license designation, just as board-certified physicians now do—for example, “Dirk D. Doctor, MD FACS” where the “MD” denotes the government license (medical doctor) and the “FACS” denotes the board certification (fellow, American College of Surgeons). Perhaps savvy aircraft owners would look for these credentials when choosing their mechanics just as savvy patients now do when choosing their surgeons and other medical specialists.

Now, what if the AMT Board instituted a continuous certification program of recurrent training and recurrent reexamination, along the same lines as what the American Board of Surgeons recently did? Would that be insanely great, or what?