Get the app Get the app
Already a member? Please login below for an enhanced experience. Not a member? Join today
News & Media How It Works: Magneto

How It Works: Magneto

The source of the spark 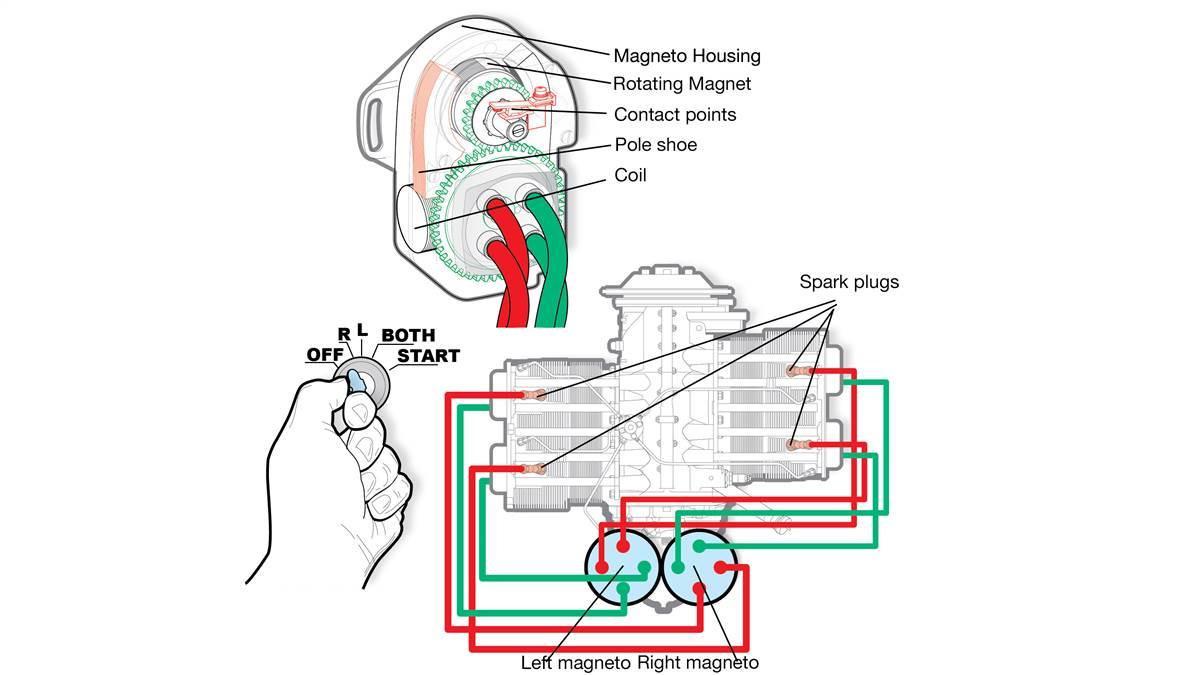 Any relative motion between magnet and wire induces current and flow in the wire.

Learn more about how the P-lead grounds the primary winding of the magneto’s coil and prevents unwanted starts.

Technologically speaking, one of the oldest components on general aviation aircraft is the magneto, a technology that is more than 100 years old. The magneto is a self-contained generator of high voltage that provides ignition to an engine through spark plugs. A magnet—hence magneto—spins in close proximity to a coil of wire. As the magnet spins (or the magnet rotor is turned), it generates a strong magnetic force that is “held back” by a primary coil. The moment the contact points open, a rapid magnetic flow generates a high voltage in the secondary coil, which ignites the spark plug, thus firing the engine. The two magnetos on most GA aircraft—the left and the right—each fire one of two spark plugs on each cylinder. There are two magnetos so that if one fails the engine continues to run, but will be less efficient. Magneto ignition systems are used primarily in lawn motors, chain saws, and old tractors; they have remained a source of power in light aircraft because they are self-contained and not attached to battery or electric systems in the aircraft, allowing the engine to continue to run even during a battery or electrical failure. Historically the FAA has required that the ignition in aircraft be separate from the battery/electrical system, but newer and better-performing electronic ignition systems are gaining acceptance.