Get the app Get the app
Already a member? Please login below for an enhanced experience. Not a member? Join today
News & Media AOPA Fly-Ins celebrate six successful years

Stay tuned for more exciting events in the years ahead

One wedding. That’s just another statistic that could be added to the information accumulated about the success of the AOPA Regional Fly-In program. Yes, a couple met at the AOPA Fly-In at Plymouth, Massachusetts, and tied the knot. Arlene Myers and Jack Alexander are both pilots. 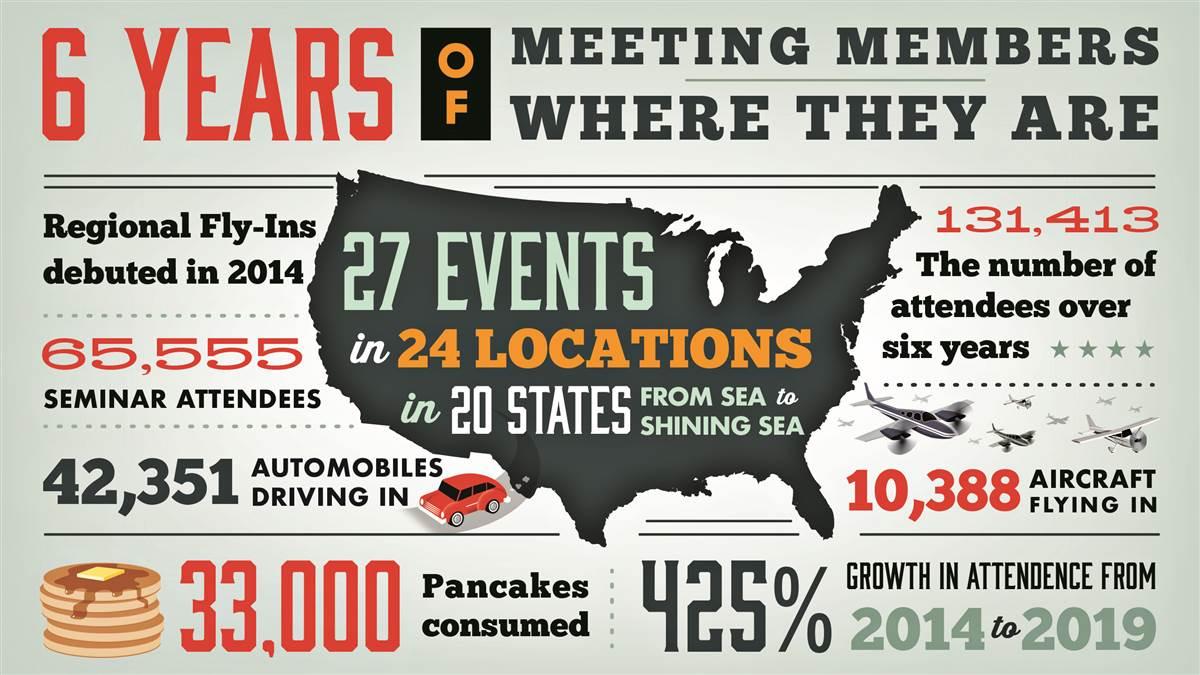 Of all the hopes and plans of the fly-in program initiated in 2014, a wedding may not have been on the list, but it's a nice bit of icing on the cake, don’t you think?

When AOPA President Mark Baker arrived at headquarters in Frederick, Maryland, to assume the mantle of association president, one of his first acts was to reconsider the annual convention the association held each year. Although very successful and often well-attended, the convention allowed only one opportunity for association staff to meet its members. Baker wanted to go “meet members where they are.” So he proposed the staff organize an old-fashioned fly-in at local airports across the country.

In 2014, AOPA visited Texas, Indiana, Massachusetts, Washington, California, and Georgia (staying home in Maryland for one event) and held a one-day fly-in that included some of the successful components of the previous convention: seminars, Pilot Town Hall, organized meals, and aircraft on display.

In the past six years, AOPA has hosted 20 more events and expanded its reach to several more states (and returning to some). The success launched an expansion to a two-day event, added activities such as STOL demonstrations and fly-overs, and broadened the event into fly-outs to nearby attractions. In 2019, AOPA hosted an extraordinary event to celebrate its eightieth anniversary at its headquarters in Frederick.

“We never dreamed we’d meet so many people so quickly,” Baker said. “We never thought people would be so happy to welcome us to their airports and communities.”

As plans are underway to schedule the AOPA Fly-Ins throughout the coming years, Chris Eads, AOPA senior director of outreach and events, has said: “It has been so rewarding to see the passion of our members, pilots, and aviation enthusiasts and celebrate their shared love of flying.” Stay tuned. Something for every pilot 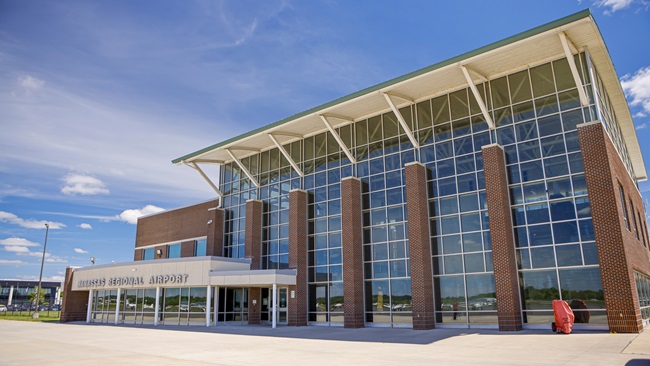