Get the app Get the app
AOPA will be closed July 4th, in observance of the Independence Day holiday. We will reopen at 8:30 am ET on Tuesday, July 5.
News & Media Letters from our October 2019 issue

Letters from our October 2019 issue 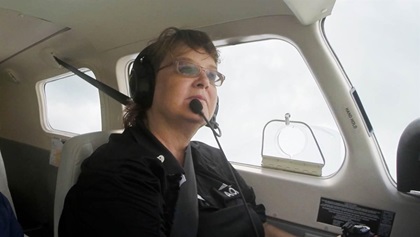 Florida is the busiest flight training spot on the East Coast, but Technical Editor Jill W. Tallman wants to know how they manage to get anything done during the month of August. “Each day during our visit to Vero Beach, we had a small window of good flying weather,” said Tallman, who visited Piper Aircraft for her pilot report on the Piper Pilot 100 (“Smooth Moves,” p. 50). “Then the rains rolled in—and out—and back in.” Senior Photographer Mike Fizer got caught in a downpour at least once while he was trying to photograph the Pilot 100 on the ground. Fortunately, a dawn patrol air-to-air photo shoot yielded enough good light to produce spectacular images of the 100 flying along the Atlantic coast.

What future trends in aviation interest you the most?

Richard McSpadden’s “Safety Spotlight: Critical Moments” was a huge affirmation of my choice to fly the Cessna 337. He never mentioned it, but for me the article was pure Skymaster advertising. The commitment to hone spring-loaded reactions for an engine-out is just too much for me, as it is for many who fly conventional twins unprepared. I believe one engine is one too few, and McSpadden’s article affirmed my conviction that they ought be put in front and in back. With 200 knots and pressurization, what’s not to like? It’s my forever bird.

In The Complete Multiengine Pilot I call it “constructive paranoia.” Select decision points such as “on the roll,” “rotation,” “liftoff,” “100 feet,” and “500 feet,” and have in mind definite actions you would take if an engine failed at one of those decision points. I have lost an engine on the takeoff roll and when climbing through 400 feet (different trips, obviously) and they were nonevents because I expected that an engine would fail—and I was right.

In case of emergency

I read Catherine Cavagnaro’s recent article in AOPA Pilot (“Technique: Checkride Versus Reality”). I have been a flight instructor for over 20 years and I agree the emergency descent is rarely considered, or practiced.

I reviewed the table of various configurations and I think she left out the one that I think makes the most sense. I would avoid high speed such as VNO or Vle because most pilots are very uncomfortable that fast and landing is going to be a problem.

High bank angles are hard to maintain in a descent even for commercial pilots and not helpful if you have a landing spot picked out in front of you.

How about VFE with full flaps and a full slip and no bank angle other than maneuver for landing? High speed is avoided. Exiting the slip can be done in the flare. Try it, I think you will like it.

I know, a slip should be avoided with full flaps. Most pilot’s operating handbooks do not prohibit but merely say to avoid because it might unport the fuel pickup and cause engine stoppage. At Vfe the engine will still be windmilling and if you are on fire and the engine quits, who cares.

I have really enjoyed Catherine Cavagnaro’s articles in AOPA Pilot. I’ve been a member since 1985 and her articles have certainly added an intellectual look at aerodynamics and aerobatics.

I just read Natalie Bingham Hoover’s “Flying Life: Silver Lining” article, and I wanted to thank her for a great article!

While I have been fortunate enough to never need an “everyday hero,” I know that they are out there. I also agree that there are a lot of them out there, and those are truly the stories we need to hear each and every day.

Thank you for the wonderful article.

We fly Twin Commanders with TKS ice protection system throughout the Midwest, North, and Southeast.

We can never get enough education on the icing environment. Every article I read gives me more knowledge.

Thanks for the concise information. It was an easy read and to the point.

I very much enjoyed Barry Schiff’s article about the Flying Tigers in the October 2019 issue of AOPA Pilot magazine (“Proficient Pilot: Flying Tigers”). It reminded me of a book I read some time ago about German fighter pilots during World War II entitled The German Aces Speak: World War II Through the Eyes of Four of the Luftwaffe’s Most Important Commanders by Colin D. Heaton and Anne-Marie Lewis.

The authors get into the personalities of the four commanders and some of their ace pilots. They talk about chivalry in combat and respect and compassion for their adversaries. Maybe you have read this book already, if so then you understand that the fighter pilots, internationally, were a breed apart from the bomber pilots or pilots of transport planes. I think it has to do with the risks they assume every time they climb into the cockpit.

I really enjoy Schiff’s columns and have for years.

A P–40 Warhawk (“Flying the American Dream”)! One of my favorite airplanes. How great to see Barry Schiff fly it. As always, he’s ahead of the power curve. Way to go, Barry.

Government’s obsession with writing rules to cover experimental flight systems before those systems are even developed (“Next Up: eVTOLs”) is putting the cart before the horse. We’d be 50 years behind where we are today if the FAA had existed while the Wright brothers were experimenting.

The rational approach is to wait while the innovators do their thing, then write standards around what works.

We welcome your comments. Send letters by mail to Editor, AOPA Pilot, 421 Aviation Way, Frederick, Maryland 21701 or by email ([email protected]). Letters may be edited for length and style before publication.