Get the app Get the app
Get the latest news on coronavirus impacts on general aviation, including what AOPA is doing to protect GA, event cancellations, advice for pilots to protect themselves, and more. Read More
Already a member? Please login below for an enhanced experience. Not a member? Join today
News & Videos Never Again: Multiplying risks

Margins too close for comfort

It was Labor Day weekend, and I was looking forward to a weekend at Lake Tahoe with my family. I flew my wife and two toddlers up to Truckee-Tahoe Airport from San Carlos Airport just south of San Francisco. The flight was fairly uneventful, aside from a delay because of a disabled aircraft on the runway. The flight home, however, was anything but uneventful. 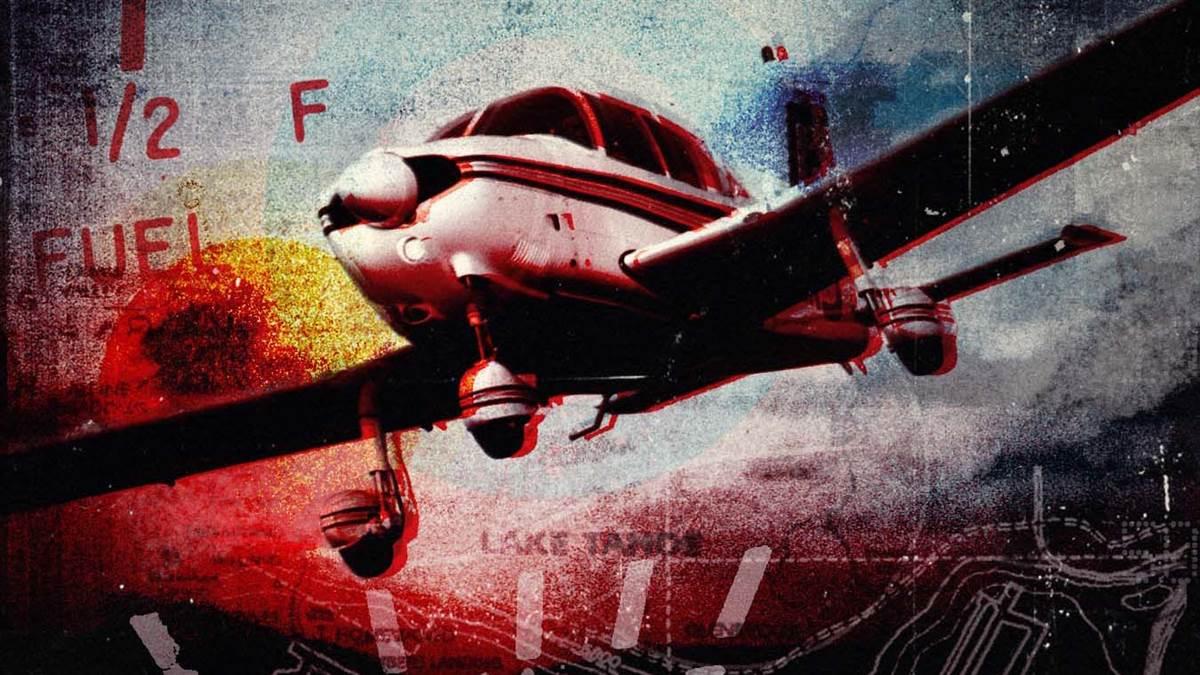 The plan was to depart Monday at 7 p.m. Sunset was at 7:35, so that would put me well out of the mountains before darkness fell. It would also allow the air to cool down enough to get the density altitude below 8,000 feet, which I had decided was my limit. The airplane needed to be as light as possible for the high density altitude departure, so I added only 10 gallons of fuel at Truckee after I arrived. I had confirmed that I could get another night at our hotel if I needed to wait until morning.

We had a good time Monday floating down the Truckee River and letting the kids ride bikes. I began loading and preflighting the Piper Cherokee 180 at 6 p.m. I was pretty tired, but judged myself OK for the flight. My weather briefing showed 15 knots of headwind from the south and a slight possibility of an overcast layer at San Carlos—that allayed my concerns about mountain wave turbulence. The graphical forecast showed only scattered clouds at 1,100 feet, but the San Francisco TAF had a broken layer at that altitude. It’s common for San Francisco to be socked in while San Carlos is clear, so I expected clear skies for landing. I was planning to pick up an IFR clearance once I was out of the mountains, anyway.

What I didn’t do at this point was reevaluate my fuel situation. I had 2.5 hours of fuel on board. The trip would take 1.3 hours in zero wind, giving a tight but acceptable margin. However, I had a headwind to deal with. Also, the nearby marginal ceilings at San Francisco should have been cause to plan fuel for a missed approach and alternate. It’s hard to say exactly why I didn’t do this, but it was probably a combination of all the family and loading details as well as my 7 p.m. deadline and fatigue.

We took off from Truckee at 7:15. On climbout I managed 500 fpm at VY, which was about 75 fpm better than I had calculated. We turned on course toward Donner Lake and headed west over the mountains. A flaw in my plan became immediately apparent: We were faced directly into the sunset. My forward visibility was terrible. I couldn’t see much to my right because of my position in the cockpit, but I could see to the left. I flipped to the terrain page on my Garmin GNS 430 and navigated via the red and yellow blotches, ForeFlight, and what pilotage I could manage. I also had my wife watch for terrain out her window. I breathed a big sigh of relief once we made it up to 10,500 feet and the terrain page was a reassuring black. I trimmed for cruise and we enjoyed the beautiful sunset views.

Once we got over the Central Valley, night fell and I picked up my IFR clearance with NorCal Approach. They immediately informed me that San Carlos was closed because of an accident. I told them I’d switch to Palo Alto and quietly hoped San Carlos would reopen in time.

After getting my clearance, I ran another cruise check. I was only making 100 knots over the ground. Based on the winds and my expected IFR route, I’d land with 45 minutes of fuel remaining. Yikes. The whole South Bay was still reporting good VFR, though, so I wasn’t concerned about going missed. I seriously considered declaring minimum fuel, but I couldn’t remember the exact requirements. I should have, as any delay would have caused me to burn into my IFR reserves. I spent the remainder of the flight watching the fuel gauges, totalizer, and groundspeed while micromanaging the mixture.

I considered diverting to a closer airport, but I had two young kids in the back who desperately needed to get home to their beds. I didn’t even think about stopping for fuel because it was too late for an FBO fuel truck. My home airport has no self-serve, so I’ve never filled up my own airplane before. The thought of figuring that out for the first time at night with my family on board was not appealing.

I asked NorCal Approach about San Carlos again. They told me it was a pretty serious accident and that it would be a while. I resigned myself to a diversion. Later I learned a Cessna 185 had ground looped, buckled a gear leg, bent a wing, and had a prop strike, and the pilot was fine.

I was planning to shoot the GPS 31 approach into Palo Alto. However, when the ATIS came in range I learned that the GPS 31 approach was not available at night. That left the VOR approach and the visual. NorCal hates the VOR approach because it interferes with the flow of airline arrivals into San Jose. They’ll give it to you if you insist, but you can expect delays. I couldn’t afford delays, so I took the visual. The runway lights at Palo Alto are dim, so I usually identify the field by finding the brightly lit ramp area. I thought I saw it, but that turned out to be a parking lot.

I simply couldn’t see the field in the dark. I probably clicked the lights on six times. I had to use a combination of dead reckoning, pilotage, and GPS to get myself more or less on final. Finally I found the field on three-mile final. After that, the landing and taxi were uneventful. I had 7.8 gallons remaining, or 49 minutes.

I rode in an Uber to pick up the car from San Carlos; I was completely wiped out. When I finally got home and put the kids to bed, I collapsed and was asleep in minutes.

The next day I thought through my decisions during the flight. Each risk I took was manageable by itself, but together they produced an unacceptable outcome. When risk factors come together, they multiply.

The high density altitude departure required a light fuel load, which put me at risk of a fuel emergency. The lack of FBO services available at night reduced my refueling options, and my kids in the back added considerable pressure to continue.

I chose to take off near sunset because of the high elevation. This nearly blinded me to terrain when I turned west into the sun. It also introduced schedule pressure, since I was unwilling to fly over mountainous terrain in the dark. As a result, I rushed my weather briefing and didn’t take the time to consider the effect on my fuel requirements. I also felt the need to turn toward home immediately after departure instead of circling in the Truckee Valley for altitude.

After a long day of chasing kids, rafting, and a stressful flight, I was exhausted as I began my approach. If I had been thinking clearly I could have declared minimum fuel and asked for the VOR approach. Alternately I could have canceled IFR and flown direct to the field for a normal VFR pattern. Instead I blindly blundered down a visual approach until I was nearly on top of the field.

I’ll also be making a few changes to my personal minimums as a result of this sobering experience. I won’t be doing any more night flights with young kids on board. Their bedtime needs produce get-home-itis in the extreme. Next time I go to Tahoe with the family, I’ll insist on a morning departure.

In the future I will plan two alternates when flying IFR—one for weather and one for other diversions. When I had to divert for non-weather reasons I chose Palo Alto because it was closer to home. I hadn’t seen the notams for Palo Alto, which complicated my approach planning.

Finally, if I ever find myself near legal fuel minimums again, I won’t hesitate to declare minimum fuel and get the help I need. I didn’t declare because it was my own bad decisions that had put me in this situation, and I was worried about the repercussions. By failing to declare, I was valuing my certificate above the lives of my wife and kids. I won’t make that mistake again.

Never again will I expose my family or myself to that level of risk. We made it home safely, but it was too close for comfort.

John Parker is a private pilot from Sunnyvale, California, who likes to fly his family around the state in his Piper Cherokee 180.