Get the app Get the app
AOPA will be closed on Monday, January 2020, in observance of Martin Luther King Jr. Day.
Already a member? Please login below for an enhanced experience. Not a member? Join today
News & Videos Opinion: Savvy Maintenance
Savvy Maintenance coverage sponsored by Aircraft Spruce

Mark is the owner  of a beautiful Cessna 185 Skywagon based in the San Francisco Bay area. Awhile back, Mark and his wife travelled to Minden, Nevada, in this airplane to visit with Mark’s mother-in-law. A few days later, they returned to the airport intending to fly home. But when Mark started the Skywagon’s engine—a Continental IO-520—he saw just about the last thing a pilot wants to see: The oil pressure gauge never budged from the zero mark. 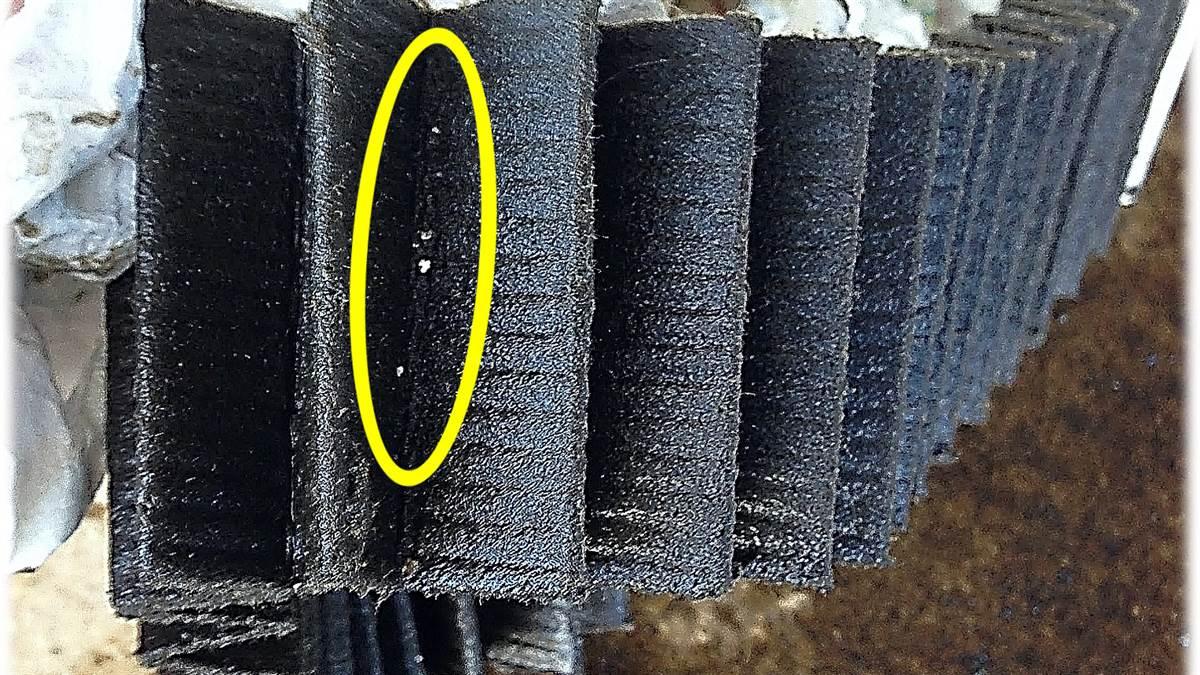 The photo of Mark’s oil filter didn’t exhibit anything exciting.

After a brief period of this can’t be happening! Mark shut down the engine and started thinking about what to do next. It was a Sunday, of course. (These things always happen on weekends when all the maintenance shops on the field are closed.) The only sign of life at this nontowered airport was the presence of a couple of linemen at the airport’s sole FBO.

Mark asked one of the linemen if he knew of any A&P mechanics in the area who might be able to help with his predicament. The lineman rummaged around in the office and emerged with the phone number of an A&P who lived nearby. Mark called the number, explained his exigency, and the mechanic suggested Mark have the FBO tow the aircraft to his maintenance hangar and promised to meet him there.

Little did Mark anticipate the drama that would unfold over the next few hours.

When the two met up at the hangar, the mechanic’s first few steps were reasonable and prudent. First, he checked the dipstick to make sure there was plenty of oil in the sump (there was). Next he verified the symptom reported by Mark by plumbing a calibrated pressure gauge into the oil system and starting the engine. Both the cockpit gauge and the external gauge read zero, confirming that this was a real lack of oil pressure and not just an indication problem with the cockpit gauge.

The A&P removed the oil filter, cut it open, and inspected its contents. He then told Mark that there was “significant bearing metal in the filter” and informed him that the engine would need to be torn down. While Mark was still processing this unexpected bad news, the A&P disappeared into his office for a few minutes and emerged with a written estimate for the engine removal, teardown, and reinstallation totaling something well north of $10,000.

Mark was now in a complete state of shock. He was stuck somewhere he didn’t want to be. Some mechanic he’d never met before and didn’t know whether to trust was telling him that his engine was toast. Mark was way outside his comfort zone. He believed he needed an expert second opinion before approving such a drastic course of action. He placed a call to my company hoping someone would answer on a Sunday. He wound up speaking with me. 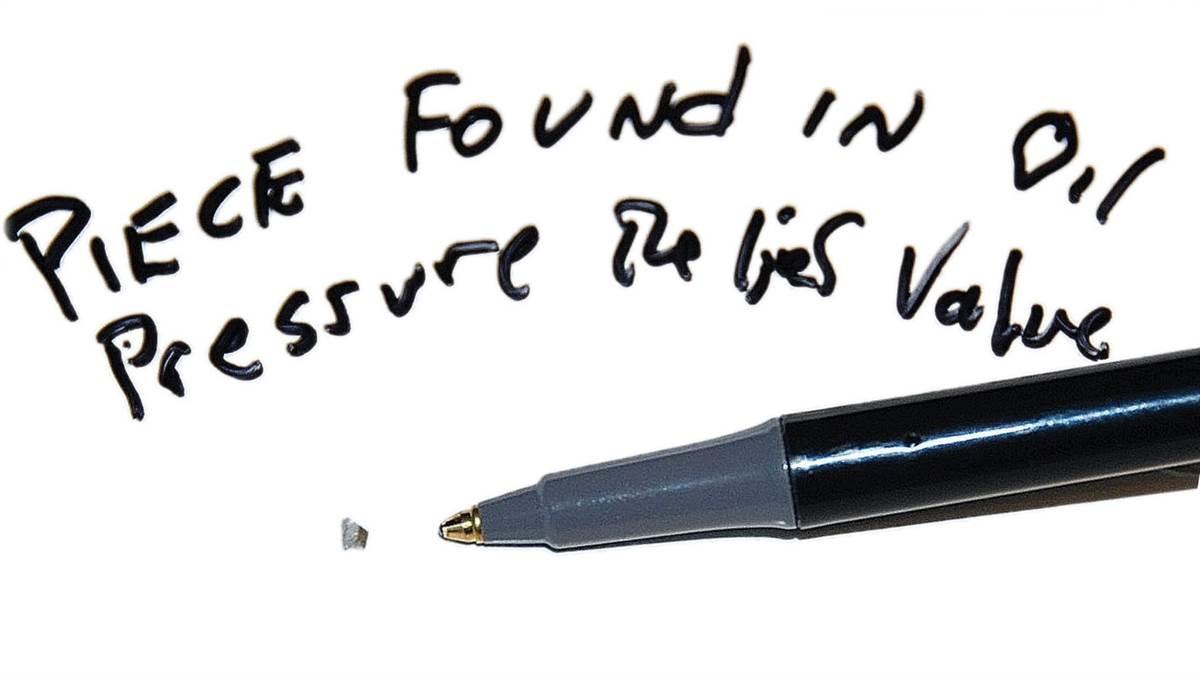 This tiny chunk of aluminum lodged in the pressure relief valve accounted for the lack of oil pressure at start-up. 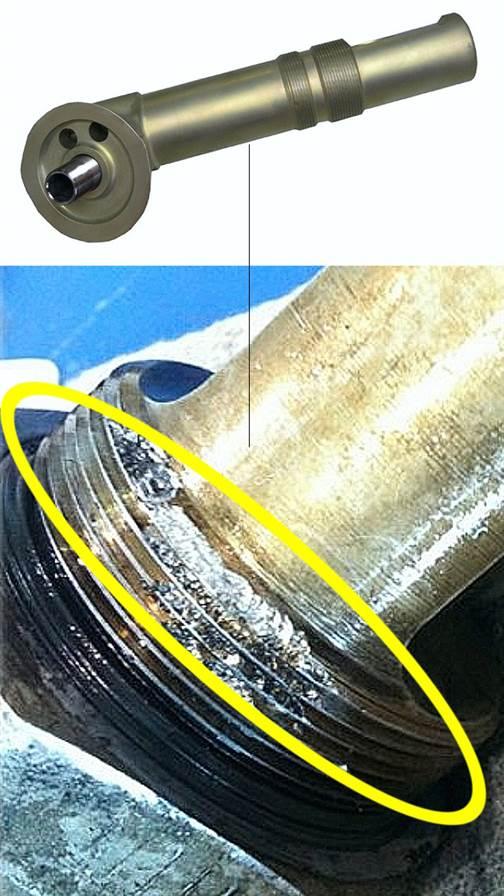 Mark briefed me on his situation. He sounded to me like a pretty maintenance-savvy owner. I asked Mark to send me a couple of cellphone photos of the oil filter media that the A&P had described as containing “significant bearing material” so I could assess the magnitude of the disaster. A few minutes later, I received the several photos of the filter media, including the one on p. 88.

I examined the photos under magnification and saw only a small amount of what appeared to be aluminum. It didn’t strike me as being a significant quantity, and it certainly didn’t appear to be bearing material. This didn’t seem like anything that justified the drastic step of tearing the engine down.

I suggested that Mark ask the A&P to unscrew the pressure relief valve housing and inspect the valve for contamination. About 30 minutes later, Mark sent me another photo (facing page).

I asked Mark to check the tiny chunk of metal with a magnet. He reported that it was nonmagnetic. Given that fact plus the obvious silvery color, I concluded it was almost certainly aluminum (and not bearing material). I told Mark that I was not particularly concerned about this tiny piece of aluminum “unless there are a bunch of its brothers and sisters in the oil sump.”

Mark relayed my thoughts to the local A&P, who still insisted that the engine needed to be torn down. Now Mark began to panic. “What can I do?” he asked. “Can this A&P ground my airplane? Can he hold it hostage until I agree to the $10,000-plus teardown?”

I reassured Mark that there was no need to panic, and that I would help guide him through this kerfuffle. In the course of our conversation, I learned that Mark was handy with tools, did his own oil changes and other preventive maintenance, and even carried a pretty decent traveling toolkit in his airplane. Since the local A&P seemed unlikely to cooperate with any other resolution but teardown, I suggested that Mark instruct the A&P to put his airplane back together, obtain a logbook entry for the work performed so far, pay the man for his labor, and get the airplane out of the A&P’s hangar pronto.

The A&P reluctantly reassembled the pressure relief valve, installed a new oil filter, cowled up the engine, and towed the airplane out of his hangar. He handed Mark an invoice for a couple of hours of labor and a gratuitously nasty logbook entry that made it clear Mark was removing his airplane against the mechanic’s advice. I told Mark not to worry about the entry, not to paste it into his logbook, and to throw it away after one year as permitted by FAR 91.417.

Taking matters into his own hands

Mark started the engine. Oil pressure now came up, as I was confident it would. With the foreign material removed from the pressure relief valve, oil pressure was now fine.

I had Mark taxi back to the FBO and drain his engine oil into a bucket through some cheesecloth to find out if any more chunks of aluminum were in the sump. There weren’t.

I asked Mark to service the engine with fresh oil, which he purchased from the FBO, and then he perform an extended runup, watching the oil pressure needle carefully. Oil pressure was rock-steady. I then asked him to do a full-power high-speed taxi down the airport’s 7,400-foot-long runway. Once again, everything checked out perfectly. Finally, I asked him to taxi back to the FBO, verify that they had a replacement oil filter they could sell him (they did), and then cut open the oil filter that the local A&P had installed. The filter was clean as a whistle.

At this point, I told Mark that I was comfortable with him flying the airplane home. He said he was, too. But since it was now late in the day and Mark and his wife were emotionally spent, Mark decided to fly the short hop to Carson City where they would remain overnight, and then fly home Monday morning.

The rest of the story

Early next morning, Mark and his wife departed Carson City in the Skywagon, crossed the Sierras overflying Interstate 80, and continued home to the Bay Area. The engine performed flawlessly, and the oil pressure never wavered. Once home, Mark cut open the oil filter, once again and once again it was clean, with no signs of metal.

Two weeks later, Mark’s airplane went in for its annual inspection, and we found the source of that pesky bit of aluminum that had lodged in the pressure relief valve and initiated all this drama. The shop discovered that the engine’s oil filter adapter jam nut hadn’t been torqued properly at the previous annual inspection—this is the subject of a recurring AD—allowing the adapter to vibrate and tearing up some of the aluminum threads.

Just imagine how Mark would have felt had he given in to the A&P’s demand for an engine teardown, only to discover this. That would have been a tragedy. Yet that’s precisely what would have happened had Mark not had the presence of mind to seek a second opinion and the courage to take matters into his own hands.AOPA 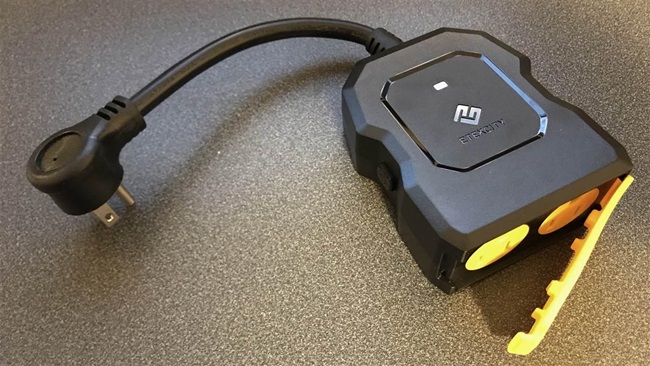 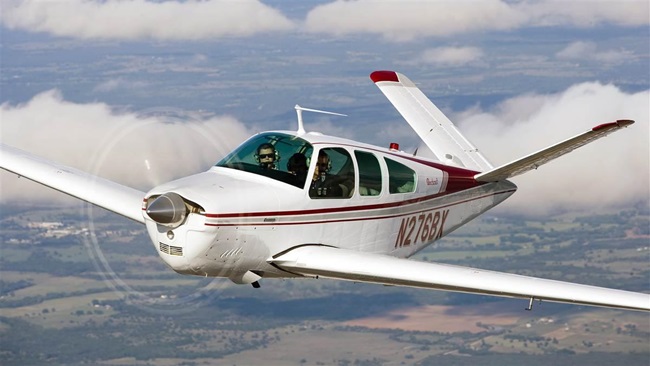