Get the app Get the app
Already a member? Please login below for an enhanced experience. Not a member? Join today
We will be performing maintenance on our systems Sunday, 5/22/2021, beginning at 12:00 A.M. ET and ending at 6:00 A.M. ET. During this time, you may experience intermittent service outages. We appreciate your patience.
News & Media Windy City winner

General aviation  often has to wait for some of its most valuable players. GA sits on the sidelines while they pursue nonaviation careers, or get married, or have children—often all three. 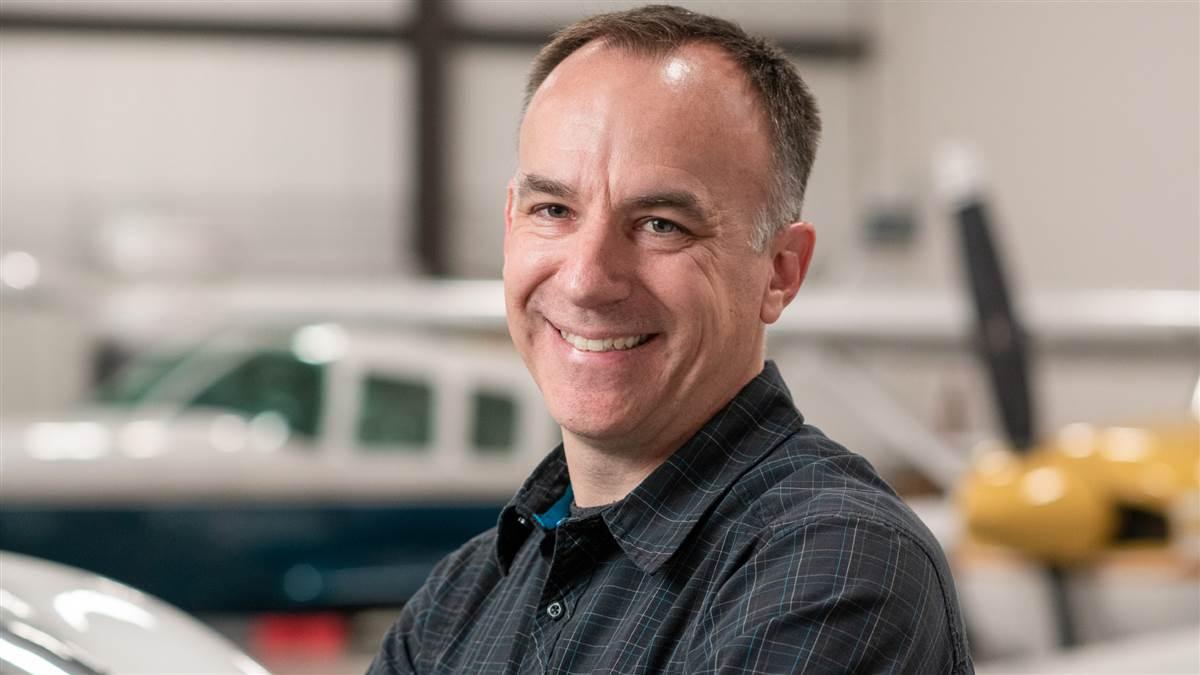 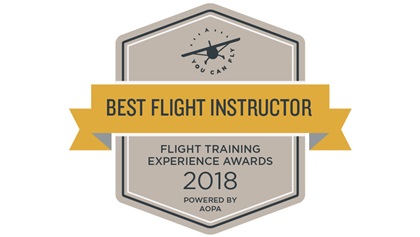 ‘Flying is supposed to be fun’

Mike Biewenga, chief flight instructor at Blue Skies Flying Services at Lake in the Hills, Chicago, says he often finds himself handing out random advice to flight instructors. Seeing as how he is the Flight Training Experience Awards’ 2018 CFI of the Year, we thought we’d ask him for some advice, too.

But when these MVPs discover—or, in Mike Biewenga’s case, rediscover—flying, it’s a whole new ballgame.

So it is with Biewenga, who was named CFI of the Year in the 2018 Flight Training Experience Awards. He has been a full-time flight instructor just four years, but he loves aviation and has been a part of it since he was a college student at the University of Illinois.

Biewenga is chief flight instructor at Blue Skies Flying Services at Lake in the Hills Airport (3CK) in Illinois. The flight school sits under a 4,000-foot shelf of Class B airspace surrounding Chicago O’Hare International Airport. (Incidentally, Blue Skies was named Best Midwest Flying School in the Flight Training Experience Awards for the second year in a row.)

Biewenga earned his instrument rating and commercial and flight instructor certificates at Blue Skies, and he wouldn’t think of flight instructing anywhere else. “It’s a great group of people,” he said. “Every time I would get a[n advanced] rating I would seek out the best person I could find for that, and Blue Skies was the place.” His mentor was Jim Fellers, who was named 2017 Midwest Region Best Flight Instructor. Fellers also teaches at Blue Skies.

“I live 15 minutes from [Chicago Executive] Airport,” Biewenga said, “but the scene at Blue Skies is just so much better.” It’s worth the additional 15- or 20-minute drive in Chicago traffic, he said, to be part of the friendly group at Lake in the Hills. “They’re very welcome and positive and upbeat, and everyone supports each other,” he said.

Biewenga traces his love of aviation to childhood, when a family acquaintance with an airplane took him for a ride. “He lived in a residential airpark. I thought that was all super cool.”

Biewenga had wanted to study aeronautical engineering, but, he said, the job market wasn’t welcoming at the time. “It was build missiles or bombs or be out of a job,” he said. He graduated with a degree in civil engineering with an emphasis on airport design. He remained in Illinois and continued to fly, earning an instrument rating.

This is the point in the narrative when you often see the phrase, “then life happened.” Biewenga married Daun Frieders Biewenga, and they had two children. His engineering career transitioned to starting a software business, which kept Biewenga busy and mostly on the ground for many years.

But he missed flying. “It was a lot more fun than staring at a computer all day,” he said. He started working on advanced ratings with the idea that he’d be a part-time flight instructor.

“I quickly got very busy with [flight instructing], and it started to catch all my attention,” Biewenga said. “The software stuff got mothballed.”

Every day is different 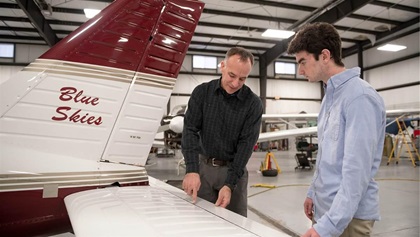 The best part of teaching flight, Biewenga said, is being able to spend time with people who love aviation.

“It’s a parade of interesting people who come through the door,” he said. “Anyone who wants to fly has a certain personality trait that’s a little hard to describe. They enjoy life.” He added, “It’s neat to hang out with all kinds of people who have that kind of positive quality to them.

“Yesterday I flew with a professional pilot from Alaska who wanted a checkout in our Archer,” Biewenga said. “Then I met with an older guy who had an expired CFI certificate who wanted to get that reinstated. And then a 17-year-old high school [student] who wanted to start taking lessons.”

He said he doesn’t have a specialty, but he particularly enjoys working with clients who have had a challenging time learning to fly. “I turn them from unhappy to happy people,” he said. “I’ve gotten pretty good at that.”

Biewenga’s clients describe him as “professional, knowledgeable, prepared, consistent,” with “uncompromising high standards.” He said working with “high-value” clients when he was with an engineering consultant firm helped instill in him the importance of keeping customers happy, and that’s a work ethic that he has brought with him into flight training.

Part of keeping clients happy is managing their expectations, Biewenga said. “People can accept that they’re not going to get done in 40 hours because that’s not normal, as long as you set that expectation,” he said. Explain to the client how it works up front, he stressed.

He’s proud that he has a 100-percent success rate with students—not just in passing the checkride, but in completing the requirements for the certificate and not being among the 80 percent of student pilots who start but never finish. “They get their license,” he said of his clients. “They don’t throw in the towel.”