Get the app Get the app
Already a member? Please login below for an enhanced experience. Not a member? Join today
News & Media Never Again: The precarious U-turn

It’s a jungle out there

Airspace in the vicinity of Los Angeles International Airport (LAX) is among the busiest in the world, and special procedures have been employed for decades to control traffic and maximize safety in the area. One of these procedures/devices was the LAX VFR corridor. 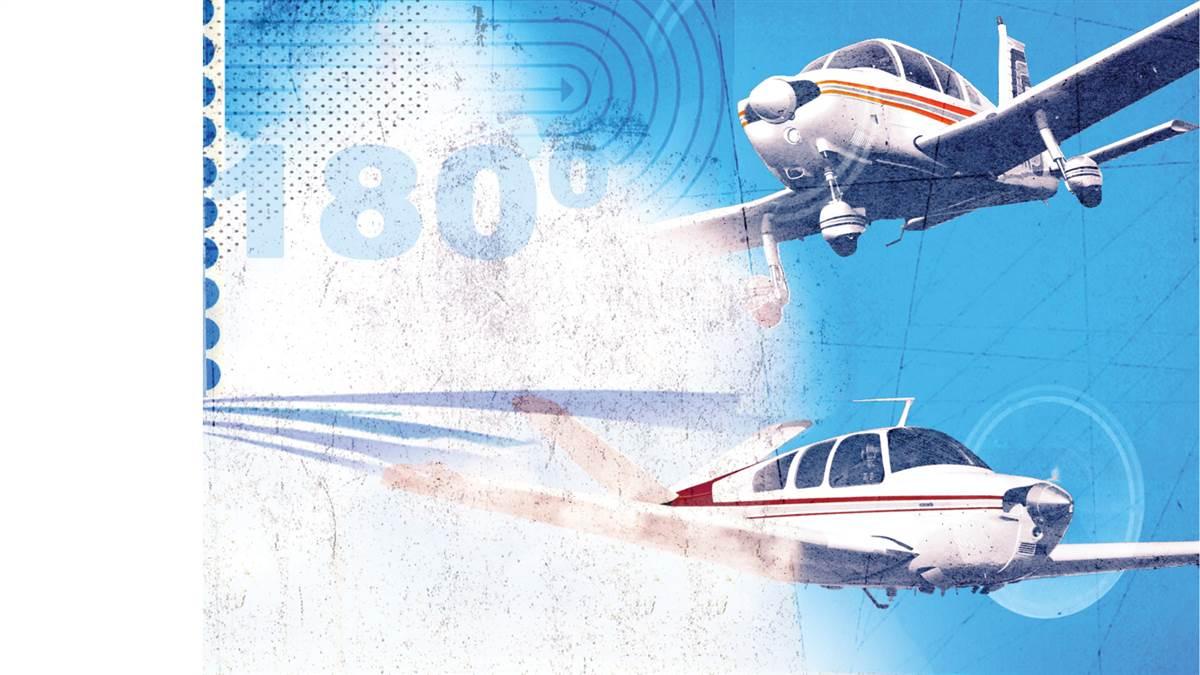 Hear this and other original “Never Again” stories as podcasts every month on iTunes.

“Never Again” is presented to enhance safety by providing a forum for pilots to learn from each others’ experiences. Email “Never Again” submissions to [email protected].

In the 1990s, as a then-VFR-only pilot flying out of Van Nuys, California (VNY), I would use the LAX VFR corridor often. Established in 1988, the corridor represented an easy way for general aviation traffic to transition northwesterly or southeasterly over LAX without having to talk with ATC.

The corridor’s operation was deceptively simple and was very similar to the operation of today’s special flight rules area over Los Angeles International. One entered the corridor at either its north terminus (at 3,500 feet msl) or south terminus (at 4,500 feet msl), and then flew along the Santa Monica VOR 132-degree radial. Pilots were to make blind broadcasts on a specified frequency at certain VFR checkpoints such as “over the [El Segundo oil] refinery.” Most of us made lots of such blind broadcasts, including extras such as “over the north runways” of LAX. I’m a big believer in blind broadcasts in congested airspace when there’s no ATC oversight.

One fine summer day, I decided to fly to Long Beach Airport (LGB), situated southeast of my home airport in Van Nuys. While I could have chosen to follow a circuitous route around the east border of the LAX Terminal Control Area (TCA, the forerunner of today’s Class B airspace), it would save time and money to use the corridor. It was always a visual pleasure to fly over the Los Angeles area: I knew the airspace and ground landmarks intimately, and they held many positive memories for me. Besides that, it was more picturesque to fly with the Pacific Ocean just off one wing tip and “my town” off the other.

Flight Service predicted easy VFR weather for the entire route, both coming and going: no precipitation, no close temperature-dew point spreads, and light winds. I preflighted the Piper PA–28-161 Cherokee, started up, and taxied the long distance from the FBO, down the parallel taxiway along Van Nuys’ Runway 16R, to runup. The runup was uneventful, and I was ready for fun.

The Santa Monica mountains form the southern edge of the San Fernando Valley in the vicinity of the Van Nuys airport. South and southeast of those mountains lies the extensive Los Angeles plain. Sitting on the ramp at Van Nuys, the slant-range view out the windscreen permits only a limited view of the weather over Los Angeles.

After being granted a straight-out departure off Runway 16R, I was cleared for takeoff and climbed at VX to 3,500 feet, dipping the nose from time to time provide a better view toward potential oncoming traffic. After satisfying myself that the controllers weren’t talking to anyone inbound from the south, I asked for and was granted a frequency change to the corridor interplane frequency. I dialed in the new frequency.

Just before I hit 3,500 feet, I intercepted the Santa Monica VOR (SMO) 132-degree radial’s reciprocal, inbound to the SMO VOR, ready to continue over the corridor toward LGB. Everything was going well so far.

At my target altitude, I leveled the airplane, trimmed for level flight, confirmed being on my radial, and began the first of my several blind broadcasts: “L.A. VFR corridor traffic, Cherokee One-Two-Three-Four-Bravo, over Santa Monica, Southeast-bound, 3500 level.”

Visibility was excellent around me, so I extended my scan to the airspace south of LAX, where I would be in a couple of minutes or so. What I saw was a little surprising: It looked like a fine mist. I could see through that mist easily. In fact, I could see the Torrance airport (TOA), before which I planned my eastward turn toward LGB, with no problem. There was no cloud, per se, in the area. Still, that sight became slightly haunting. I was going to keep an eye on it, for sure.

I heard no other airplanes’ broadcasts during this flight, so I assumed I was alone in the corridor. It was comforting.

Now, time to have another look at that mist. It seemed OK. No change, easy to see Torrance.

As I reached LAX’s north boundary, the mist started to become solid very fast. What? From no cloud and easy translucence, all of a sudden there were instrument meteorological conditions at my 12 o’clock. I’m a VFR-only pilot in a VFR-only piece of airspace and I’m about to hit a cloud wall? Not good.

I decided immediately that the legendary 180-degree turn was my only option. But I was in a highly regulated piece of airspace. If I were to head back toward VNY, I’d need to climb from 3,500 feet to 4,500 feet in a thin box of airspace where only straight-and-level flight was permitted. I could not tolerate flight into a solid wall of cloud that had appeared with, it seemed to me, no warning.

At least there weren’t any other aircraft in the corridor. Thank heaven for small favors.

Visibility was dropping rapidly as I began my 1,000-foot, climbing left turn. I twisted the VOR for the SMO 312-degree radial. Although I had heard that instrument flight operations limit turns to standard rate (3 degree per second, which would take a full minute to complete my U-turn), I knew that I could not take that long. After all, I was flying over LAX, and a turn radius like that would take me way out of the corridor and closer to big, fast, mean jets not expecting to see me in their windscreens.

I decided to make the turn much faster than standard rate. I had the airmanship under my belt to do it.

After just a few degrees of turn, I saw him. A V-tail Bonanza coming toward my flight path from the opposite direction at what I estimate to have been below 4,000 feet. The pilot had not made any blind broadcasts. He wasn’t on altitude. I saw him (he had dark hair and was wearing glasses) for only perhaps two to three seconds, total. We came to within about 50 feet of each other. Then, he was gone. Whoosh.The Phantom of the Corridor was on his merry way, heading approximately where he was supposed to head, apparently oblivious to his errant ways and my presence.

I continued my turn to 312 degrees, completed my climb to 4,500, and felt pretty safe. Finally.

The Three Stooges used to moan that they were “A victim of circumstance.” I joined the ranks of Victims of Circumstance that day. Did I have culpability? I’m not sure. But I did learn from the experience:

I will never again assume that a very light mist—even one through which I can see over 10 miles slant-range and with no associated visible, thicker cloud—will remain light for the next three minutes. Any such impediment to visibility is grounds for an instant 180 while I request a pop-up instrument clearance.

Also, I will always assume that other airplanes are lurking out there, in the places they shouldn’t be, with broken com radios and useless ADS-B transmitters. Randy Newman’s song, It’s a Jungle Out There, comes to mind.

Capt. Edward A. Murphy, after whom Murphy’s Law was named, was a researcher who studied crashes at Edwards Air Force Base. His work applies to aviation as well as other fields. Let’s keep that in mind and stay safe.AOPA

Dr. Steven Mark Sachs is a private pilot who lives in Washougal, Washington.