Get the app Get the app
Get the latest news on coronavirus impacts on general aviation, including what AOPA is doing to protect GA, event cancellations, advice for pilots to protect themselves, and more. Read More
Already a member? Please login below for an enhanced experience. Not a member? Join today
News & Videos Quick Look: Cessna Conquest II

Versatile, easy to fly, and efficient

Cessna’s 441 Conquest II started life in 1977 known simply as Conquest. Its inception was marred by tragedy when tail failures prompted the FAA to ground the fleet—twice. Cessna reengineered the entire tail, significantly beefing it up and retrofitting the fix to all existing airframes. Since then, the design has matured and is coveted for its speed, efficiency, and impressive range. 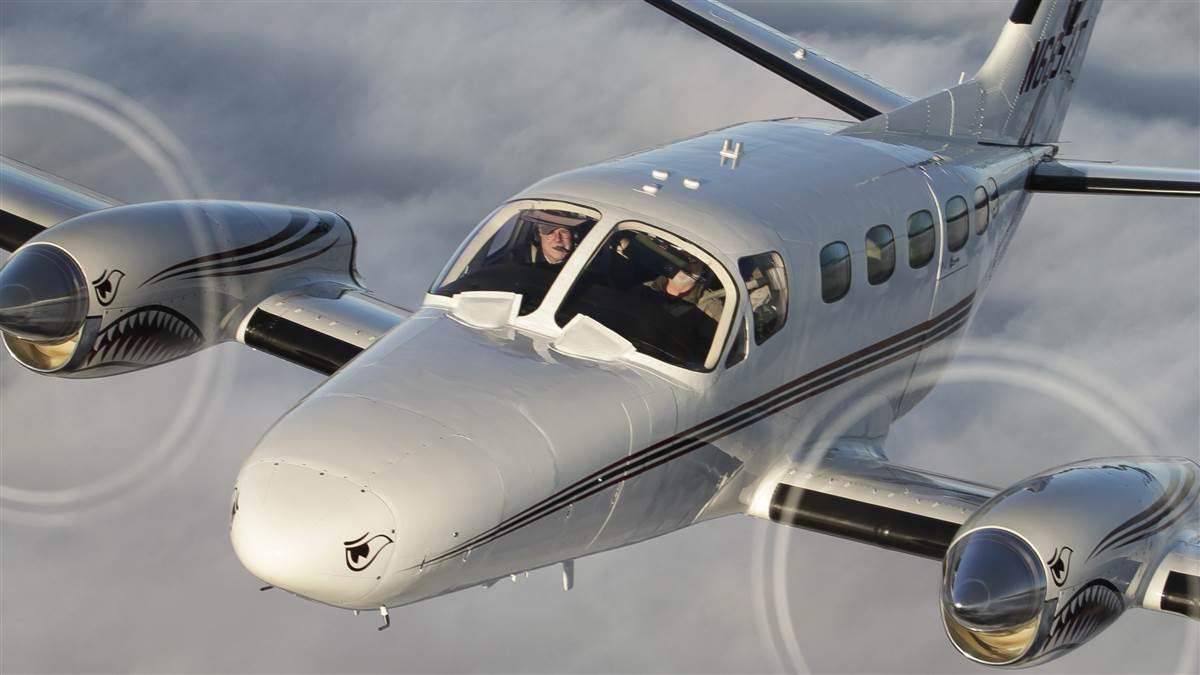 Cessna, meanwhile, created a smaller turboprop largely based on its popular 421 Golden Eagle, to be known as the Model 425 Corsair. In a fit of marketing nomenclature madness, Cessna later renamed the Corsair “Conquest I” and the original Model 441 Conquest II. Got it? Since both of these airplanes were converted from piston models (the C441 is based on the Model 404 Titan), they are an easy step up for piston-twin pilots.

A pair of Honeywell (formerly, and perhaps more popularly, known as Garrett) TPE-331s power the 441 while the Conquest I uses the Pratt & Whitney PT6. Ramp dwellers will note the 441’s propellers at rest in fine pitch, while the PT6’s props are feathered when parked. Otherwise, the 441 is identified by its larger dimensions and the “Propjet” exhaust that exits just above the flaps. The exhaust itself provides some thrust.

A -10-equipped 441 can exceed 310 KTAS at Flight Level 290. At FL350, speed falls to an even 300 KTAS on 335 pounds per hour or 50 gph. With 475 gallons of usable fuel, the Conquest II can cross the continental United States and land with plenty of reserve. On light wind days, it can even do the westbound crossing. Thankfully, the airplane is equipped with a potty seat.

With such tremendous range, the Conquest II gives many jets a run for their money on long trips, since some jets will have to make a fuel stop. If cabin load doesn’t dictate otherwise, lots of cheap fuel can be carried into airports where fuel is pricey, saving an owner thousands. Not stopping is also a boon for overall safety and reduces cycles on all components.

As for warts, the Conquest II has a few. Owners lament that the airplane is “underbuilt” with systems shortfalls including weak cabin pressurization. At its 6.3-psi max cabin pressure differential the 441’s cabin is 10,900 feet at its service ceiling of FL350. As the airplanes age and minor leaks start to add up, that figure is optimistic at best. At the 441’s lofty cruise altitudes where maximum efficiency is found, supplemental oxygen is a must, especially given the fact that the 441 can stay up high for six hours.

Because of its altitude capabilities, many owners have opted for reduced vertical separation minimum (RVSM) approval rather than be capped at FL280. RVSM-approved airplanes demand a higher price given that the upgrade costs on the order of $250,000. Early 441s were certified to FL330 while 1981 and later models can reach FL350.