Get the app Get the app
Already a member? Please login below for an enhanced experience. Not a member? Join today
News & Media Training Tip: A perfectly awful maneuver
Sponsored by Aircraft Spruce

The flight instructor’s steep-turn entry was irresolute and uncoordinated. As the maneuver proceeded, the altitude loss blew right through practical-test tolerances. 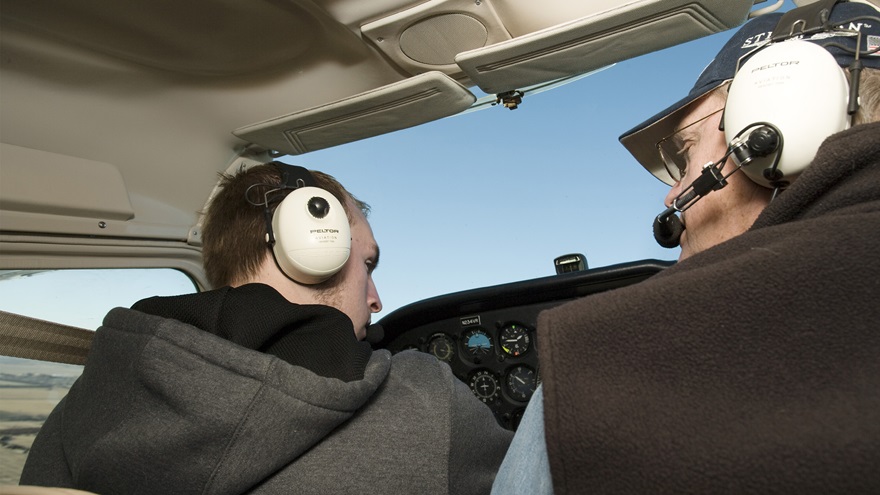 Sometimes it takes seeing things done incorrectly to understand how to perform them correctly. Photo by Mike Fizer.

“That’s how you do it,” the instructor said cheerfully.

Before you cry “fraud” and demand the student get a refund, here’s the rest. The demonstration was intentionally faulty to illustrate mistakes, not perfection. Not as easy as it sounds, if you’d care to give it a try, because the student pilot was having trouble with some steep turn elements but not others.

So the demonstration had to be bad in a very precise way. Although the trainee’s maneuver entry was halting, he held the 45-degree bank angle just fine once established. However, it was necessary to dramatize that this partial success was a product of fixation at the expense of managing the pitch attitude needed for level flight in a high-load-factor maneuver.

The altitude loss was accompanied by an airspeed increase, and as these seemingly separate but deeply intertwined conflicts screamed for attention, the assigned rollout heading was left far behind in the debris of the maneuver.

In a follow-up demonstration, the CFI had the student critique the maneuver as it developed, and showed how making small corrections as soon as the errors arose effectively cauterized some problems while preventing others. For example, prompt correction of a pitch deviation precludes both altitude loss and airspeed increase, giving the pilot more time to handle other tasks such as leading the rollout. (One efficient method for leading a rollout is to use the number of degrees of heading equal to about half the bank angle, about 20 degrees in this case, as the point to begin rolling out. Don’t forget to gradually lower the nose as bank decreases.)

Taking the time to sit and observe gave the student pilot a chance for self-evaluation without the distraction of having to perform. As a rule, you (the student) should be doing 99 percent of the flying during your dual lessons after the introductory flights. But if something isn’t working right, and hammering away has become fruitless or discouraging, switch roles briefly and see if it helps fix the problem.