Get the app Get the app
Already a member? Please login below for an enhanced experience. Not a member? Join today
News & Media How it works: Turn coordinator

How it works: Turn coordinator 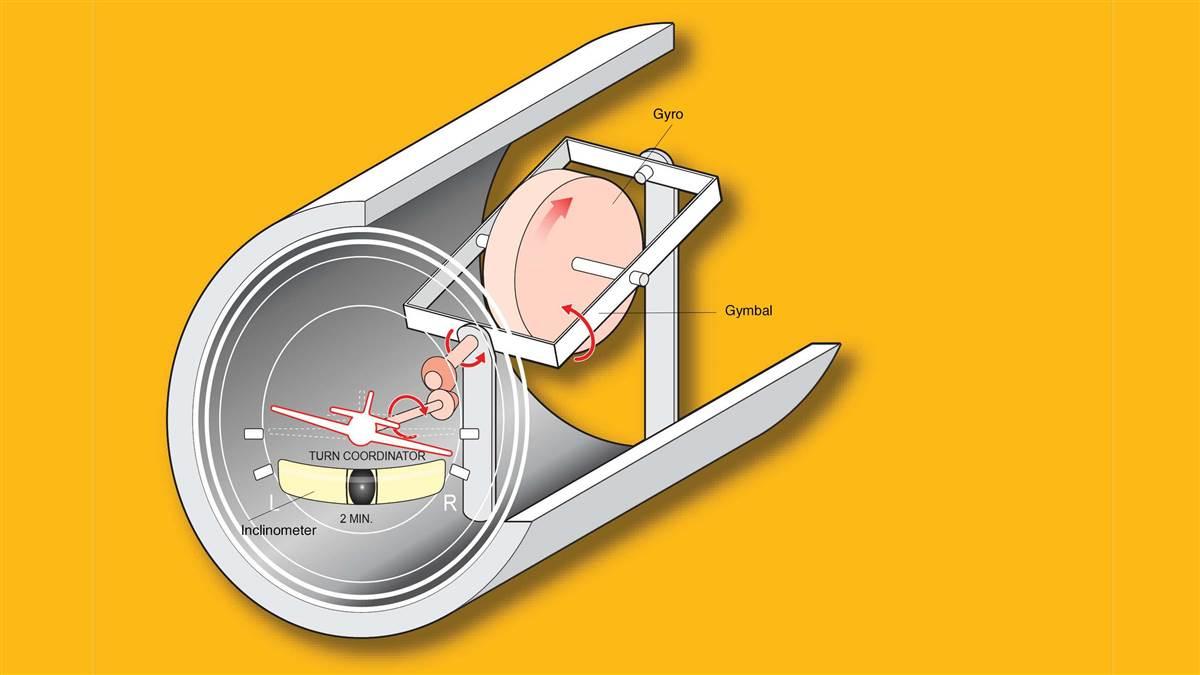 If your airplane doesn’t have a turn coordinator, it will have a turn and slip indicator—an instrument that performs almost the same functions as the turn coordinator. Like the TC, the turn and bank indicator uses a gyro. However, its gyro is mounted along the longitudinal axis of the aircraft, so the turn and slip indicator doesn’t read yaw or roll—only rate of turn, shown via a pointer or turn needle. Its inclinometer also indicates turn quality, or coordination. —JWT

The turn coordinator is essentially two instruments in one. It senses rolling, yawing, and turning movements, and it displays those movements via two components: a needle that looks like an airplane and rotates right or left, and the inclinometer—a black ball suspended in liquid that rolls right, left, or remains in the middle depending on whether you are applying the correct amount of rudder during a turn. The turn coordinator is similar to the turn and bank indicator, which senses roll (but not yaw) and displays rate of turn (see “Turn and Slip Indicator,” this page).