Get the app Get the app
AOPA Members DO more LEARN more SAVE more - Get MORE out of being a pilot - CLICK HERE
News & Media Events: Doing the Dead Cow drag

Clouds of thick gray dust rolled across the Dead Cow lakebed, swirling and twisting and blinding spectators as they cheered on the winners of the 2018 High Sierra Fly-In STOL Drag Race. Situated somewhere in the middle of nowhere Nevada, the STOL drag races pit tailwheel aircraft against one another in a race for speed and precision on a makeshift 3,000-foot runway. The surface hardened by the desert sun, this dry piece of nothingness becomes an oasis (sans water anywhere—BYOB) for four days each October as an intrepid group of friends who call themselves the “Flying Cowboys” put on a party. A party that puts aircraft and aviation prowess and skill on display. 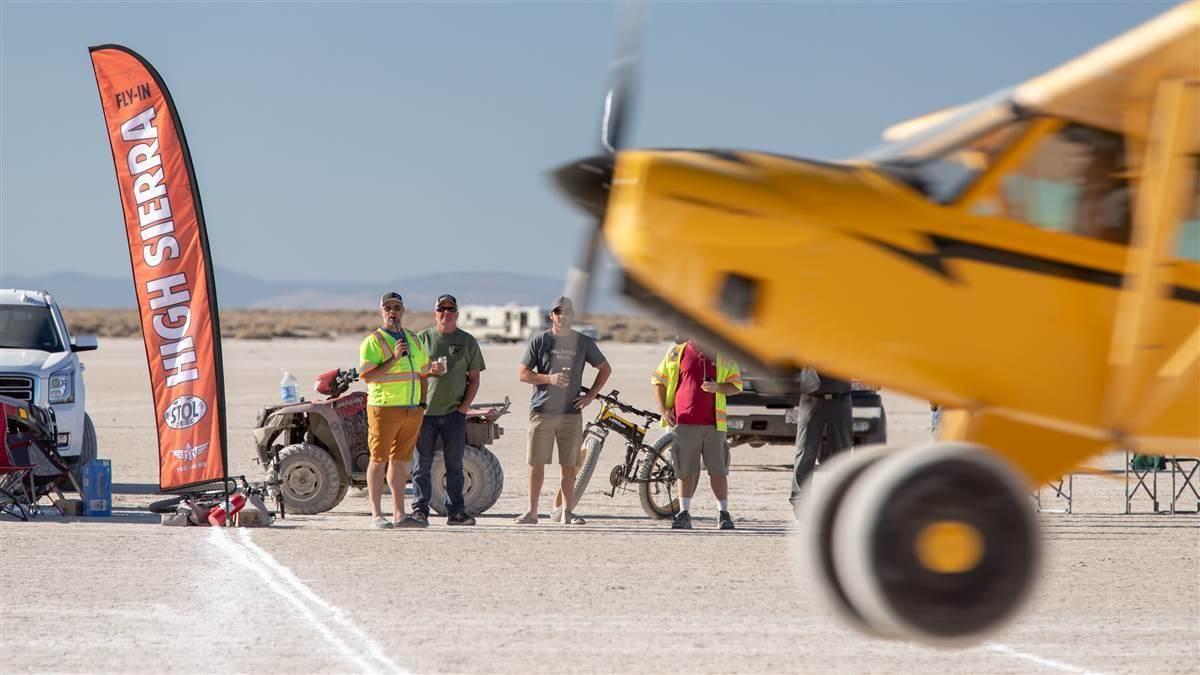 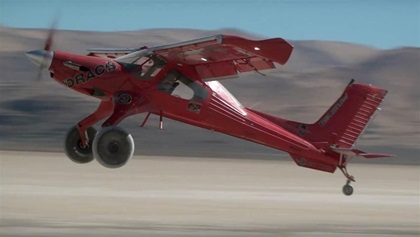 Although nearly 400 aircraft dropped in for the party, only about 70 compete to qualify in the drag race, and 16 advance for the Saturday showdown. It takes flying skills and a certain type of aircraft to get to this remote spot yet its challenges and promise of camaraderie, fellowship, and airplane sightings bring pilots in from all over the country and Canada. On the lakebed are Cirruses, Pipers, Cessnas—even a Grumman Mallard. Sixteen aircraft qualify for the drag race; qualifying on Friday, racing in a single elimination bracket on Saturday. The aircraft race down a three-quarter-mile straightaway, come to a full stop, turn, and race back down, often only a couple of feet agl—and sometimes as fast as one minute, 17 seconds.

Crowd favorite Draco (below), owned and lovingly maintained by Utah entrepreneur Mike Patey, is a modified Wilga 2000 turboprop STOL aircraft that looks like a giant red grasshopper. And it hops off the ground like that grasshopper is on cocaine. Draco took the 2018 STOL race in first place this year, followed by Trent Palmer in his KitFox, and Toby Ashley in his Carbon Cub.

The Dead Cow lakebed is owned by Flying Cowboy Kevin Quinn, who has put on this party in the desert for the past nine years. He is assisted by his friends Mike Patey and his twin brother Mark, Cory Robin, Jason Sneed, Scott Palmer, Steve Henry, and Trent Palmer, and many other backcountry pilots. Although it’s not for the faint of heart or the driver who cares about his transmission, many people do drive into the site, which is about an hour and a half north of Reno. And “drive” means following mysterious directions, following other’s tracks, rattling over bone-numbing washboard “roads”—and kicking up a lot of dust. A lot. You can tell if someone else is attempting the trek by the dust plume a mile away. Do not attempt this at night. Trust us on this.

People arrive in RVs, pickup trucks, SUVs, and jeeps loaded with provisions, tents, bikes, motorcycles, and ATVs. You cook for yourself Thursday through Saturday but a steak dinner and bonfire (fireworks, too) reward you on Saturday night. There’s a catered breakfast Sunday morning. The $100 admission fee takes care of all that as well as contributes to the infrastructure—port-a-potties, loudspeakers, and shade-making tents. More than 1,200 people and 397 aircraft attended the ninth annual High Sierra Fly-In.

The winners were honored during NATCA’s convention Communicating For Safety (CFS) 2018, held October 22 through 24 at Bally’s Las Vegas.