Get the app Get the app
AOPA Members DO more LEARN more SAVE more - Get MORE out of being a pilot - CLICK HERE
News & Media Musings: Training my ear to hear

Musings: Training my ear to hear

Listening to the nuances of air, airplane, and people

We waited for a fire, tilted back on deck chairs, surveying our ramp. Two Grumman S–2F tankers sat full of retardant and fuel—ready. Chuck’s Cessna O–2 and my Turbo Cessna 337 stood by, only one set of chocks securing their right main tires, doors open—beckoning. Chuck flew for the California Division of Forestry. I flew for the U.S. Forest Service. The two agencies fight fires in the northern Sierra Nevada and San Joaquin Valley from their joint air attack base at Grass Valley, California. Our apparent ease belied our maxim: response speed rules. We were expected to be airborne within five minutes of an alarm. We usually lifted off in two. 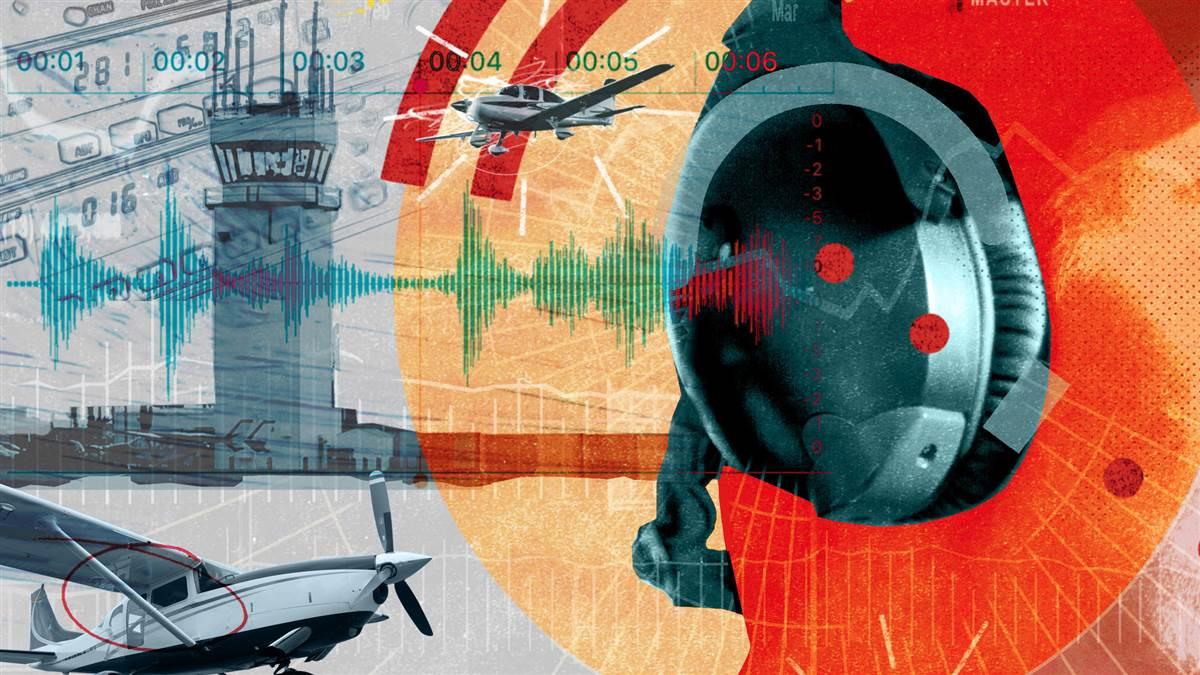 Chuck—a retired Pan Am chief pilot—gazed at my airplane then asked, “Having trouble with hydraulics?”

“Why are your flaps drooping?”

“I pre-set them to takeoff position,” I answered proudly.

He turned to me. “That’s what checklists are for. Jump ahead and you’ll skip something serious.” He looked back across the ramp wisely leaving me to hear—or not—as I chose.

Nodding polite assent tempted me. I flew a lot of multiengine Part 135. I knew what I was doing. But Chuck’s reputation encircled his advice with aviation’s “this is important to avoid dying” red hash marks. I rose slowly, contemplated a soaring hawk, then casually strolled to my airplane. I pulled out the checklist and returned everything to its end-of-preflight setting.

Surprisingly, hearing—rather than reading—Chuck’s counsel made me realize something. Flying easily animates sight, but it also requires listening. Early aviators flew as much by sound as sight—slipstream singing in wing-brace wires revealed airspeed, engine tone indicated power setting, that sort of thing. What about today? Was I missing something? I started paying attention and began hearing things from three sources.

First, the airplane itself talked to me. During preflight, I listened while turning on the master switch for the quiet, but solid thunk of the master contactor followed by electric gyros spooling up. Clicking, on the other hand, indicated a weak battery. Electric boost pumps hummed when switched on and, in some airplanes, sped up when I pushed the throttle full forward. Moving the control yoke completely left and right, then in and out usually produced quiet, silky, sliding. Anything else meant problems. Same thing for the trim controls. A laboring Debonair flap motor forecast its eminent demise.

Moving all flight control surfaces through their full range exposed interesting issues. Squeaking from inside the wing while simulating a left bank exposed a dry bearing. Another time, a dragging, scraping sound turned out to be a cable sawing through a frozen pulley. Once, while pre-flighting for a checkride, an indistinct sound when pushing the elevator full down revealed a broken down-stop bolt. That could’ve made stall recovery a more exciting maneuver.

When I came to the prop—after confirming mags Off and key laying visible atop the glareshield—I turned a blade parallel to the ground. Then grasping the tip, I pushed in along the blade’s axis towards the hub and pulled out again repeatedly until the entire airplane danced. I listened for landing gear groaning or wheel bearings clicking. Next, I pulled the prop blades backward through several rotations. Besides providing a quick check for a weak cylinder, I listened for air escaping from a leaky valve. Then I stood directly in front of the spinner grabbing two prop blades at the hub. I tugged with my arms, trying to jerk it out of the engine. The correct, solid clank rewarded my efforts.

At the main gear tire, I removed the chocks, put both hands on the tread and rolled it forward and aft. Squeaking meant dry bearings. Scraping told me dirt was lodged between brake pad and rotor.

On smaller engines, manual primers squealed with one tone when fuel entered the pump, then produced a different tone when forcing gas into the engine. Silence suggested the airplane sat idle for a while or perhaps the fuel selector was in the Off position. When starting the engine, the starter contactor’s rapid clicking in lieu of a turning propeller gave me another indication of a weak battery. Once I learned to distinguish the unique cranking sounds of Continental, Lycoming, and Rotax engines, a difference told me the starter motor remained engaged.

The running engine(s), of course, rendered its (their) own repertoire(s). A rickety idle revealed a fouled plug. A wheezing takeoff roar exposed a loose induction leak on a turbocharged Continental. And the thrum-thrum-thrum of two unsynced engines yanked me away from wrestling a scheduling problem and offered a clue to my passengers’ clenched fists and closed eyes. Changes in slipstream rush followed airspeed changes. Open Cessna air vent howls accurately disclosed angle of attack excursions during slow flight.

Second, if previously mute airplanes now spoke to me, what could I glean from better radio listening? Monitoring—even if not speaking on—comm channels began creating three-dimensional, virtual pictures expanding my sight beyond eyeball range.

Unicom or tower frequencies morphed into a complex ballet yielding clues how I could fit into the buzzing swarm. Approach Control’s talk highlighted hot spots at multiple airports within their wider perspective. The more orderly conversations with Center disclosed the popular, or more often granted, traffic routing while also uncloaking pieces of the weather puzzle.

Third, as I listened to who said what, I discerned subtle patterns. Things such as who knew their location and who only guessed. Or, who stuck to correct phraseology and who did brain dumps with their PTT button. Or, who kept pushing multiple approaches against weather below minimums and who believed the numbers, diverting instead to alternates. Those pros—paid or not—reinforced the kind of wisdom I acquired listening to Chuck.

James Rush Manley is a former Amazon jungle pilot. He now works as a freelance writer in Meridian, Idaho.