Get the app Get the app
AOPA Members DO more LEARN more SAVE more - Get MORE out of being a pilot - CLICK HERE
News & Media Aircraft Maintenance: Light up the night with LEDs
Sponsored by Aircraft Spruce

Aircraft Maintenance: Light up the night with LEDs

I was thinking the other day about how much had changed with regard to general aviation aircraft in my past 20 years of aircraft ownership. The most obvious change, of course, is regarding avionics and navigation. Gone are the days of using erasable highlighters on paper maps, and twisting dials to center needles to figure out where you are. Trying to relate to my boys learning how to fly in today’s world is comparable to explaining how we used to have to get up to change the channel on the TV… 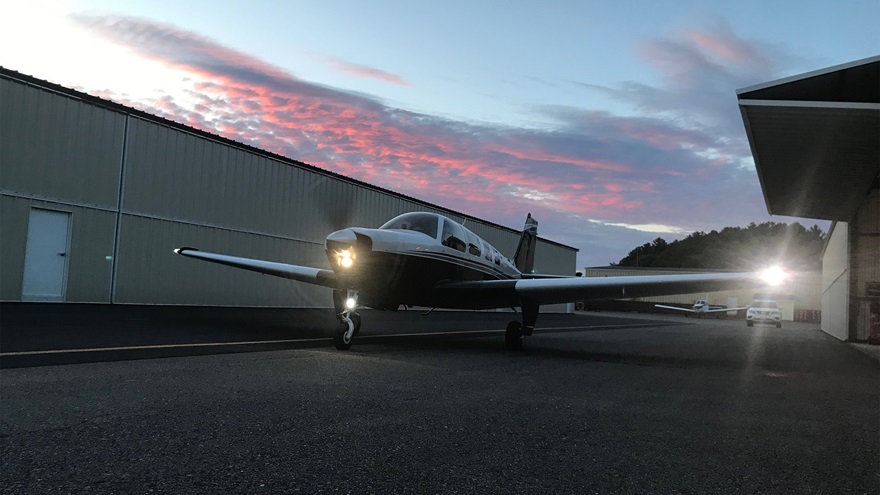 Aircraft lighting is one of the less obvious advances in aviation technology. Photo courtesy of Jeff Simon.

When it comes to aircraft maintenance, however, the next runner-up in technology advancement might surprise you: aircraft lighting. When I purchased my first aircraft more than 20 years ago, a Grumman AA–5 Traveler, I routinely carried two spare GE4509 landing lights and the tools to make the change. And change them I did… frequently. Aircraft owners groups had suggestions about orienting the bulbs with the filament vertically positioned to help extend the life of the bulb, along with other tips, tricks, and witchcraft in an attempt to eke out just a few more hours of light before you were stuck again at the next dark remote airport without a landing light.

Finally, the super-bright Light Emitting Diode (LED) revolution arrived. With the help of companies such as Whelen Aviation Technologies, LED lighting has taken over the entire landscape of GA lighting. LEDs are superior in nearly every way compared to the old incandescent bulbs of the past. They offer outstanding light output, extremely high reliability, low weight, low heat output, and low power consumption. And the power consumption reduction is important, because if there’s one thing that hasn’t gotten better over the past 20 years, it’s our need for electrical power. GA aircraft panels are growing with more avionics than ever before, all of which need power. However, most aircraft are flying with the same alternators and the same output capacity as the day they rolled off the assembly line. Freeing up a few amps from your lighting system comes just in time for most owners.

When the strobe system began to give up the ghost in SocialFlight’s Bonanza, we evaluated our options and decided to convert to Whelen’s Orion LED wingtip lighting system, which combines the strobe and nav function in a single, certified unit. However, we ended up taking it a step further.  While walking the show floor at Sun 'n Fun, I met Mike Hattrup, general manager of Wilco, Inc. Wilco recently received a supplemental type certificate on a wingtip lighting solution for Beechcraft that combines the Whelen Orion system with forward-facing, high bright LED recognition lights from Whelen in a well-engineered, drop-in replacement package. The combination of reduced installation time and added lighting made the decision an easy one for us. 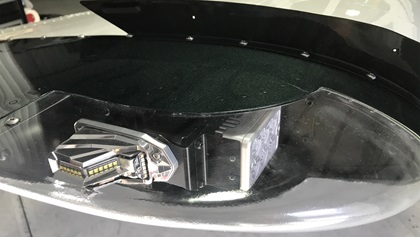 Back at the hangar, we installed the complete system in only a couple of hours. The strobe power supply was removed and the remaining wires were tied together to allow a direct pass through from the strobe switch on the panel to the wing tips and tail for the Orion hookup. The recognition lights were wired together with the nav lights, using the existing wires in the wing tips. In almost no time, the install was complete. Between the strobe power supply, bulbs, and connectors, we removed over six pounds from the aircraft and added only one pound with the new LEDs.

While we were at it, we decided to get rid of the 250-watt incandescent taxi light that always seemed to dim the panel lights when it was turned on, replacing it with Whelen’s Parmetheus Plus LED taxi light (the aircraft already has an HID landing light).

Overall, we gained five pounds of useful load and enough added lighting to emulate a 747 on final approach when landing back home at Minute Man Air Field in Stow, Massachusetts. It’s particularly interesting to see how much more visible we are now to other aircraft. The original strobe system fires instantly with a quick flash of light. The LED strobes appear to stay on for a longer period of time, making the aircraft extremely easy to spot (so we’re told by other aircraft).

Best of all, the boys and I don’t have to worry about any more late-night bulb replacements at remote airports. We can even gain a little more useful load by no longer having to carry those spare bulbs. It’s something to consider if our story rings true to your own experience. Until next time…Happy Flying!