Get the app Get the app
Get the latest news on coronavirus impacts on general aviation, including what AOPA is doing to protect GA, event cancellations, advice for pilots to protect themselves, and more. Read More
Already a member? Please login below for an enhanced experience. Not a member? Join today
News & Videos Apollos technological legacy

Freeze-dried foods make a nice addition to any pilot’s survival kit, but avionics driven by microchips and fly-by-wire technology are the Apollo program’s most lasting technological legacy in the aviation world. 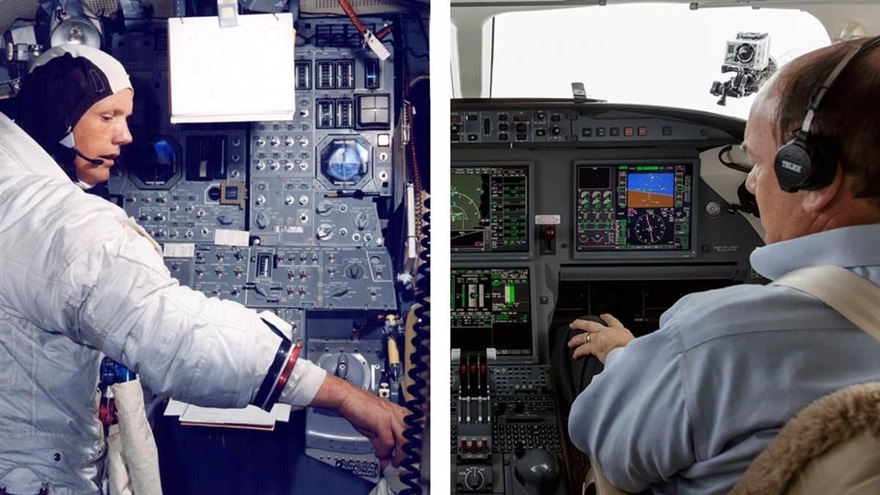 Many of the technologies used by Neil Armstrong during the Apollo 11 mission have found their way into everyday modern life. AOPA composite of NASA courtesy photo and AOPA file photo.
Fifty years after Apollo 11 made mankind’s first lunar landing, space race spinoffs have become so familiar we take them for granted. The sophisticated glass cockpits available today might not have arrived so quickly had the Apollo program not needed integrated circuits, the forerunners of the microchip. Jack Kilby of Texas Instruments demonstrated the first working integrated circuit, developed to meet U.S. Department of Defense and NASA specifications seeking increased computing power and weight reduction. Kilby later won the Nobel Prize in Physics.

Digital fly-by-wire technology would not be possible without inertial sensing and digital navigation guidance, and both of these foundational technologies were developed for Apollo.

Apollo-driven technology can also be found today in a host of other areas of daily life. Highlights include:

(Information from NASA and Medium.) 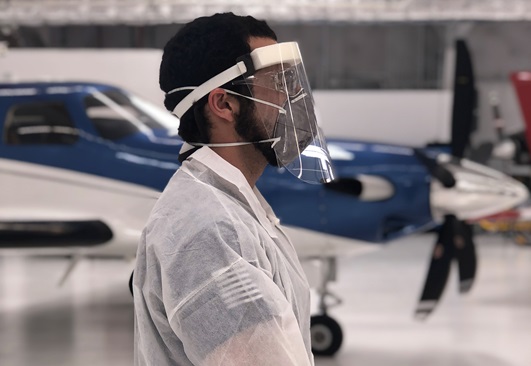