Get the app Get the app
Already a member? Please login below for an enhanced experience. Not a member? Join today
News & Media Extra debuts NG

Walter Extra’s airplanes have always been built around a steel frame—until now.

The new NG model is made of all composite materials. And it’s faster than the company’s fastest LT model, and lighter and more nimble than its LX model.

“There’s no steel structure—and all the ergonomics are improved,” said Walter Extra, the German designer who created the international aerobatic aircraft manufacturing company in the 1980s and unveiled the NG at EAA AirVenture in Oshkosh, Wisconsin. “It’s the most comfortable cockpit I’ve ever been in.”

That comfort, he said, extends to the front passenger seat. (The pilot in command typically sits in the rear seat in Extra aircraft.)

Extra said he has been contemplating an all-composite aircraft design for five years, and he started building parts three years ago. He kept the project completely secret and stored physical parts in a separate part of the manufacturing plant. 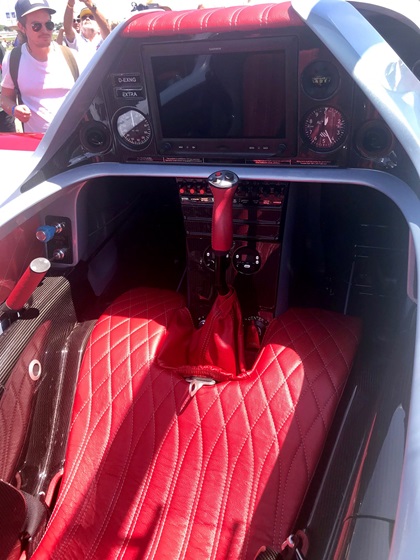 The turning point came when Extra developed a method of using composite materials to provide the same level of safety as a steel frame. Extra has applied for a patent for that method.

Extra is seeking European Union Aviation Safety Agency regulatory approval for the NG. Airplanes imported to the United States will be flown under the experimental/exhibition category.

The NG will carry a retail price of $450,000—less than the current top-of-the-line LX model.

“The NG has some manufacturing efficiencies that allow us to lower our building costs,” Extra said.

“It’s a really elegant design,” Extra said. “We’ll also offer a single-seat canopy—and you’ve got to see it to believe it.”

Extra is facing stiff competition from other all-composite aerobatic airplanes such as GameBird and MX. GameBird is led by Phillipp Steinbach, a former Extra employee.

At the NG unveiling, Steinbach was the first to sit inside the new Extra airplane.

“It’s quite comfortable,” he said. “Walter did a really nice job.” 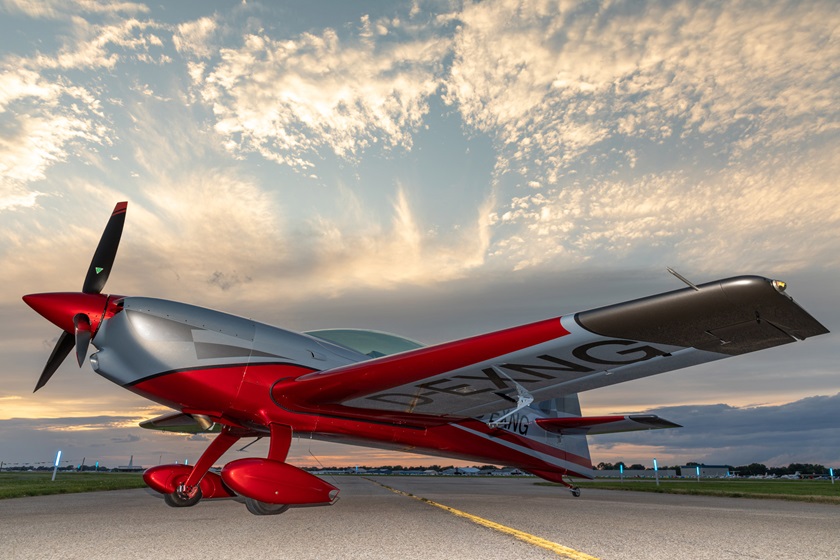