Get the app Get the app
Already a member? Please login below for an enhanced experience. Not a member? Join today
News & Media Certification for EPS V-8 diesel in progress

TSO 'possible' by end of year 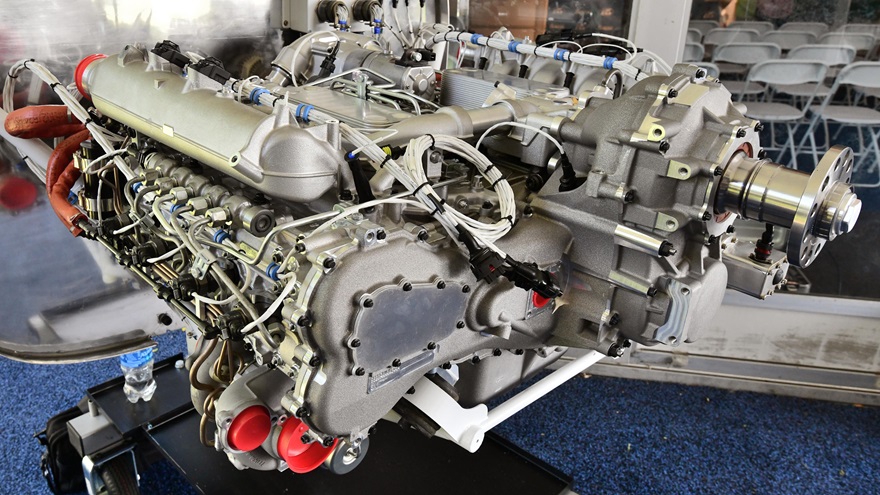 Engineered Propulsion Systems' Graflight V-8 diesel aircraft could be certified as early as the end of this year, the company said at EAA AirVenture Oshkosh 2019. This engine is shown configured for a Cirrus SR22, and mounted on an SR22 firewall. Photo by Mike Collins.

“We are really in the last phase of type certification testing,” explained Michael Fuchs, one of EPS’s co-founders and its president and CEO. EPS is now selling engines, he added.

EPS’s clean-sheet diesel engines are designed for “plug and play” replacement of the aging legacy fleet, said Fuchs, who showed a Graflight V-8 configured for and mounted on a Cirrus SR22 firewall. A steel crankcase and pistons are being used for longevity, he said. “We are striving for 3,000 hours [time between overhauls].” Single-lever power control reduces pilot workload, and fuel economy is 30 percent to 50 percent better than comparable gasoline engines, Fuchs added.

Research indicates that the strongest interest in the 385-horsepower, 4.3-liter V-8 is in Cirrus and Cessna singles and the Piper Navajo twin, said Fuchs, adding that certification is possible by the end of the year. The four-cylinder A20 proof-of-concept engine will begin testing in August, and design work is in progress on the four-cylinder A22. More information can be found online.

Technical Editor
Mike Collins, AOPA technical editor and director of business development, died from COVID-19 at age 59 on February 25, 2021. He was an integral part of the AOPA Media team for nearly 30 years, and held many key editorial roles at AOPA Pilot, Flight Training, and AOPA Online. He was a gifted writer, editor, photographer, audio storyteller, and videographer, and was an instrument-rated pilot and drone pilot.
Go to Mike Collins's Profile
Topics: EAA AirVenture