Get the app Get the app
Already a member? Please login below for an enhanced experience. Not a member? Join today
News & Media CubCrafters test-marketing tricycle-gear XCub

Just three miles from the packed showgrounds of EAA AirVenture, CubCrafters is stealth-marketing a tricycle-gear version of its popular XCub. 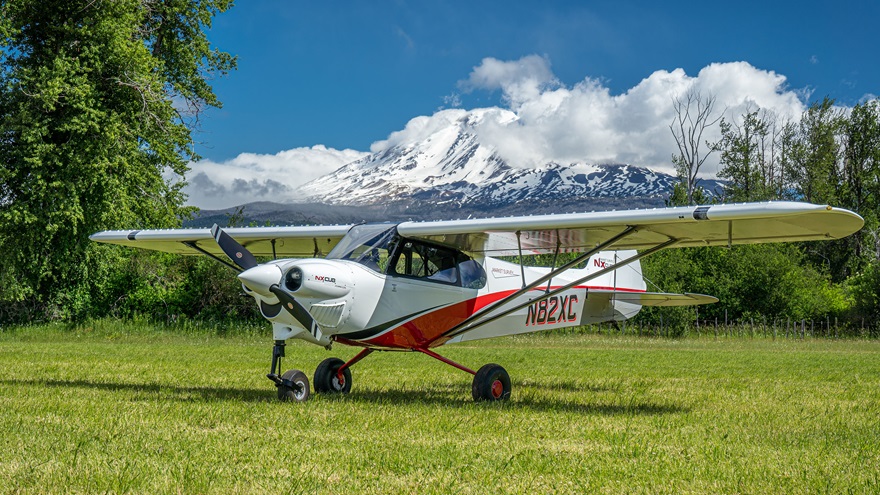 CubCrafters is test marketing the NXCub, a tricycle-gear version of its popular XCub. Photo courtesy of CubCrafters

Though the Yakima, Washington-based CubCrafters has a display and a full complement of aircraft at the show, it is quietly collecting market data from current and prospective customers on the tricycle airplane it calls NXCub. The test aircraft is being flown all day, every day of the show at an airfield three miles from the busy airshow activities at Wittman Regional Airport in Oshkosh, Wisconsin.

“There’s been demand over the years for this product,” said Patrick Horgan, president of CubCrafters Group.

About 15 percent of certificated pilots have a tailwheel endorsement or an interest in obtaining one, he said. That opens 85 percent of the market to a nosewheel aircraft, he said.

“The tailwheel experience is phenomenal,” Horgan said. “You fly it, it’s different than a mode of transportation per se. You get to enjoy flight. Bringing that experience to a larger group attracted us.”

The NXCub—call it Nosegear Cub, if you like—is the XCub, but in tricycle-gear configuration, Horgan said. The tricycle-gear version was developed in conjunction with the tailwheel version, which is Part 23 certified. CubCrafters hasn’t decided whether it will put the NXCub into production—or whether it would be a certified or experimental aircraft. The company is still collecting market survey data and expects to make a decision in October.

That hasn’t deterred 11 prospective customers who put down deposits for the NXCub on the first day of the show.

But CubCrafters recently caused a bit of a stir among the tailwheel community when it released a few internet teaser videos showing tailwheel purists like Mike Patey, Mark Patey, and Kevin Quinn evaluating the airplane.

“We literally said 'here’s the airplane, just do an independent assessment,'” Horgan said. “No one has done anything but given accolades,” he said.

Accolades aside, some in the tailwheel community were aghast. Horgan shrugs off that reaction, saying, “We knew that adding a nosegear to a legendary platform would have some level of controversy. We expected that and we understand it, but it’s our own customers who encouraged us to pursue this.” He said the company hasn’t responded to internet squabbling, but its customers and fans are taking a stand against the naysayers.

Horgan said the NXCub’s performance compares favorably to the tailwheel version, and it can rotate a bit quicker and allow the pilot to “really get on the brakes.” Tailwheel pilots Quinn and Cory Robin flew the NXCub with full fuel and were off the ground in less than 200 feet, he said, adding that CubCrafter’s test pilots have demonstrated a takeoff of 65 feet.

“Landings are not much longer than that, and that’s not pushing it,” Horgan said. “For those who like STOL, you can be more aggressive, depending on the weight conditions. As you come out of that takeoff, you can get yourself into [VX or VY], and it holds that attitude and just keeps going.”

CubCrafters is incorporating customer feedback into the ongoing design process, Horgan said. For example, customers have suggested a changed angle for the cabin step, a lower seat cushion, and a device that makes ground maneuvering easier by allowing the pilot to unlock the nosewheel stop and unpin the gear so that the wheel rotates 360 degrees. “That was customer feedback,” Horgan said. “We have a top of class airplane and we intend to keep it that way, and the only way to do that is to involve your customers.”

The base price of a tailwheel Cub is $333,400. The nosegear option—if CubCrafters decides to move ahead with it—would add less than $5,000 to the price, Horgan said. And it will be convertible. He said a customer has put down a deposit with the intention of getting comfortable in the tricycle-gear version and then converting it to tailwheel when he’s more confident.