Get the app Get the app
Already a member? Please login below for an enhanced experience. Not a member? Join today
News & Media Airshow pilot Julie Clark to retire

During her more than 40 years as a solo aerobatic pilot, Julie Clark’s exceptionally well-choreographed and patriotic routine has touched millions. This year marks her fiftieth year as a pilot; the retired Northwest Airlines captain has logged more than 34,000 flight hours. And in October, the popular and well-regarded performer will fly her last airshow.

She said that while she still enjoys performing, the logistics are increasingly stressful. “Airshows are great, but I do all my own flying—the ferrying is by me,” Clark said. Weather can make repositioning flights stressful, she explained.

Clark is flying the same Beechcraft T–34 Mentor that she bought, sight unseen, in 1977 for $18,000 at a government surplus auction in Anchorage, Alaska. She flew the airplane 2,900 miles to her home in California, where she restored it herself, painstakingly polishing the aluminum surfaces and dubbing it Free Spirit (see “Pilots: Free Spirit,” August 2015 AOPA Pilot). 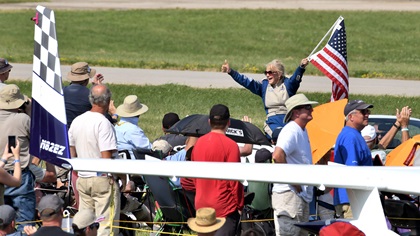 She is calling this year’s tour the 2019 Farewell tour. Afterwards, she’ll continue flying her T–34 for fun; eventually it will go to the Hiller Aviation Museum for display. It’s located in Clark’s hometown of San Carlos, California, where she soloed and earned her pilot certificate in 1969.

Clark also plans to start her own animal rescue organization. “I just bought a Bonanza,” she said. “An F33A.”

At a ceremony during Sun ’n Fun in April, Clark received the FAA’s Wright Brothers Master Pilot Award, which “recognizes pilots who have demonstrated professionalism, skill and aviation expertise by maintaining safe operations for 50 or more years.” In December 2018, she received the prestigious Sword of Excellence from the International Council of Air Shows during the ICAS convention in Las Vegas.

But Clark isn’t quite done flying airshows. She will fly again at AirVenture during Friday afternoon’s airshow, and in the Saturday night airshow. Her last airshow on the road will be the Thunder over Georgia Air Show at Georgia's Robins Air Force Base, Sept. 28 to 30, and her final performance will be at Julie Clark’s Farewell Air Show on Saturday, Oct. 19, at Rancho Murieta Airport in Rancho Murieta, California. Additional details and her complete schedule are available on her website. 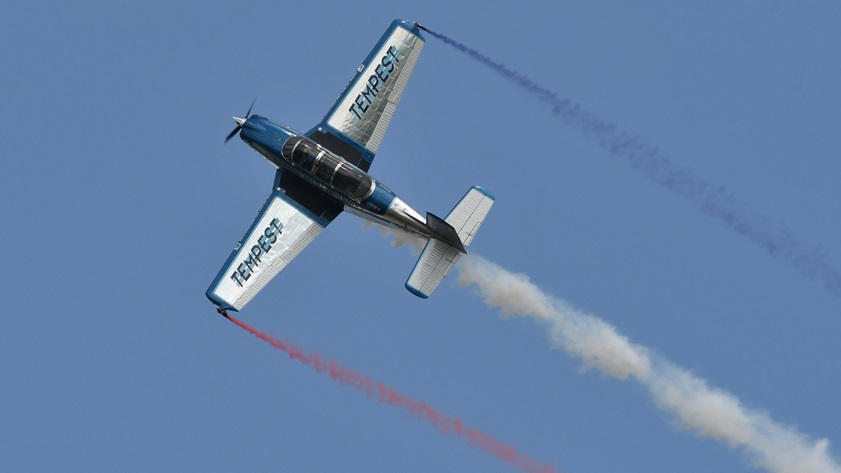 Technical Editor
Mike Collins, AOPA technical editor and director of business development, died at age 59 on February 25, 2021. He was an integral part of the AOPA Media team for nearly 30 years, and held many key editorial roles at AOPA Pilot, Flight Training, and AOPA Online. He was a gifted writer, editor, photographer, audio storyteller, and videographer, and was an instrument-rated pilot and drone pilot.
Go to Mike Collins's Profile
Topics: EAA AirVenture, People