Get the app Get the app
Already a member? Please login below for an enhanced experience. Not a member? Join today
News & Media The (aviation) stars have aligned

The (aviation) stars have aligned

The latest heroes of aviation are changing from the leather jacket, Ray-Ban-wearing flyboys portrayed in movies. A new renaissance of aviators has emerged, and with nothing but a T-shirt, baseball cap, or trademark mustache, they come willing to share their tips, tricks, and chops. 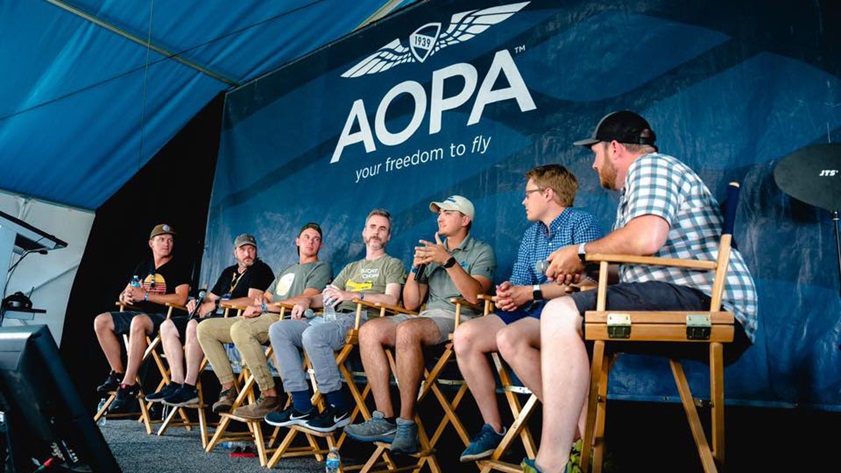 AOPA’s July 24 panel at EAA’s AirVenture in Oshkosh, Wisconsin, hosted seven of aviation’s most influential content creators. The panelists shared their secrets to success in creating some of the most outrageous videos out there while keeping safety in the forefront.

While most panelists revealed they make a living off the flying videos on their YouTube channels, they all agreed that it’s the ability to inspire others that keeps the cameras rolling.

Steve Thorne, best known around the aviation community as “Flight Chops” for his trademark facial hair, never intended to become a YouTube star. He said that it’s like a treadmill to stay relevant in the social media world, but the ability to inspire other pilots is a huge driving force behind his videos, which collectively have millions of views.

Safety was also a big topic of discussion at the panel, especially in the age of “Kodak Courage.” Trent Palmer, undoubtedly one of the most recognized backcountry pilots today, said he’s seen people do some of the craziest things just because the camera is on them. As a filmmaker, Palmer said it’s easy to get caught up in the cinematography of it all, but flying always needs to be the number one priority. 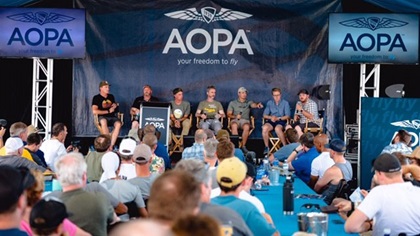 Seasoned pilot and young innovator JP Schulze echoed Palmer’s statements by saying it’s a fundamental human desire to want to be a crowd pleaser, but “flying is dangerous and the consequences are severe.”

Josh Flowers, best known for his moniker “Mr. Aviation 101,” said viewers need to remember a lot of the process can be staged. Flowers confessed he will often shoot a preflight, then go back and do the “real” preflight off camera.

When questioned about the liability aspect of posting the videos they create, the panelists said it’s not something that keeps them awake at night. Jason Miller, host of The Finer Points aviation podcast, said having a good relationship with the local FAA Flight Standards District Office (FSDO) works to their advantage and that you can’t let it hang over your head while you’re shooting.

The panelists agreed that general aviation flying in the United States is unlike anywhere else in the world and that U.S. pilots are lucky to have the freedoms they do. Ultimately, the FAA isn’t actively looking online to catch pilots violating the regulations.

Thorne said he is proud that his videos can serve as a training tool for those who may find themselves in adverse situations while describing a mishap he had when flying VFR into IMC. Although he confessed that he got in over his head, he was glad he could share the experience with his followers in hopes that they take it as a lesson learned. “For the hundreds that say I’m an idiot, there are thousands more that thank me for it.” Many commenters said the video could have saved someone’s life. 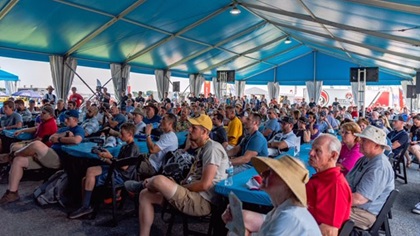 A few of the panelists said they’ve had viewer complaints and received calls from the FSDO, but it won’t stop them from making the videos. Should pilots find themselves in sticky situations, Matt Guthmiller, a 24-year-old record-setting aviator, says he never hesitates to call AOPA’s Legal Services. Guthmiller touted AOPA’s Legal Services Plan and Pilot Protection Services as great resources should pilots find themselves in unfortunate situations.

In concluding the panel, renowned Alaska CFI Chris Palmer said pilots should never overlook the opportunities and experiences that exist in their own backyards. In what he referred to as “vanilla flying,” Palmer said his viewers appreciate relatability and that some of his most memorable flights have been in his Cessna 172.

Flowers agreed saying, “The end-all, be-all is to inspire as many people as possible. We introduce people to this whole new world that many don’t know about. Just look where we are now,” referring to the week filled with activities and entertainment at AirVenture.