Get the app Get the app
Get the latest news on coronavirus impacts on general aviation, including what AOPA is doing to protect GA, event cancellations, advice for pilots to protect themselves, and more. Read More
Already a member? Please login below for an enhanced experience. Not a member? Join today
News & Videos Flight Lesson: Distraction reaction

Too much talking leads to tow bar destruction

Here is the story of how I totaled the propeller on my Piper PA–28-180. 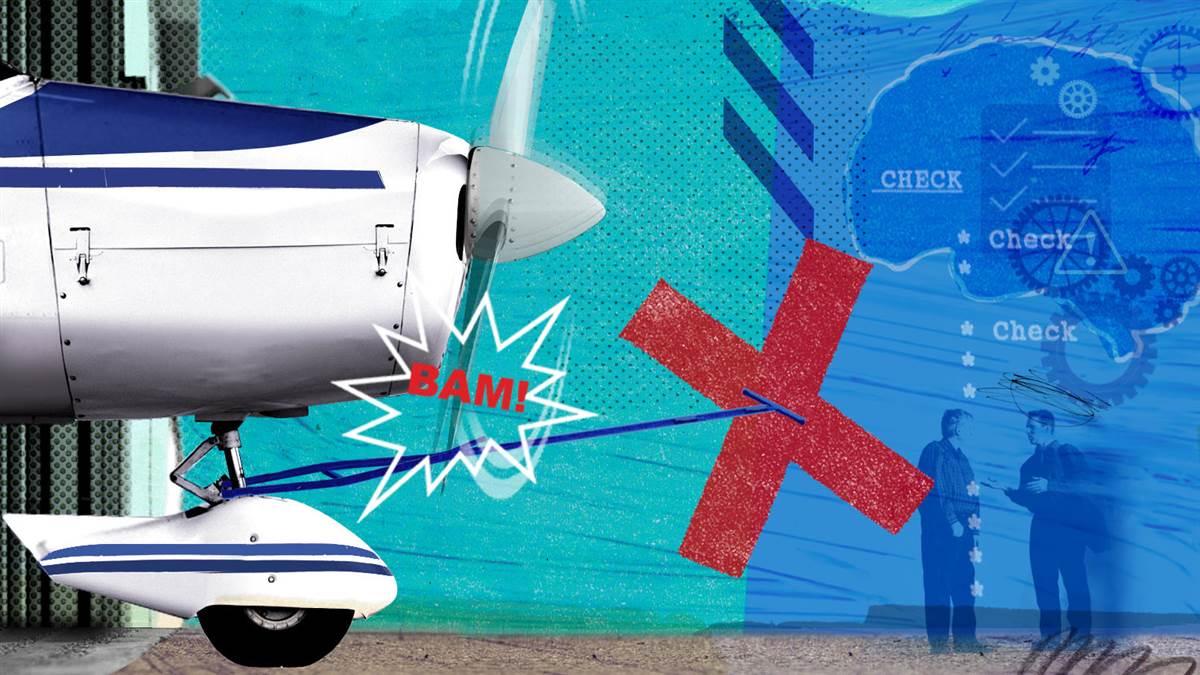 Illustration by Sarah Hanson, below right by Steve Karp

The damage was done. The propeller was bent and needed to be replaced. 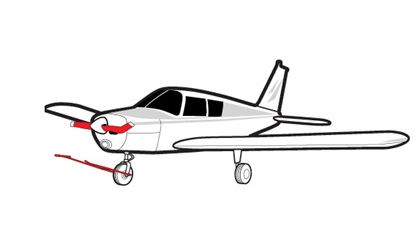 Bent out of shape

Ground strikes may damage more than just the propeller tip

How much damage can a propeller strike do if the airplane wasn’t even moving? According to Lycoming, a sudden engine stop or ground strike can overstress the crankshaft gear dowel or connecting rod bolts. The first can lead to total power loss; the latter “allows the connecting rod to get loose and flail inside of the engine causing a nasty failure with a serious fire potential.”

Lycoming says, “the only safe procedure is to remove and disassemble the engine and completely inspect the reciprocating and rotating parts.”

I’d flown a lot lately as I was supposed to take my commercial pilot certificate checkride in my PA–28 the week after this incident happened. I’d flown more than 130 hours in the past two months, most of them on a cross-country trip in February from Montreal to Los Angeles to Miami and back to Montreal. I now have 230 hours total time. All to say that I consider myself a capable pilot for the limited number of hours I have. So how can something so stupid still happen?

I did my regular preflight inspection inside the hangar and everything looked good, so I opened the hangar door. As I pulled the airplane out from the hangar, a guy waved at me telling me to come see him. I had flown the day before and this guy had noticed that I hadn’t properly locked the hangar door on my way out (we had just moved into this new hangar). He had a rushed looked in his gestures, so I dropped the tow bar and immediately went toward him. I bet you can already see where this is going.

He showed me how to properly lock the hangar door and we then talked for about 30 minutes about our passion, general aviation. After our little talk, I walked outside confident that my airplane was ready to go, since I had already done a thorough preflight inspection inside the hangar. So, I got in my airplane and started the engine following my regular checklist. Bam! Bam! Bam! Immediately, I realized something was wrong and turned the magnetos to Off—the tow bar was still attached to the nosewheel.

The damage was done. The propeller was bent and needed to be replaced. The engine needed to be taken out and fully inspected. The good news was that this happened on the ground, there were no injuries, and my insurance covered the cost. But wow, what a hard lesson to swallow. I think I’ve replayed the sequence of events in my head 10 million times. At least I can say that I’m a better pilot today than I was before the incident.

Here are my main lessons learned:

Always do one final walk-around before getting into the cockpit—even if the preflight inspection was just completed—especially as I had left the airplane out of my sight. I will add to my checklist a big-picture walkaround to see if anything obvious was missed such as a tiedown or pitot tube cover.

When distractions during key parts of getting the airplane ready for flight do happen (I use the word “when” because I believe distractions are inevitable, no matter how hard we try to control the situation), I need to finish what I’m doing before putting my mind elsewhere. I should have taken the tow bar and stored it inside the baggage box before heading inside.

And the most obvious one—if my hands aren’t on the tow bar, it shouldn’t be attached to the airplane.

Mathieu Thibault is an engineer and private pilot who lives in Quebec, Canada.