Get the app Get the app
Already a member? Please login below for an enhanced experience. Not a member? Join today
News & Media flying carpet ride

Nothing’s more rewarding for pilots than a mission. 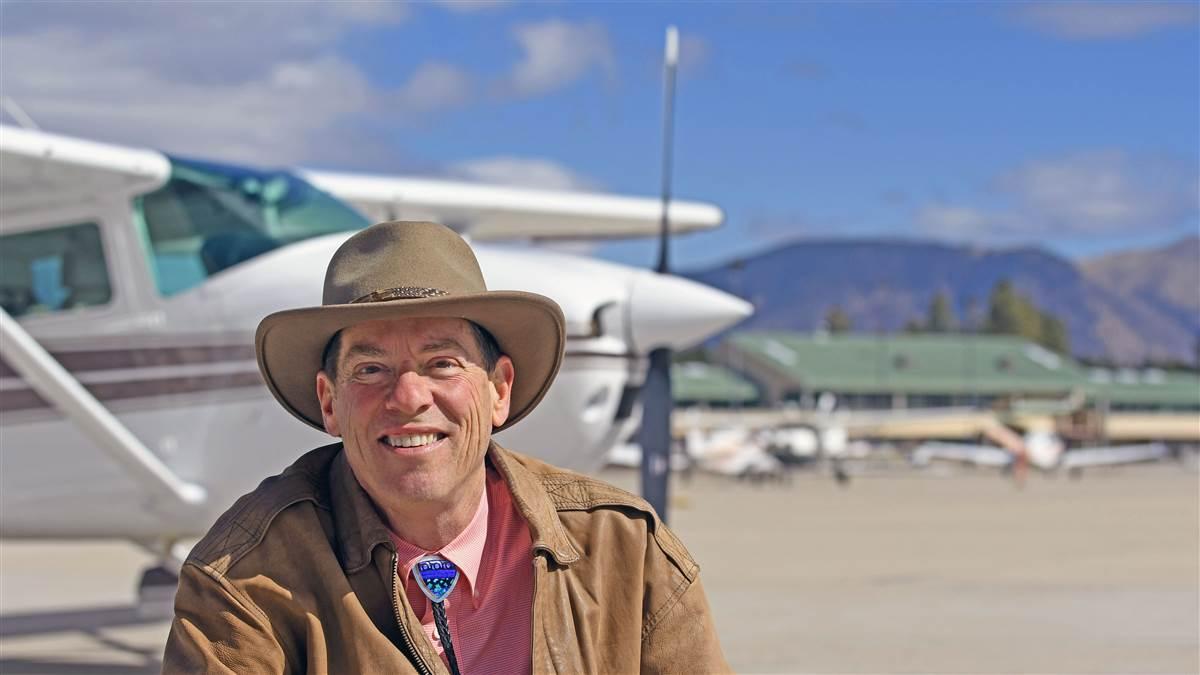 Greg Brown thrives on piloting missions. He’s been known to sit home on perfect flying days, wishing for a reason to take off.
www.GregBrownFlyingCarpet.com 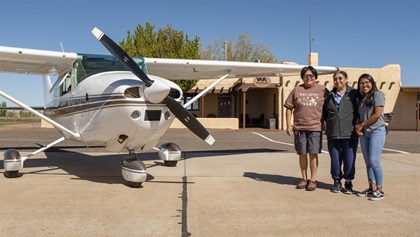 “Shay needs a ride home for Easter weekend—do you know anyone driving to Flagstaff from Phoenix?” texted our friend Terri from Window Rock, in far northeast Arizona.

Terri’s niece Shay is a university student in suburban Phoenix. Along with joining family for the holiday, she wanted to visit an ailing relative and her cousin’s young baby. But Shay has no car, nor is there efficient public transportation for the 300-mile drive from Phoenix to Window Rock. She sometimes rides five hours home with a classmate, but this time he could offer only the return trip.

Flagstaff is only halfway to Window Rock, but from there Terri could retrieve Shay in an afternoon’s drive. None of my neighbors, however, expected holiday visitors from Phoenix. So I offered my young friend a Flying Carpet ride.

Delivering Shay from Glendale Municipal Airport (GEU) directly to Window Rock would have saved Terri hours of driving, but for me it meant flying four hours in afternoon turbulence, half with an inexperienced passenger. Instead I proposed rendezvousing Shay with Terri at Winslow-Lindbergh Regional Airport (INW), just an hour flight from Glendale and two hours’ drive from Window Rock.

Shortly after I landed at Glendale on the appointed day, Shay texted that she’d arrived—but she was nowhere in sight. Thankfully her ride had delivered her to the wrong building, not the wrong airport.

Normally I avoid flying novice passengers in turbulence, but lacking other options I’d decided not to worry Shay about it beforehand. Only upon boarding did I reveal that we faced a bumpy ride. I briefed her on sick sacks, “though you won’t need one,” opened all cabin air vents, snugged her lap belt, and asked her to tell me if she got warm. I’d also brought half-frozen water bottles for sipping, and cooling her forehead or neck.

“Everything looks so small down there!” observed Shay as we surfed smoothish air over Phoenix. Turbulence began over the rugged Verde River Canyon, which I’d warned Shay to expect. The ride wasn’t bad by pilot standards—light to occasional moderate turbulence. At first unaffected, Shay spoke of school and her nursing career plans. But when she asked, “Do these bumps bother you?” I directed cool air and an icy water bottle her way, noting we were only 29 minutes to landing.

“Already?” said Shay. Soon afterward we entered high desert south of Winslow. Given my passenger’s discomfort and no traffic, I landed straight-in on Runway 4. Terri and her mother waited, beaming, outside Winslow’s 1929 adobe terminal building. Thanks to the Flying Carpet, Shay would be home for Easter. Terri wanted to watch me take off, so following hugs I waggled wings goodbye and steered 20 minutes homeward to Flagstaff.

“AWESOME!” Terri replied when I texted her after landing. “U ARE THE GREATEST!” Bumps or not, this is why we are pilots.