Get the app Get the app
AOPA will be closed on Monday, May 25, 2020, in observance of Memorial Day.
Already a member? Please login below for an enhanced experience. Not a member? Join today
News & Videos Keeping your distance

The science of turns around a point 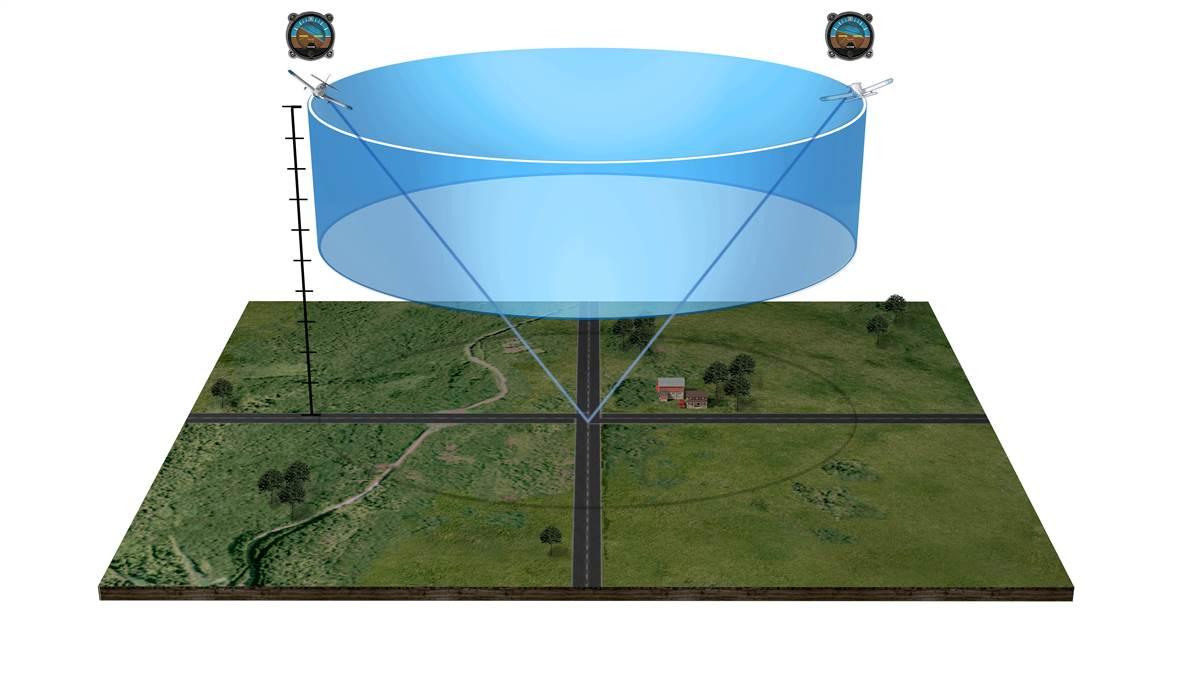 Put it into practice 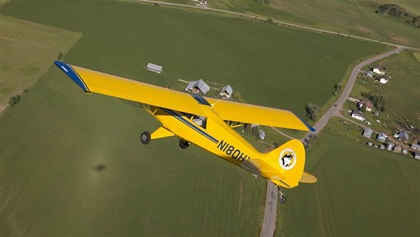 Flying in circles around some poor farmer’s barn may sound like an exercise in futility or a waste of fuel, but the FAA includes this and other ground reference maneuvers on the practical test for a reason. Whether we’re flying traffic patterns, showing a friend his house from the air, or conducting aerial surveys, we need to safely control the path of the aircraft even when the winds aren’t calm. (And, let’s face it, odds are they won’t be calm on checkride day.) These skills will help you avoid dangerous situations and maneuver confidently, even while close to the ground.

Wind awareness. Entering a turn around a point on the downwind ensures the bank is steepest at the start of the maneuver, so you don’t end up needing excessive bank partway through the turn to maintain your desired radius. That’s not the only time wind awareness will help you: Understanding the current wind conditions (see “Blown Away,” May 2019 Flight Training) helps you track a straight line to your destination, plan for enough fuel, control the aircraft during gusty landings, and find a suitable field for an emergency landing.

Wind correction. Turns around a point demonstrate the constant adjustments required to keep the aircraft going where you need it to go. Ground reference maneuvers illustrate that the direction of flight isn’t always the direction of the nose, and underscore some basic principles of wind correction: Crab into a crosswind, increase bank with a tailwind, and decrease bank with a headwind. Master these skills and you won’t overshoot final approach or drift too close to the runway on the downwind of the traffic pattern.

Divided attention. In turns around a point, it’s common for the point to get all the attention. But remember, you’re still flying the airplane. Ground reference maneuvers teach you to pay attention to critical information such as airspeed, altitude, and coordination even while you look outside. —Sarah Deener

According to the FAA, the purpose of ground reference maneuvers is to train pilot applicants to maintain desired ground tracks and airplane control in the presence of winds at low heights above the ground. Ground reference maneuvers require simultaneous division of attention between airplane control, visual scanning for traffic and collision avoidance, and flying proper ground track while maintaining coordinated flight.

It is often said that good landings are the result of good approaches. Moreover, good approaches are, to a large degree, the result of flying traffic patterns and circuits accurately in arbitrary winds. At the same time, dissipation of an airplane’s total energy (airspeed and altitude) must be accurately managed for required vertical flight path control. These skills are essential when performing challenging low-visibility circle-to-land segments on instrument approaches.

The basics of turns around a point

A particular focus here is on the science behind a turn around a point: a constant-radius and constant-altitude turn around a fixed point on the ground. The maneuver has other practical applications, such as circling over a designated area for surveillance, sightseeing, search-and-rescue operations, or aerial photography. Altitude and power generally remain constant, while bank angle and angle of attack change. An airplane is constantly accelerating and decelerating somewhat while turning. The FAA standard to maintain airspeed within plus or minus 10 knots may sometimes only be possible if the power is managed.

Turns around a point are normally entered downwind at altitudes of 600 to 1,000 feet above ground level (agl) to simulate light general aviation airplane traffic pattern operations. Under no circumstances should the pilot be lower than 500 feet agl. Before practicing any ground reference maneuver, clear the area and complete a premaneuvering checklist, while ensuring plenty of emergency landing sites exist should the engine fail. There are not many gliding options from such low altitudes.

A horizontal (not slant) distance from a reference point is typically 1,500 to 2,000 feet. There is no FAA standard for how accurately the constant radius must be maintained. It is difficult to judge such distances and we often use slant distance, which is OK as long as the altitude remains constant. Distance variations of no more than plus or minus 100 feet should be the goal. Ideally, maximum steady winds should not exceed 30 percent of the airplane’s true airspeed. 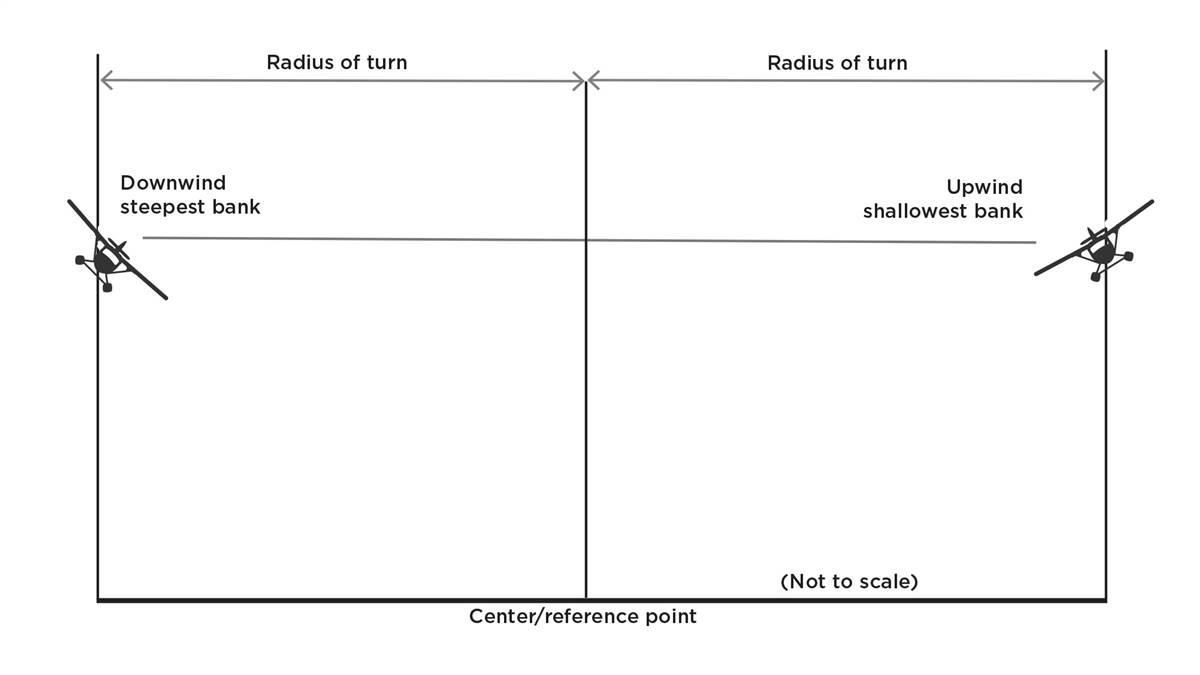 Enter a turn around a point facing downwind. The tailwind increases your groundspeed, so you’ll need the steepest bank of the maneuver at this point to maintain a constant radius. The shallowest bank of the turn is on the opposite side, when the airplane has a direct headwind. 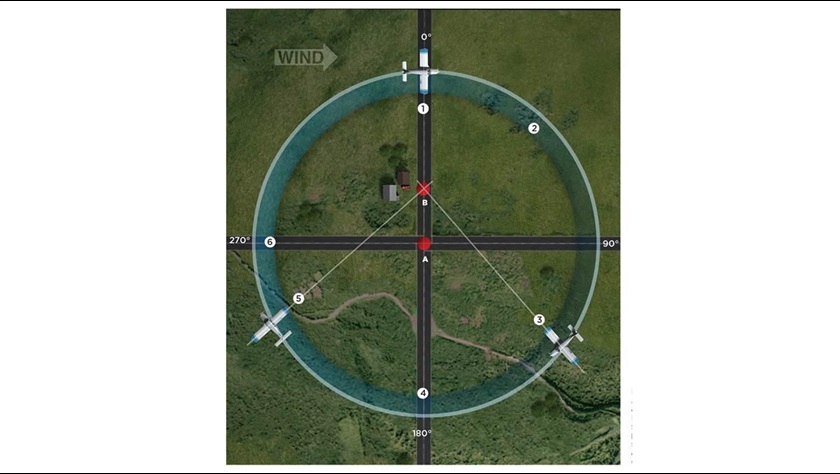 Maintaining a constant radius from point A requires constant changes to bank angle and rate of turn. The airplane’s lateral axis always points to B. In this scenario altitude, true airspeed, and power remain constant. The maneuver should be conducted above 500 feet agl and at bank angles of no more than 45 degrees.

Advanced maneuvers based on turns around a point 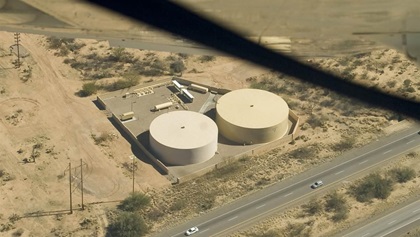 Although turns around a point are an essential component in airport traffic pattern operations, they also form the basis of other flight maneuvers. A high-altitude sibling of turns around a point is the steep spiral, a commercial pilot performance maneuver where the pilot of a single-engine airplane remains over and descends in a helical pattern above the intended landing area while compensating for winds. This may be needed after the engine fails, to get into a familiar position to execute a power-off approach and landing. For glider pilots such maneuvers are routine. Another constant-radius maneuver is flying a distance measuring equipment (DME) arc, sometimes serving as an initial approach segment of instrument approaches. Since the approved arc radius is between 7 and 30 nautical miles, there is no way of maintaining constant radius by visual reference. As the bank angles required are less than 1 degree, such turns are performed as a sequence of short straight-line secants or tangents on a circle using onboard electronic navigation. —ND

In calm winds, a turn around a point is simple; bank angle, groundspeed, and rate of turn remain constant. Consider a steady circular turn at 100 knots true airspeed (KTAS) with a radius of 1,500 feet in no wind: A steady bank angle of 30.6 degrees produces a rate of turn of 6.45 degrees per second. It will take about 56 seconds to complete a 360-degree turn.

Add winds, and the maneuver gets more complicated. Bank angle, groundspeed, and rate of turn are constantly changing, and the maneuver takes a bit longer. With 20 knots of wind and an identical circular ground track, for example, the groundspeed at the turn entry point (zero degrees in the figure on page 37) is 120 knots, with a bank angle of 40.4 degrees. The rate of turn at entry is 7.74 degrees per second. With a straight headwind (180-degree point) the groundspeed is 80 knots, the bank angle is 20.7 degrees, and the rate of turn drops to about 5.2 degrees per second. The groundspeed with a direct crosswind at 90 and 270 degrees is about 98 knots.

Interestingly, another reference point appears. Draw a line through the airplane’s lateral axis, and it will always point to B (above). This reference point is on a line perpendicular to the wind vector. It could be a few hundred feet on either side of the center depending on the ratio of wind to true airspeed.

While all this may look overly complex (and the science behind it certainly is), the skills you learn performing turns around a point will change many aspects of your flying with improved flight path accuracy and safety. FT

Nihad E. Daidzic is president and chief engineer at AAR Aerospace Consulting and a professor at Minnesota State University, Mankato. He is an ATP airplane multiengine land, gold seal flight instructor, and a FAASTeam representative. 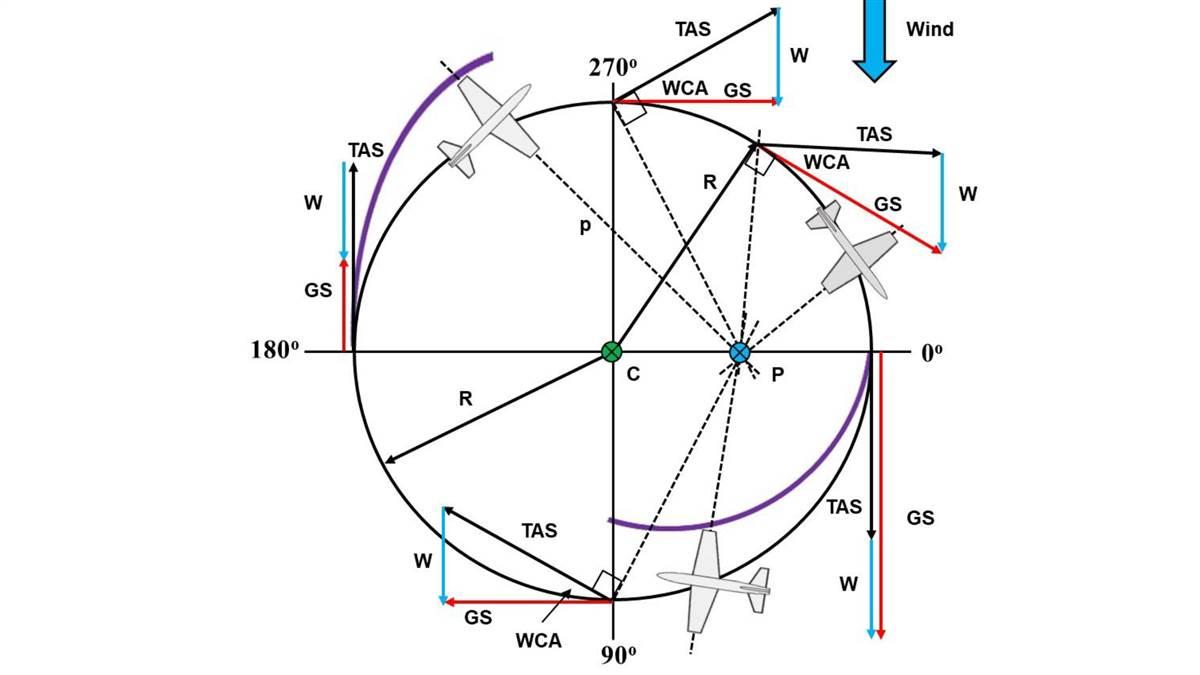