Get the app Get the app
AOPA will be closed on Monday, May 25, 2020, in observance of Memorial Day.
Already a member? Please login below for an enhanced experience. Not a member? Join today
News & Videos Technique: The Vuichard Recovery 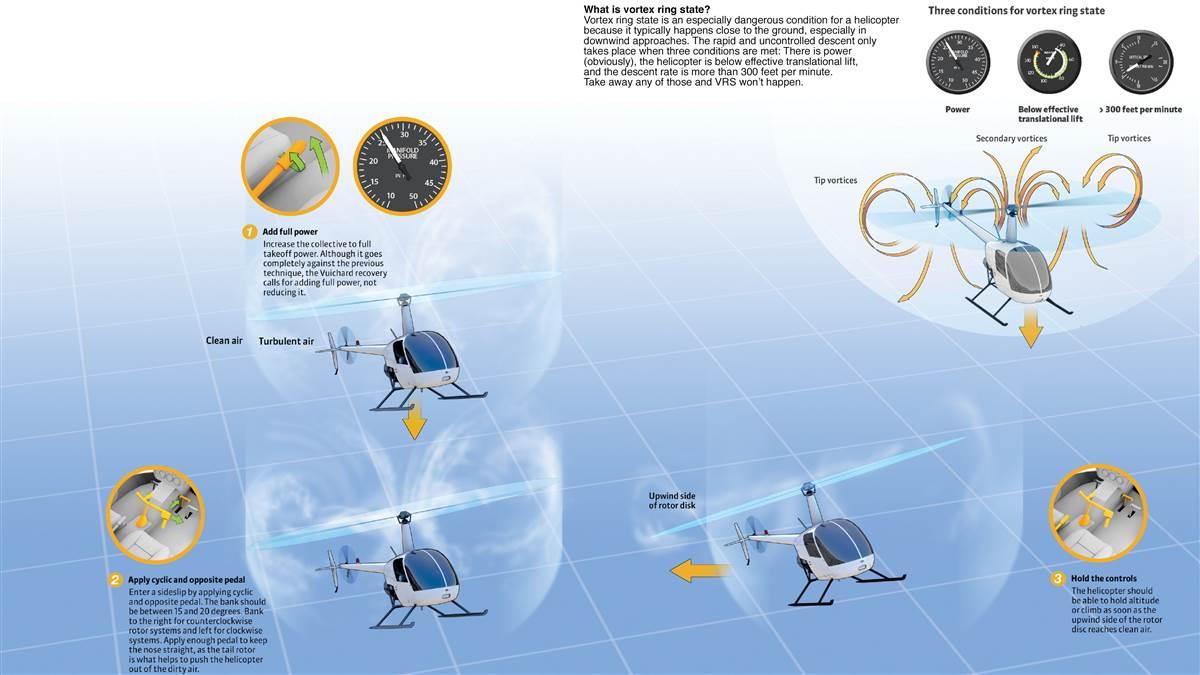 Click on image to enlarge
Illustration by Charles Floyd

Vortex ring state, or settling with power, is like punching the down elevator button for a helicopter. When a helicopter descends too fast in its own downwash, the rotor blades become less effective, and a rapid descent begins. If too close to the ground, a recovery could be impossible.

For decades pilots have trained to recover from VRS by reducing power and flying forward or laterally out of the dirty column of air. Now a newer technique has been pioneered that promises to keep altitude loss to around 50 feet or less.