Get the app Get the app
AOPA Members DO more LEARN more SAVE more - Get MORE out of being a pilot - CLICK HERE
News & Media Technique: On target

A master’s degree in engine-out procedures

One of my favorite questions to pose to candidates on a practical exam is, “Why do you think the FAA wants you to master this task?” For certain maneuvers, such as S-turns across a road for the private pilot candidate or steep turns in instrument conditions for the flight instructor candidate, the question elicits head scratching and answers can vary. 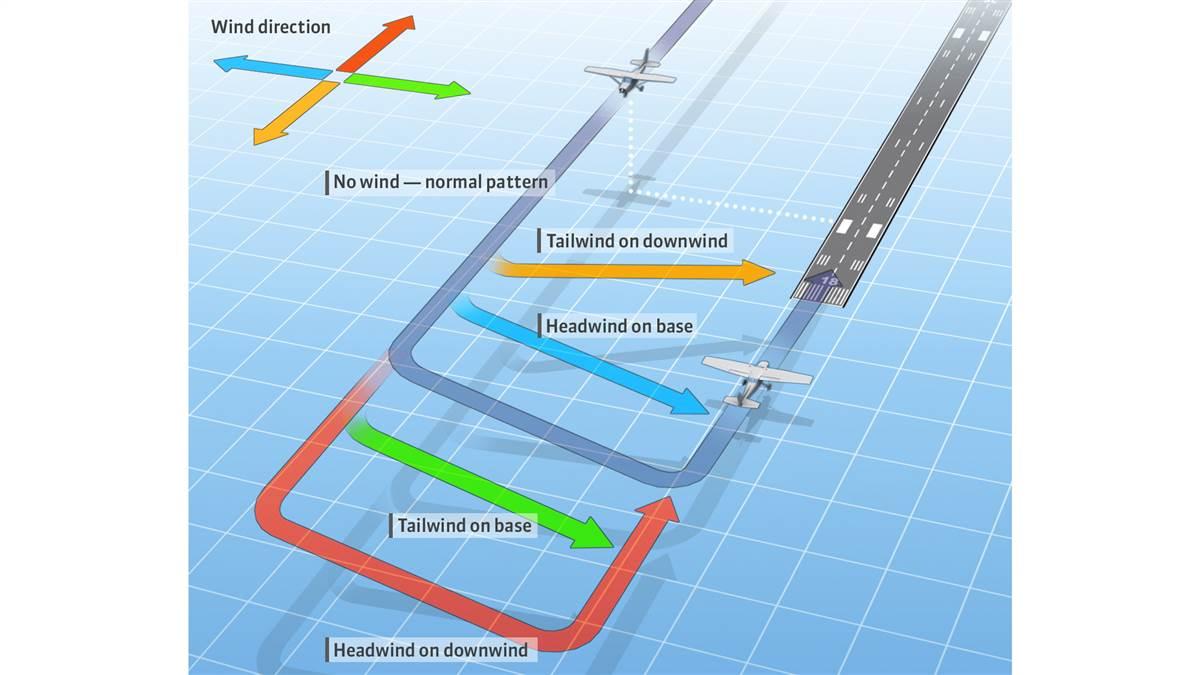 But for the power-off 180-degree accuracy approach and landing required for aspiring commercial pilots, the answer is obvious. The scenario involves an engine failure over terrain that is less than hospitable, save for a relatively small patch of ground in easy gliding distance that offers a reasonable chance for a successful landing. The pilot’s job is to guide the aircraft to touchdown at the beginning of the patch with minimal energy and stopping distance. While commercial candidates typically regard it as the most challenging on the practical exam, the maneuver is one worth mastering for every pilot.

The Airplane Flying Handbook (FAA-H-8083-3B) gives a general procedure for the power-off 180-degree accuracy approach and landing. Select a landing spot on the runway and, abeam that spot on the downwind leg of the pattern, reduce the throttle to idle and guide the aircraft to touch down close to the target. The altitude on downwind can vary with aircraft type but is generally not more than 1,000 feet above the ground. The Commercial Pilot Airmen Certification Standards (FAA-S-ACS-7A) require a stabilized approach and touchdown at a proper pitch attitude within 200 feet beyond the specified point and not before it.

Mastering the power-off one-eighty requires intimate knowledge of the aircraft glide characteristics, but that’s not all. Changing atmospheric conditions, namely winds, guarantee that no two such approaches will ever be the same. To successfully and consistently perform the power-off 180-degree approach and landing, the pilot must make continual and small changes in configuration and course so that landing with minimal energy beyond the target is assured. Energy management skills must be second nature. It’s about always keeping something in your back pocket to correct for deviations from the desired glidepath.

We’ll review the ingredients for the power-off 180-degree approach and landing, keeping in mind that myriad possible changes in atmospheric conditions might dictate alterations to the recipe. The goal is a stabilized approach, steep enough to glide over any obstacles on the path to the touchdown target.

Designated point. Choose a spot on the runway, perhaps the thousand-foot markers, and reduce the throttle to idle abeam this spot on the downwind leg of the pattern. Immediately set the appropriate pitch attitude and trim the aircraft for the angle of attack that results in the aircraft’s best glide speed. Maintain this airspeed until flaring before touchdown.

In an emergency, choose a landing area within easy gliding distance that provides for, if at all possible, landing into the wind. For an airplane that touches down at 60 knots, landing into a 10-knot wind results in half the energy to be dissipated on touchdown than landing with a 10-knot tailwind. That means half the stopping distance as well. If hitting obstacles after landing is inevitable, this lowered energy dramatically increases chances of survival. If landing into the wind is not possible, then touch down with as low an airspeed as possible.

Propeller pitch. If the airplane has a controllable-pitch propeller, you likely set it in its flattest pitch when entering the pattern. The increased drag provides for a steeper approach but degrades glide performance. Pulling the propeller back to a high-pitch, low-drag configuration can dramatically increase glide distance. While you will likely leave the propeller in flat pitch for the power-off 180-degree, it is worth remembering to place the propeller in high pitch during an emergency engine-out situation.

Pattern shape. The location of the turn from downwind to base is key, and it can make or break the success of the power-off 180-degree turn. In a no-wind situation, the turn is predictable and you might be able to use a certain time after retarding the throttle or a landmark to place the turn. But any winds preclude the viability of such a technique. A strong tailwind on the downwind leg can easily push the aircraft out of glide range, so an earlier turn is warranted. The attendant headwind on final might even dictate a non-rectangular pattern to ensure the landing spot is achieved (see graphic on p. 86). A headwind or tailwind on base means the turn from downwind should be, respectively, early or late. Keep in mind that a crosswind on final shortens gliding distance, whether a crab or a slip is used to counteract it.

Landing gear. While lowering the landing gear can exact a serious toll on glide performance, and leaving them retracted might be a wise option during an emergency, landing on a runway with gear down has been known to increase aircraft longevity. Focus can be so great during this maneuver that I’ve seen a candidate almost execute a gear-up landing with the gear warning light flashing and the horn sounding. During your approach the gear should be extended, ideally no later than turning onto final, in order that the approach is stabilized and you can compensate for the new glide characteristics.

Flaps. Extending flaps increases both lift and drag, and allows for a steeper and slower approach. But a common mistake is lowering them too early, and this can result in a premature touchdown. The penalty for retracting flaps on short final is an unfortunate settling effect. Consider them a valuable fine-tuning tool to be used only on the final segment of the approach.

Coordination. Unless the wind is perfectly aligned with touchdown direction, a slip will be in order. Even if you choose to crab on the final segment to compensate for a crosswind, a slip will be necessary before touchdown to align the aircraft’s longitudinal axis with the runway. It is easy to combine a sideslip to compensate for the crosswind with a forward slip to further steepen the approach. A slip is more versatile than adding flaps in that it can quickly be added and removed as needed to fine-tune the glide. Consult your pilot’s operating handbook to see if slipping is approved with flaps extended.

On the final segment of the approach, use an aiming point just short of the designated spot on the runway and make small adjustments as necessary to keep the aircraft on the proper glidepath. The secret of the power-off one-eighty is always keeping something in your back pocket; that is, always being able to make small adjustments to drag in order to touch down on the target.

Some candidates choose to, when coming up short, descend early into ground effect as the decrease in drag extends the glide range. While this is a nifty trick, it defeats the spirit of the maneuver. Remember the scenario is that unfavorable terrain surrounds the landing spot and an especially low approach in an emergency situation might mean striking an obstacle. Opt for a steeper approach that guarantees landing beyond the target point.

There is no question that power can be used to perform beautiful landings. But landing without power is something we all should practice regularly so that we have the best chance in an unfortunate engine-out situation. Whether you are a private pilot improving your skills or a commercial pilot dusting them off, mastering the power-off 180-degree approach and landing builds proficiency and confidence and is actually a lot of fun. Consistently performing the maneuver to commercial standards means you have earned a master’s degree in engine-out landings.