Get the app Get the app
Already a member? Please login below for an enhanced experience. Not a member? Join today
News & Videos Check out these Apollo anniversary events

From science centers to major air and space museums, events are planned across the country this summer to honor the Apollo 11 mission and history-making astronauts Buzz Aldrin, Neil Armstrong, and Michael Collins. 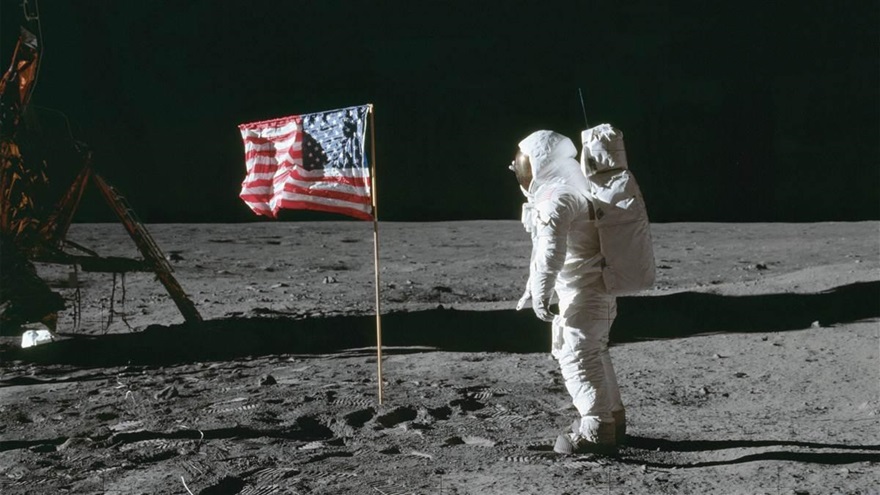 Astronaut Edwin E. Aldrin, Lunar Module (LM) pilot, poses for a photo beside the U.S. flag that has been placed on the moon. Image taken at Tranquility Base during the Apollo 11 Mission. Photo courtesy of NASA.

Most of the special events coincide with the duration of the eight-day mission, from blastoff on July 16 to when the astronauts safely splashed back down on Earth on July 24.

Here are a few events to consider.

Armstrong Air and Space Museum opened three years after Armstrong’s moon walk in his hometown of Wapakoneta, Ohio, north of Dayton. (The town even named its airport after him: Neil Armstrong Airport.) For 25 years, community leaders have held a Summer Moon Festival and this year have an extended 10-day celebration planned from July 12 to 21.

A hot air balloon rally, a parade, and a summer picnic, flights in Aeronca Champion aircraft like the one in which Armstrong learned to fly, concerts, and a four-day street festival are a sampling of the events scheduled.

Most of Armstrong Air and Space Museum’s events are July 19 and 20 and include presentations by visiting NASA astronauts, interactive science experiments, rocket launches, and other activities. Highlights of the museum’s permanent collection include the Gemini 8 spacecraft Armstrong piloted in 1966 and the spacesuit he wore for Gemini, along with his training suit for Apollo 11. 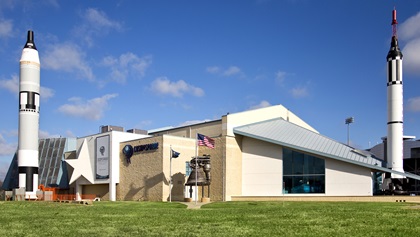 The Cosmosphere in Hutchinson, Kansas, just three miles from Hutchinson Regional Airport, is known for having the largest combined collection of U.S. and Soviet-era space artifacts in the world. It is debuting a new exhibit, “Apollo Redux: Celebrating the 50th Anniversary of the Moon Landing,” that will later travel. The exhibit features an authentic Apollo-era Mission Control back room console where visitors can sit and engage with interactive monitors that take them into the mission.

The Cosmosphere is holding a celebration week from July 15 to 20 that will include several events free to the public (no admission required), such as Opera Kansas performing moon-themed pop songs in the grand lobby on July 18, and Landing on the Lawn, an outdoor evening of space-themed activities that will culminate with a showing of the 1969 CBS footage of the moon landing followed by a Smithsonian Channel documentary The day we walked on the moon. 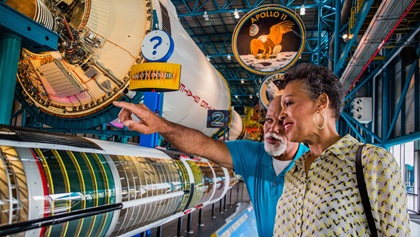 Kennedy Space Center Visitor Complex in Merritt Island, Florida, has reimagined its Apollo exhibits in time to honor its role as the site where a Saturn V rocket launched Apollo 11 in 1969.

On July 15, the museum will unveil its upgrades, exhibits, and experiences, from seeing the Astrovan that transported the astronauts to the launch pad to walking through a 1969 living room to see Lunar Theater’s showing of launch and moon landing footage and interviews.

Highlights of the complex’s fiftieth anniversary events include a flashback event at exactly 9:32 a.m. on July 16 that will take visitors through the launch sequence in real time, a moon landing event on July 20, and a re-creation of the welcome home celebration after the astronauts splashed down on July 24.

Smithsonian National Air and Space Museum in Washington, D.C., is honoring the anniversary with special events while the museum’s full Apollo exhibit is closed until a new permanent exhibit opens in 2022. There is still a lunar module in the main hall and a special case of Apollo 11 artifacts, which will be joined in July by Armstrong’s spacesuit.

On July 19, the Smithsonian is hosting a free Discover the Moon Day. Organizers have mapped out the distance that Armstrong and Aldrin walked from the lunar module Eagle to deploy experiments and collect rock samples and re-created roughly the same distance inside the Air and Space Museum. The path will have stations staffed by scientists and historians. 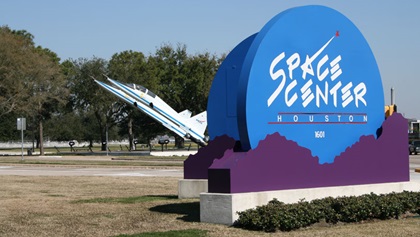 Space Center Houston, the visitor center of NASA Johnson Space Center, has events scheduled every day July 16 to 24. Included in regular admission are Apollo 11-themed mission briefings and pop-up science labs daily, as well as tram tours to the Historic Mission Operations Control Center. The control center is a national historic landmark, and this summer the room debuts a restoration to how it originally looked in the 1960s.

There are also opportunities requiring a special ticket. Lunches with Apollo-era flight controllers and children of Apollo-era astronauts are scheduled, as well as dinner with legendary NASA flight director Gene Kranz.

The main event is the all-day festival on July 20: Apollo 11 50th Live. The festival includes notable speakers, book signings, a family STEM zone, a performance from the U.S. Army Golden Knights aerial parachute demonstration team, and outdoor concerts. At 9:56 p.m. Central time, there will be an interactive countdown to Armstrong’s first steps on the moon.

U.S. Space and Rocket Center in Huntsville, Alabama, is the visitor center for NASA’s Marshall Space Flight Center and displays one of the largest collections of rockets and space memorabilia. “Apollo: When We Went to the Moon” is in the midst of its world premiere there, and the exhibit chronicling space exploration from the contentious days of the space race to the collaborative culture of the International Space Station program runs through December 2019.

Among a long list of U.S. Space and Rocket Center’s fiftieth anniversary events throughout July are a car show on July 13, featuring vehicles from the Apollo era and a full-scale, Polaris-powered Apollo Lunar Rover replica, and a panel discussion about Marshall Space Flight Center’s role in the successful landing on the moon and the trials and tribulations of developing rockets capable of carrying humans into deep space on July 20.

Looking for something closer to home? NASA has set up an events webpage and is continually updating a list of fiftieth anniversary happenings. Another option is Apollo 11: First Steps Edition showing at science centers and museum-based IMAX theaters in 26 states, Washington, D.C., and 10 countries. This is a giant-screen version of the new theatrical documentary Apollo 11, which puts the audience at the center of the mission with never-before-seen footage and audio recordings from key personnel throughout every moment of the mission. 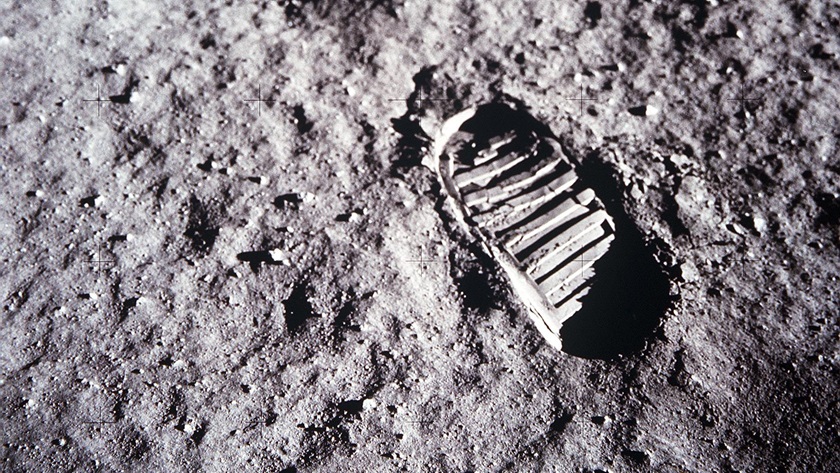