Get the app Get the app
Get the latest news on coronavirus impacts on general aviation, including what AOPA is doing to protect GA, event cancellations, advice for pilots to protect themselves, and more. Read More
Already a member? Please login below for an enhanced experience. Not a member? Join today
News & Media Busting the video bottleneck

A camera hovering over a public safety incident is only useful if the live video is delivered to those who need to see it most, and that’s usually the incident command staff, not the pilot. 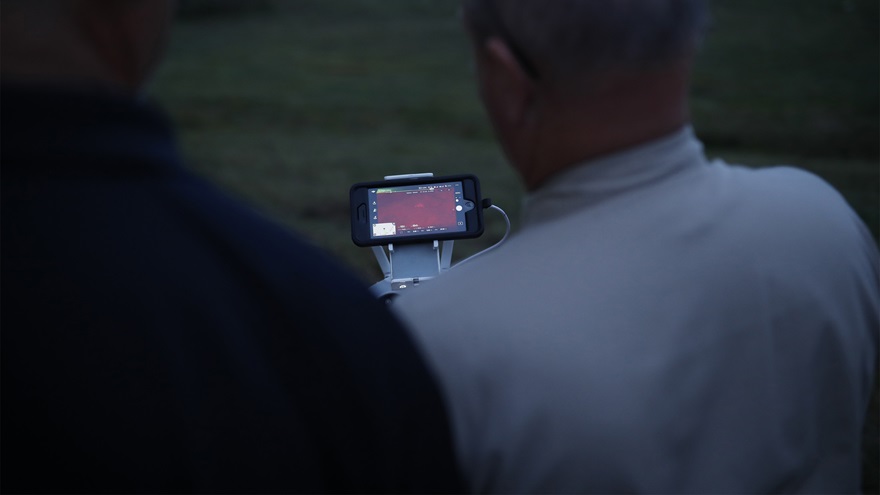 Video still has a long way to go once it reaches a public safety pilot's control screen. AOPA file photo.

Live video that lags or drops on its journey from aircraft to incident command post, or beyond, turns out to be a frustration shared by many public safety pilots. We still don’t have affordable and reliable solutions that meet a wide range of public safety agency demands, which reinforces my position that in the field of public safety unmanned aircraft operations, we are still just about 10 minutes into a new developing niche. These are the early days, and many vendors are pushing video streaming solutions in an attempt to break through the bottleneck.

Alexander Davis is the passionate and proud co-founder of Ubibird, among the new contenders taking a whack at this thorny problem. He spent time showing me his yet-to-be released platform.

Ubibird does have some exciting features, such as a second channel that allows command staff to scrub back through the video like a DVR and then pop right back to the live feed. Like a lot of solutions out there, Ubibird is in its is early days. The company is worth keeping your eye on as it grows its platform to become a value-added video streaming solution that can power through typical obstacles including poor wireless connectivity in the field.

I reached out to fellow public safety pilots, and nearly two dozen briefed me on what video technology they are using. Some were cutting edge and creative, but nobody was entirely thrilled with their current configuration. The most common response was that they were eager to find a better streaming solution.

When it comes to streaming video, I prefer solutions that are as dull and plain vanilla as I can get to minimize on-scene complications and technical issues. Boring is better in my book.

A couple of years ago, I discovered the Webcaster X2 from Epiphan. It is a video encoder box that accepts the video from my aircraft controller via an HDMI cable. The $295 box moves encoding processing from the controller or tablet and deals with it inside the Webcaster X2 box. The encoded video is then relayed to the rest of the team through a hotspot. The hotspot I use has inexpensive ($21) external antennas that increase upload speed. An unlisted YouTube channel receives the transmitted encoded video and makes it available for private viewing.

Once the incident is over, the video can be downloaded for review and deleted from YouTube. There is no ongoing cost for this solution. If there are any concerns the unlisted YouTube channel has been shared with anyone who should not have it, the channel can be deleted and a new one created with a few clicks.

I use a ClearClick HD Capture Box between the controller and Webcaster X2 to record the video and telemetry data for after-action review and archiving. The ClearClick HD box (priced around $100) allows all the video from the tablet used to control the drone to be saved on a USB that can be handed to law enforcement or archived following a mission.

My inexpensive streaming solution typically has a two- to four-second delay between the aircraft and the remote viewer. It's not a perfect solution when you consider the unique requirements of law enforcement and evidence retention, but it works reasonably well and fits in the budget.

Master Trooper Brian Leventhal of the North Carolina State Highway Patrol said what should be evident to all of us when it comes to streaming video to a distant location: “All solutions are dependent on having a solid, reliable internet connection."

The internet connection throughput is the bottleneck that can choke any video feed into uselessness. Solutions to deal with sending video via wireless internet range from expensive multiband cellular modems to your average retail hotspot. Exciting changes are coming to hotspot technology. As you read this, throughput capacity is poised to explode. As 5G cellular networks begin to spread, new hotspots like the Cat-18 Inseego models for AT&T and Verizon are hitting the market. For AT&T, look at the Netgear Nighthawk 5G Mobile Hotspot (service available in select cities so far). For Verizon, ask about the 8800L 4G LTE hotspot device to get faster speeds. The MiFi 8800L is an improvement to the previous Verizon hotspot. It is built using the Qualcomm Snapdragon x20 LTE modem and an LTE Category 18 chip. I hope to have a demo unit soon to test field results.

These new hotspots use carrier aggregation and MiMo (multiple in—multiple out) antennas to help combine more cell bands for faster service. Hotspot performance will accelerate as cell tower technology changes in the year ahead. To understand hotspot technology and what to look for, watch this video from the Mobile Internet Resource Center.

Trooper Leventhal also said that after Hurricane Florence, he streamed video via Vimeo to be viewed by various North Carolina state agencies. The Vimeo solution requires the configuration of an RTMP (Real-Time Messaging Protocol) server to send video.

If your agency decides to set up and maintain a private RTMP server, you can use it with DJI apps instead of sending video to either Facebook Live or YouTube. RTMP support is built-in.

Setting up your dedicated server can create frustrating technical problems. It seems RTMP servers always work well unless you are on an incident scene at 2 a.m. and tech support is sound asleep.

RTMP can be used with Sling Studio to send video. Trooper Leventhal noted that Sling Studio requires additional equipment that costs around $1,200.

"The biggest benefit to the Sling Studio is you can turn your live streaming into an actual video production where you can have multiple video and or audio feeds and seamlessly swap between them,” Leventhal said. “With this setup, you can stream your drone footage along with other video inputs. You can even add graphics and logos to the stream for a very professional look."

Department budgets can be tight, and finding spare funds to pay for commercial platforms that include streaming options, like DroneSense, Cape, DJI Flighthub, Kittyhawk, and others can be difficult.

Another public safety agency shared that it had looked into the AMV video streaming device, but the initial $6,000 expense and the ongoing $120 a month was outside of the agency's budget. Instead, the agency decided to look more closely at a $700 cellular modem to get the video where it needs to go.

One fire-and-rescue agency using the DroneSense package had good things to share about it. They were very pleased with the sub-one-second latency streaming video using AT&T FirstNet as the cellular provider.

Wowza was another platform mentioned by a few departments and also a fire department in Spain. Wowza is a streaming cloud platform with monthly pricing ranging from $49 to $2,495.

My impression from talking to a number of law enforcement and fire service departments is that people are generally frustrated by their ability to consistently and reliably transmit HD-quality video to remote viewers. The hunt for a simple, reliable, and affordable solution continues. 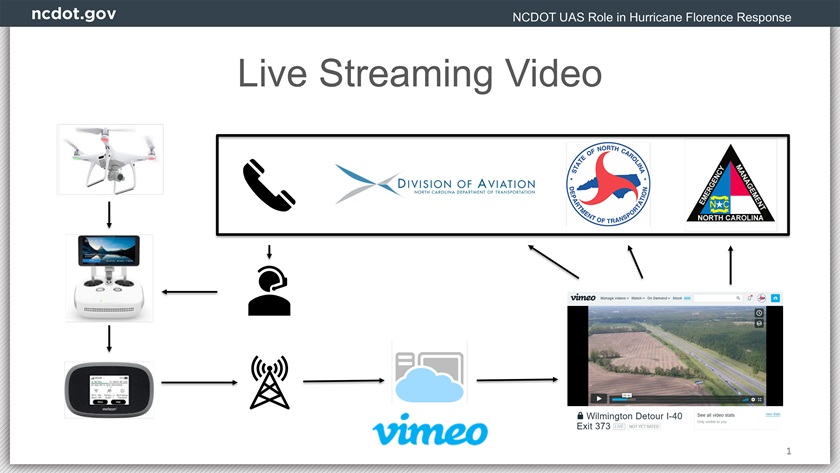 Steve Rhode has been flying manned aircraft since 1988, and is an instrument rated private pilot as well as a certificated remote pilot. Steve serves as chief pilot with the Wake Forest Fire Department in Wake Forest, North Carolina, and as an unmanned aircraft instructor.
Go to Steve Rhode's Profile
Topics: Unmanned Aircraft 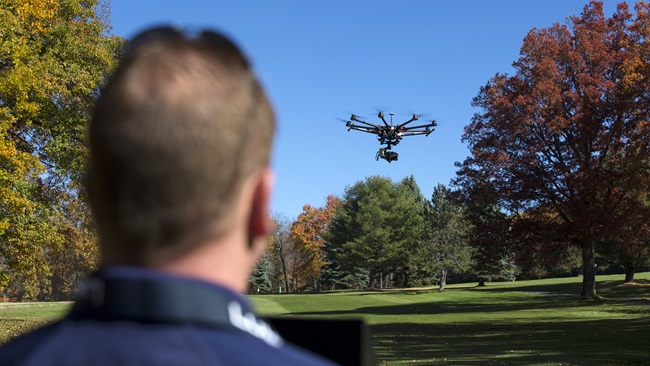