Get the app Get the app
Already a member? Please login below for an enhanced experience. Not a member? Join today
News & Media AirCam beefs up

AirCam is adding a third seat, bigger engines, and a higher gross weight in an extensive upgrade of its distinctive twin-engine kit airplane. 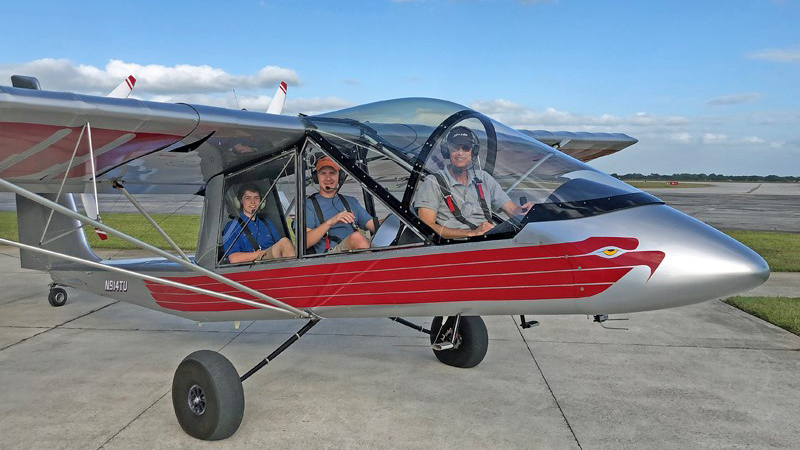 “The new jump seat will be quickly removable to convert between cargo and a third passenger,” said Phil Lockwood, who designed and flew the first AirCam in the mid-1990s for a National Geographic photography expedition.

Both carbureted and fuel-injected Rotax 912 engines can be modified with a “big-bore kit” that includes new cylinders and heavier pistons. The engine upgrade is required for the gross weight increase. The third seat can be installed with or without an AirCam canopy enclosure.

Some AirCam owners and overseas operators have added additional seats in the past—but that was done without factory approval.

“Not only didn’t we approve third seats, we strongly discouraged them,” Lockwood said. “We didn’t want to give up the single-engine performance. But with the additional power and additional structure, we can do it safely.” 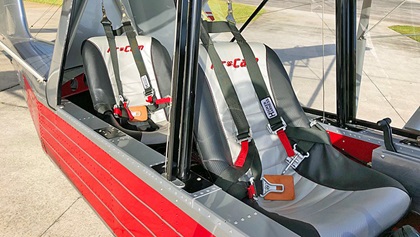 The Gen-3 kits are only for land airplanes, but float AirCams—which operate at gross weights up to 2,000 pounds—can benefit from the more powerful engines, Lockwood said.

The Gen-3 kits aren’t retrofittable to existing AirCams. The company created the first AirCam in the mid-1990s, and about 250 of them are currently licensed and flying.

The engine upgrade costs about $6,000 per engine, and Lockwood says he doesn’t expect the additional power to reduce Rotax’s current 2,000-hour time between overhauls.

“We’ve installed the big-bore kits on a few of our airplanes and the performance is stellar,” he said. “They provide more horsepower with no increase in weight. Since AirCams typically cruise at very low engine power, we don’t anticipate any change to TBO.”