Get the app Get the app
Already a member? Please login below for an enhanced experience. Not a member? Join today
News & Media 'Stepping stones' for drones

Drones are flying more advanced missions including generally prohibited sorties over people and beyond the pilot’s sight. Some of the systems long used in manned aviation are being adapted to mitigate risk, while others don’t quite fit. 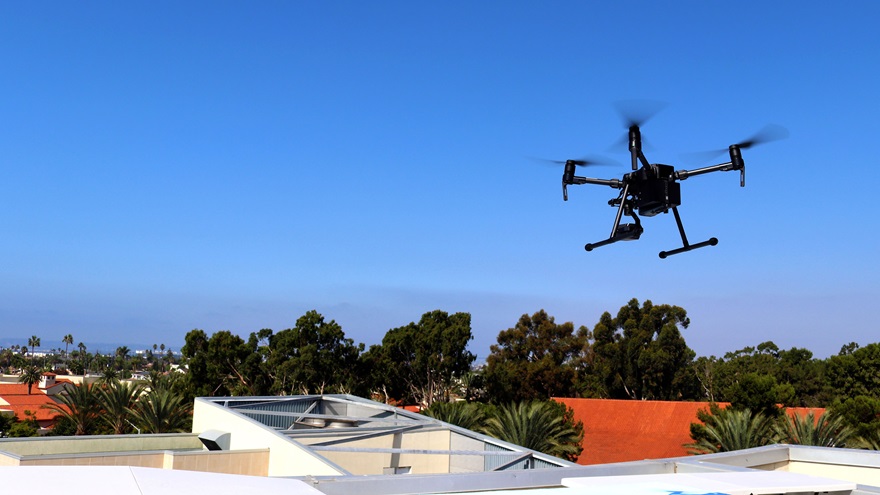 The Aviation Safety Reporting System administered by NASA is being adapted into an unmanned version. Many nonpilots are now familiar with ASRS, which allows flight crews to report anomalies, hazardous conditions, and other situations in the interest of safety, and earn a measure of protection against adverse actions or sanctions from the FAA in exchange for speaking frankly and reporting possible safety issues. The system gained notoriety in the wake of recent Boeing 737 MAX 8 crashes after ASRS reports of similar incidents were quoted by journalists.

UASRS, the unmanned version of ASRS, is in the final stages of development, according to a recent briefing provided to members of the FAA Unmanned Aircraft Safety Team, a government-industry collaboration that is also modeled on similar groups created to support safety in commercial and general aviation.

On the other hand, while the life expectancy of critical parts and components in manned aircraft is well-known and amply documented, drone manufacturers are very tight-lipped about how long flight-critical parts and components actually last, and how long they’re expected to last. The words “mean time between failure” appear virtually nowhere in the literature provided to operators. 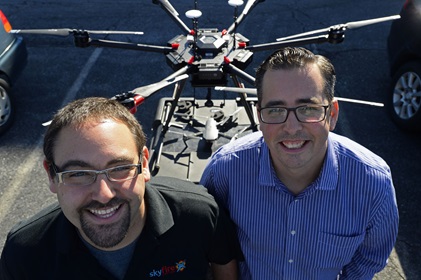 On March 21, Skyfire Consulting, a drone services and training company created by Matt Sloane and certificated flight instructor Ben Kroll, announced FAA approval of the first authorization to fly drones for emergency response beyond the pilot’s line of sight. That was a significant step forward for a police “drone as first responder” program that is among 10 collaborations around the country involving local and tribal governments and drone industry leaders chosen by the FAA and Department of Transportation to demonstrate advanced missions and applications for drones.

The next day, March 22, the Civil Aviation Authority of the United Kingdom posted an online notice that six DJI Matrice 210 unmanned aircraft, which share the same motors, batteries, and other propulsion system elements with the DJI Matrice 200 model being flown over a crowded coastal community just south of a San Diego suburb by the Chula Vista Police Department, had crashed under similar circumstances. Malfunctions of the M210 in the United Kingdom had led to “rapid uncontrolled descent” and “impact with the ground. Reports suggest the issue may lie with one of the airframe’s motors. We are working with the manufacturer and monitoring the situation.”

Chula Vista Police Lt. Chris Kelley, who commands a watch and leads the department’s unmanned aircraft program, said in an email exchange that he first learned of the latest Matrice trouble on the same day the CAA posted the notice, possibly through social media. The department’s M200 fleet had been grounded months before after in-flight battery failures brought down some number of M200 aircraft, and remained so until DJI announced a firmware fix in January. The March 22 CAA notice, however, was not deemed sufficient reason to ground the flying first responders this time. Contractors working with the city, including Skyfire and Cape Productions, which designed the mission software, advised that the problem was believed related to firmware specific to the M210, which uses identical DJI motors but, apparently, different firmware. DJI also worked with Chula Vista police, but it’s not clear how much information the company provided.

DJI spokesman Adam Lisberg, in an email exchange, provided a prepared statement on March 26: “DJI is aware that a small number of M210 series drones have been affected by malfunctioning of the propulsion system. We are urgently investigating these incidents to help ensure [flight] safety and product reliability. In the meantime, we recommend all users refer to the appropriate maintenance guidelines (M200 series here and M200 V2 series here) to help maintain their aircraft and maximize flight safety.”

(Follow those links to various documents including a two-page maintenance guide that makes no mention of life limits on parts or components, nor recommended replacement schedules.)

Lisberg said DJI did not notify M210 or M200 owners directly. This left operators (including the Southern California police department that was routinely flying the 13-pound aircraft on beeline routes from the rooftop of police headquarters to and from emergency calls inevitably passing briefly, with FAA permission, over the heads of people on streets and sidewalks) to find out there’s an issue they might want to look into on Twitter, Facebook, or perhaps Instagram if anybody posted a photo of drone wreckage.

An FAA spokesman confirmed there is no system currently in place to distribute equipment safety information to drone operators in the United States, though there has been informal discussion of providing that service.

AOPA Senior Director of Government Affairs for Airspace, Air Traffic, and Aviation Security Rune Duke has spent hours representing AOPA on the aforementioned Unmanned Aircraft Safety Team and said he is not as alarmed by the dearth of drone reliability data as some might surmise. Duke said that the CAA notification is “interesting,” but noted a few reasons it would be challenging to implement in the United States without causing other problems.

Aircraft makers must pass increasingly stringent standards moving from ultralights up to passenger jets, and these disparate aircraft are treated differently for good reasons, Duke said. Unmanned aircraft, even those that cost $10,000 and up, still “are not expected to perform at the same level as manned aircraft, nor would AOPA want the same approach. We don’t need to apply those same requirements” to unmanned aircraft.

Duke said AOPA continues to analyze the first major Part 107 revision, a series of rule changes announced in January and subject to public comment, and preparing those comments is the main focus of attention. Duke said AOPA will provide feedback on the proposed changes that, once finalized, will allow drones to fly over people and beyond visual line of sight routinely, and without specific FAA authorization.

Despite having exactly that in hand already, the drone pilots of the Chula Vista Police Department are favoring caution.

“We did not know how long the BVLOS COA process would take so we applied with the understanding that we would expand our ops incrementally, if granted,” Kelley wrote. “Executing BVLOS (by police officers) in an urban environment much different than in training areas—signal interference, GA traffic, balloons, pilot training, etc. We are moving toward expanding our ops each day!”

Kroll, the Skyfire consultant and CFI who helped Chula Vista police prepare the application for that expanded authorization, said the FAA was principally interested in mitigating the risk of collision with manned aircraft as those Chula Vista police drones flew ever farther from a headquarters rooftop that affords clear views for miles. Even when the drone flies too far away to be seen, the remote pilot in command will continue to keep the airspace in view, always ready to move the drone out of the way if a manned aircraft gets close to the operations area.

“They can bring the drone down,” Kroll said. “There are mitigations.”

The risks involved with flying over people were also part of the assessment prepared for the FAA, Kroll said. The Chula Vista drones are not equipped with parachutes, but they are not flown over people except incidentally, and briefly, during transit to and from police calls. “We categorized that as a medium risk level. They (FAA staff) were OK with that.”

Kroll said aircraft system reliability was also part of the risk assessment, and there was some data to go on from tests conducted by Cape, and Skyfire’s own experience, though Kroll was unaware of DJI supplying or summarizing the vast trove of operational data that the Chinese firm that dominates the world market for small, nonmilitary drones presumably has access to, at least from customers who opt to share flight data with DJI—a necessary step for synchronizing electronic flight records across multiple devices, for one thing. Kroll said DJI’s reluctance to share reliability data is not unusual in the industry but “frustrating” just the same: “The FAA has wanted more information from DJI … we certainly would like more information.”

Kroll said that other Skyfire clients had lost M210s to crashes, and “one of ours crashed” under similar circumstances. “DJI doesn’t even tell you when to replace a motor. Us on the manned side, we’re like, ‘What? That doesn’t make any sense.’”

Kroll said the FAA staff who reviewed the application for beyond visual line of sight authorization spent more time studying Cape’s software, along with a MITRE study of airspace use drawn from all available aircraft operations data—radar and Automatic Dependent Surveillance-Broadcast (ADS-B) records sufficient to confirm that the airspace around Chula Vista Police headquarters is not heavily used by aircraft.

“Chula Vista’s kind of a perfect test case,” Kroll said, but he added that safe BVLOS procedures here may not easily translate to cities with more crowded skies and shorter sight lines. Kroll said the idea was never to have Chula Vista police respond to calls in San Diego, or otherwise wind up in airspace that a human pilot cannot effectively monitor. “This is a stepping stone kind of a COA.” 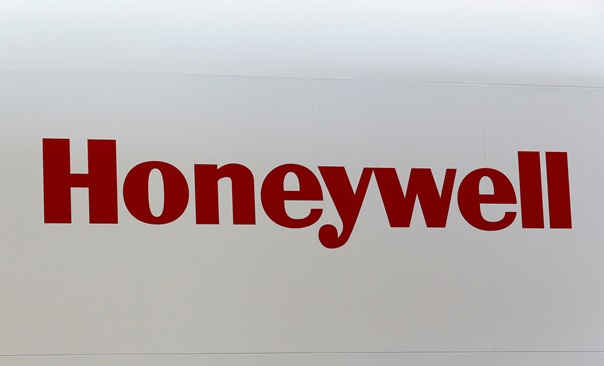