Get the app Get the app
Get the latest news on coronavirus impacts on general aviation, including what AOPA is doing to protect GA, event cancellations, advice for pilots to protect themselves, and more. Read More
Already a member? Please login below for an enhanced experience. Not a member? Join today
News & Videos Crane Island pilot community coming to life

One gets a sense of the history surrounding Fernandina Beach Municipal Airport on Florida’s Amelia Island even before landing. In the pattern for any of the three crisscrossing runways, pilots can’t help but notice the outline of the new Bent Wing Flight Services fixed-base operation—the building is shaped like an airplane. Once on the ground, the “bent” roof line of the airside of the building and the “tail” forming the landside portico is quickly seen as a representation of the gull-wing Vought F4U Corsair. The airport served as a Corsair base during World War II. 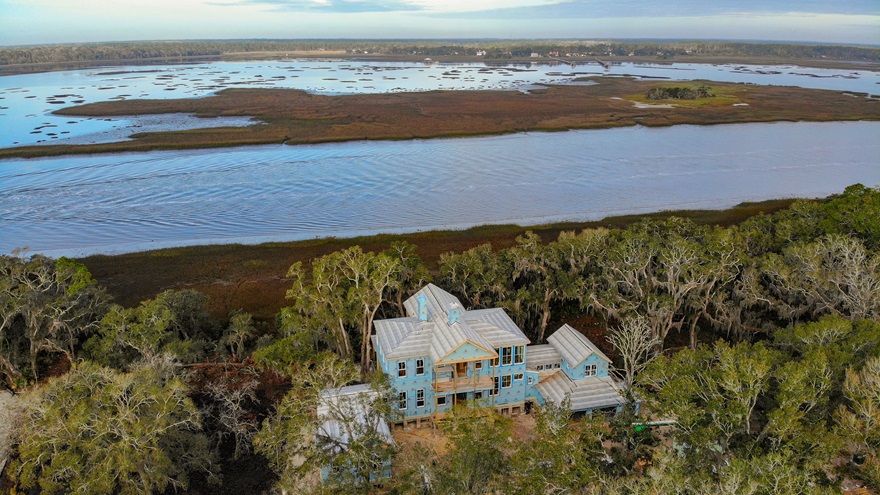 The first house built in the Crane Island community is a Southern Living Idea House, a luxury home with a commanding view of the waterway. Photo courtesy of Craneisland.com. 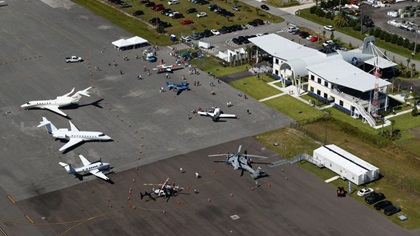 FBO owner Brian Echard explains that given the heritage of the airport, it only made sense to theme his new facility after the famous fighter. Inside the lobby, a large scale model of the airplane further reinforces the theme, as do the airplane-themed furniture and welcome desk.

The airport is the front door to the famed Amelia Island community, which over the centuries has been occupied by Spanish, French, and British settlers. Located on Florida’s east coast just south of the Georgia line, the island has become famous for its golf courses, historic downtown Fernandina Beach, and luxury accommodations, including a Ritz-Carlton resort.

A group of pilots who are also real estate developers have recently begun a new residential development to give fellow aviators new ways to enjoy the region. Jack Healan Jr. and his son Jack Healan III with backing from other pilots have eyed Crane Island for years as a retreat for pilots. Through-the-fence access to the Fernandina Beach airport will allow a pilot to land and within minutes be at home on Crane Island, an undeveloped island on the Intracoastal Waterway. The Healans recently completed the infrastructure portion of the island development and started construction on the community’s club house, which will feature an infinity pool overlooking the waterway. The community is envisioned to include 113 home sites on the 185-acre island, each of about an acre and most all of them with a view of the region’s iconic marshlands or the waterway. The first house is a Southern Living Idea House, a large luxury home with a commanding view of the waterway—and one that will be featured in the magazine once it is finished. During a visit by AOPA editors in February, the impressive home was framed up and expected to be finished this summer. It is expected to sell for around $3 million. Most lots will be about $1 million. Vice President Jack Healan III expects homes to range in price from $1 million to $3 million. 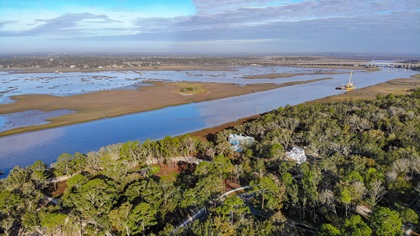 Healan regularly commutes to the site in his Piper Comanche from his home in Atlanta; his father primarily flies a Mooney. “We’ve been involved with the Amelia Island community for decades,” he said, “and we’ve always eyed Crane Island as a great place for pilots. The access to the airport means a pilot can be at home and be just a short ride from his airplane.” The pilots envision a group of new hangars on the airport’s east side, nearest the bridge to Crane Island. Healan suggests the pilots could form their own club and have their own fuel farm.

Meanwhile, the developers are highly focused on protecting the trees and environment that make Crane Island a natural retreat. Large trees draped in moss abound, providing an almost a sanctuary-like feeling to the small island. 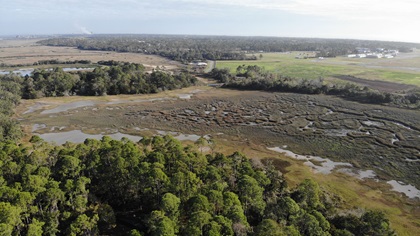 Mark Paolucci fell in love with the place immediately. The retired Cessna Aircraft executive has been a regular visitor to Amelia Island for decades and has known the Healans and Saad Wallan, one of their financial backers, for even longer. He was among the first buyers. He is busy working with the select group of architects and builders the Healans are using for this development. Paolucci expects to start building in early 2020. “I like the whole concept of a maritime forest—protecting that—and building homes that reflect the lowlands area. The hangars would just be a bonus,” he said.

Crane Island has a colorful history. Most notably, it was home to Sarah Alice Broadbent, whose father John built a large home on the otherwise uninhabited island around 1886. He died and his other daughter moved away, leaving Sarah Alice the sole resident. Over the years, she became a recluse around which many stories were told. She was reported to have money hidden in the house. Locals reported being shot at for coming close to the island. But the mystery deepened on Nov. 7, 1952, when the house burned down and Sarah Alice disappeared. Investigators insist that if she had been in the fire, her remains would have been discovered—but they weren’t. She was never heard from again.

Healan explained that as a nod to the history, the central park area of the island will be named Alice Park. 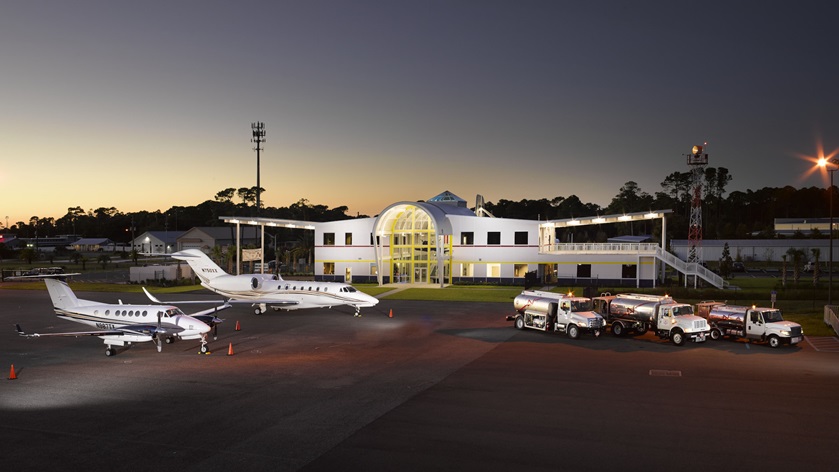 Editor in Chief
AOPA Editor in Chief Tom Haines joined AOPA in 1988. He owns and flies a Beechcraft A36 Bonanza. Since soloing at 16 and earning a private pilot certificate at 17, he has flown more than 100 models of general aviation airplanes.
Go to Thomas B Haines's Profile
Topics: US Travel