Airport in the Sky reopens

Pilots all over Southern California and beyond rejoiced May 3 at news of the grand reopening of Catalina Island’s popular Airport in the Sky, a favorite fly-in destination that is south of the Los Angeles Basin and 22 miles from the coast of California. The historic airport has been closed since the beginning of the year for runway repairs. 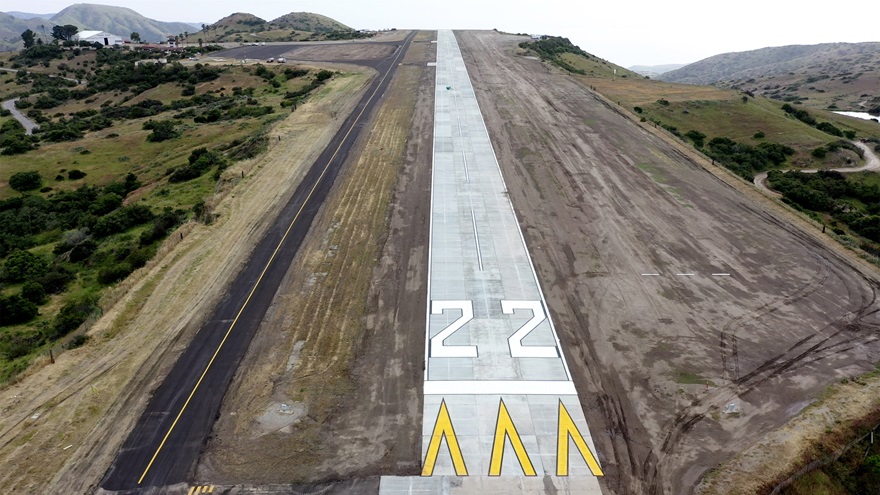 Catalina Island's Airport in the Sky reopened May 3 after and a joint effort from the U.S. Marine Corps and the U.S. Navy Seabees. Photo courtesy of the Catalina Island Conservancy.

Catalina’s 3,000-foot-long asphalt runway was in a sad state of affairs and becoming worse even though $250,000 per year had been spent on patchwork. Unfortunately, the patching had no lasting effect. The surface was replete with potholes and loose surface fragments; it was breaking up. Landing there had become an annoying, teeth-rattling experience, not to mention the damage this did to shock struts and tires. Finally, the Aeronautics Division of the California Department of Transportation said that it would not allow the Catalina Island Conservancy to continue operating the airport as a public airport without a viable, long-term repair plan.

AOPA supported the Catalina Island Conservancy in discussions to have the runway redone by the 1st Marine Expeditionary Force from Marine Corps Base Camp Pendleton as a training exercise. The U.S. Marine Corps and Navy Seabees came to the rescue, as they have so often done in the past. Their involvement became a symbiotic match of a community’s need for a new runway and the Defense Department’s need to provide real-world training for the Marines and Seabees. Maj. Lisbeth Andriessen said that “if Marines deploy somewhere and an expeditionary runway needs to be built in a hurry, we need the ability and know-how to construct one as rapidly as possible in that deployed environment. The training we received at Catalina helps us to maintain that kind of readiness.” 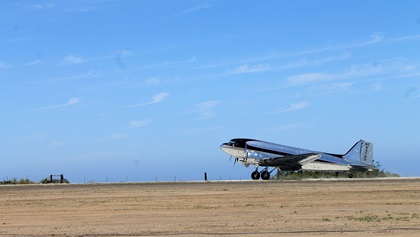 The first airplane to land and celebrate the airport’s reopening was NC64784, a 1944 Douglas C–47 Skytrain that had been converted to a D–3 in 1947. It was originally owned by Philip and Helen Wrigley and was operated out of Catalina. And it’s still in the family, currently owned by Geoff and Alison Wrigley Rusack, William Wrigley’s son-in-law and daughter. With only 3,434 hours in its logbook, this apparently is the lowest-time DC–3 in the world. The airplane currently is in the process of undergoing complete restoration by Aerometal International in Aurora, Oregon.

The Wrigley family, of course, is best known for chewing gum and principal ownership of the Chicago Cubs baseball team and its home, Wrigley Field. William Wrigley Jr. also had controlling interest in Catalina Island. His son, Philip, had the airport built by leveling off two adjacent hilltops and filling in the canyon between them. It originally opened in 1941 and was called the Buffalo Springs Airport. It was not open to the public until 1946. The lofty airport is 1,602 feet msl, explaining why it is called the Airport in the Sky.

Philip Wrigley also deeded most of the island in 1975 to the Catalina Island Conservancy, a California land trust dedicated to protecting and restoring Catalina’s interior, including its popular airport.

Visiting pilots can once again land at the Airport in the Sky and take a 45-minute shuttle ride down the mountain to visit quaint Avalon, or they can have lunch on the outdoor patio of the airport restaurant, appropriately called the DC–3. This overlooks a magnificent vista that often includes wild buffalo grazing across the valley or giving into an approaching and friendly fox looking for a handout.

Barry Schiff has been an aviation media consultant and technical advisor for motion pictures for more than 40 years. He is chairman of the AOPA Foundation Legacy Society.
Go to Barry Schiff's Profile
Topics: U.S. Travel, Travel 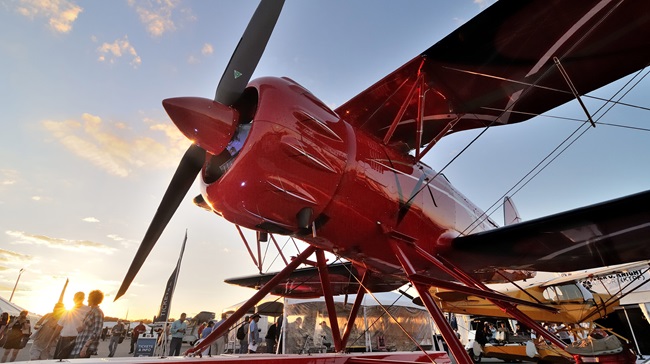