Get the app Get the app
Already a member? Please login below for an enhanced experience. Not a member? Join today
News & Videos US Air Force Academy graduate wins Martha King scholarship 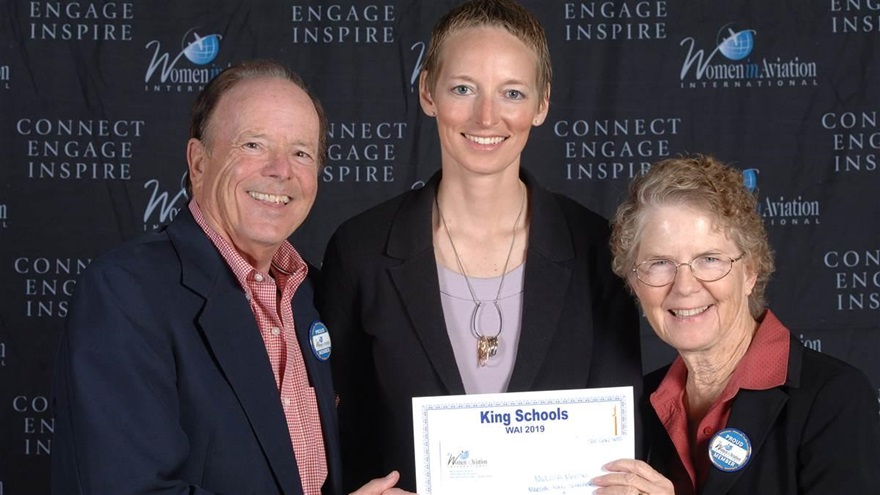 The scholarship helps a pilot earn an initial CFI certificate or an add-on rating and also allows free, lifetime access to all King Schools courses. The total value is more than $18,000, the school said in a news release.

Martin is a Lockheed C-130 Hercules pilot for the Montana Air National Guard. She has been focused on flying since she was a teenager looking upward from Big Sky Country and currently flies an Aviat Husky taildragger. Martin is also a breast cancer survivor.

“I fell in love with flying from flying around the mountains as a teenager, and I was curious enough about aviation to ask for a job at the airport,” she explained. Martin earned a master’s degree, which led her to believe she could combine learning with aviation. “I realized that I could be as good of a pilot and teacher as the person next to me.”

She thanked Women in Aviation International, Embry-Riddle Aeronautical University, and the Kings for the encouragement and mentorship that helped “make my dream a reality.”

Martin said she wanted to give back to the community that supported her. “As a flight instructor, I want nothing more than to pass along to tomorrow's aviators the same knowledge and enthusiasm that I've been graciously given.”

King said she was "deeply proud" of the Montanan and complimented Martin as a "tough and inspirational" role model for other female aviators.