Tamarack Aerospace responded to the FAA’s grounding of Cessna Citation jets equipped with its performance-enhancing active winglets with a proposal to resolve safety concerns and a request that the agency re-evaluate its risk assessment of their product. 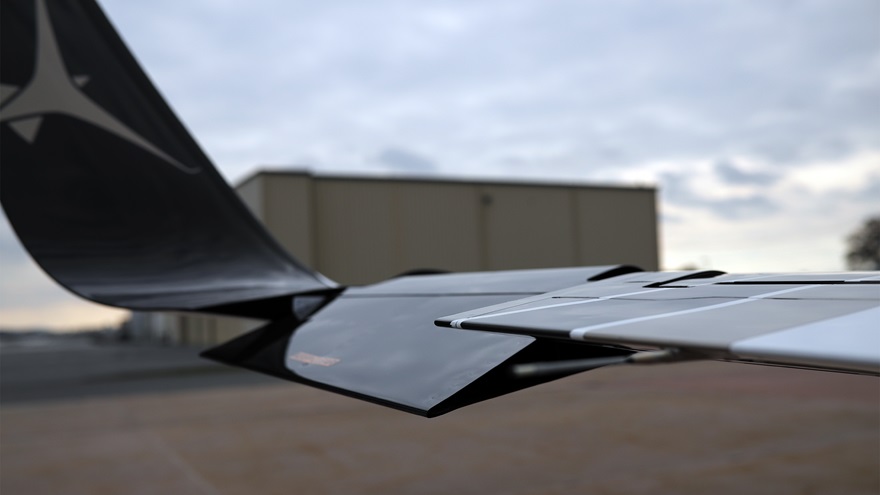 On May 24, the FAA published an airworthiness directive (AD) immediately grounding Citation models 525, 525A, and 525B equipped with Tamarack’s active-winglet system.  The AD followed action taken in April by the European Aviation Safety Agency.

The FAA’s AD cited EASA’s statement that “the active load alleviation system (ATLAS), when operational, deflects” the Tamarack active camber surfaces (TACS) "on the outboard wings. Recently, occurrences have been reported in which ATLAS appears to have malfunctioned, causing upset events where, in some cases, the pilots had difficulty to recover the aeroplane to safe flight. Investigation continues to determine the cause(s) for the reported events.”

The AD affects 91 aircraft worldwide, including 76 in the United States. It took effect immediately, although the FAA will accept comments until July 8.

Tamarack, of Sandpoint, Idaho, responded on May 29 with formal comments by the company’s chief engineer, Jacob Klinginsmith. He said mandatory service bulletins issued by Tamarack and its partner, Cranfield Aerospace Solutions before the ADs were ordered provide “proactive product enhancements” that improved product reliability and “also help neutralize the impact of system failures” through a “centering upgrade” of the TACS component.

The service bulletins—which Tamarack believes could provide the AD’s “terminating action”—have been available to customers on the Tamarack website since March 2018, he told the FAA, noting that 69 of the 76 U.S. affected aircraft had undergone the upgrade.

“No incidents have been reported for those aircraft with upgraded equipment,” he wrote.

Tamarack requested that the FAA evaluate new information about the equipment-failure incident that immediately preceded EASA’s initial AD. Flight data disputed a pilot’s report of an aircraft rolling 90 degrees in one second, suggesting instead that the event was much milder and “aligned with what EASA observed in certification flight tests,” he noted, adding, “We respectfully request that the FAA consider this information in evaluating the risk present in the fleet.”

Tamarack also objected to the FAA referring in the AD to an incomplete National Transportation Safety Board investigation of a November 2018 fatal accident involving a Citation. The FAA said a focus of the investigation was the role that ATLAS might have played in the crash.

Tamarack and Cranfield offered technical support to the NTSB, “but have not been asked to participate in the investigation,” nor have they been made aware of any information linking ATLAS to the accident, the company noted.

“If the FAA does not have information that the NTSB is focused on the role of the ATLAS STC (supplemental type certificate), then the statement should be removed from the ADs as inaccurate,” he wrote.

In a May 29 telephone interview, Klinginsmith told AOPA that he planned to contact the NTSB directly about that question. He added that the aircraft, which experienced the April roll incident had not been brought into compliance with the service bulletin procedure designed to keep a screw from vibrating loose in the winglet, “even though it was mandatory and available for free.”

“Obviously, we were a little frustrated by that,” he said.

Tamarack also asked the FAA to remove from the AD a statement that control may be lost with ATLAS disabled, pointing out that EASA concluded after tests that “recovery from an ATLAS failure does not require exceptional pilot skill or strength.”

Through a bilateral agreement, the FAA action follows EASA’s lead on the AD, but there are differences between the two agencies’ actions: EASA approved a procedure for disabling the active-winglet system using “speed tape,” Klinginsmith said. That doesn’t fly with the FAA, which noted in its AD that it “would need to ensure that the use of speed tape complies with the applicable airworthiness regulations for use on a movable surface to hold that surface in a fixed position. The speed tape does not have sufficient testing and analysis to support the type design change.”

The FAA AD prohibits flight until it approves a modification—yet to be undetermined—but permits 10 hours of non-passenger-carrying flight under a special flight permit to position the aircraft. EASA has permitted up to 100 hours for relocating aircraft in need of modification, Tamarack said.

Klinginsmith said Tamarack and Cranfield are committed to improving the winglet system design and had already set a goal of getting the entire affected fleet to install the trailing-edge centering-strip modification that “takes almost all our failure conditions and makes them kind of a moot point.”

He said he hopes the companies’ proposal to adopt the mandatory service bulletins as an alternative method of compliance to the AD will pass muster with EASA, with the FAA very soon thereafter following suit.

“We feel like there’s a design fix out there to resolve this issue,” he said.

Dan Namowitz has been writing for AOPA in a variety of capacities since 1991. He has been a flight instructor since 1990 and is a 35-year AOPA member.
Go to Dan Namowitz's Profile
Topics: Jet, Airworthiness, Training and Safety