Get the app Get the app
Get the latest news on coronavirus impacts on general aviation, including what AOPA is doing to protect GA, event cancellations, advice for pilots to protect themselves, and more. Read More
Already a member? Please login below for an enhanced experience. Not a member? Join today
News & Videos Five Questions: Jimmy Gist

Jimmy Gist, a former U.S. Air Force fighter pilot, calls STOL (short takeoff and landing) competitions “the aviation equivalent of four-wheeling.” He should know: He coordinated air operations for the Texas STOL competitions held annually in Hondo. Gist is a veteran T–6 air racer and will serve as wrangler for the STOL invitational at the AOPA eightieth anniversary fly-in. 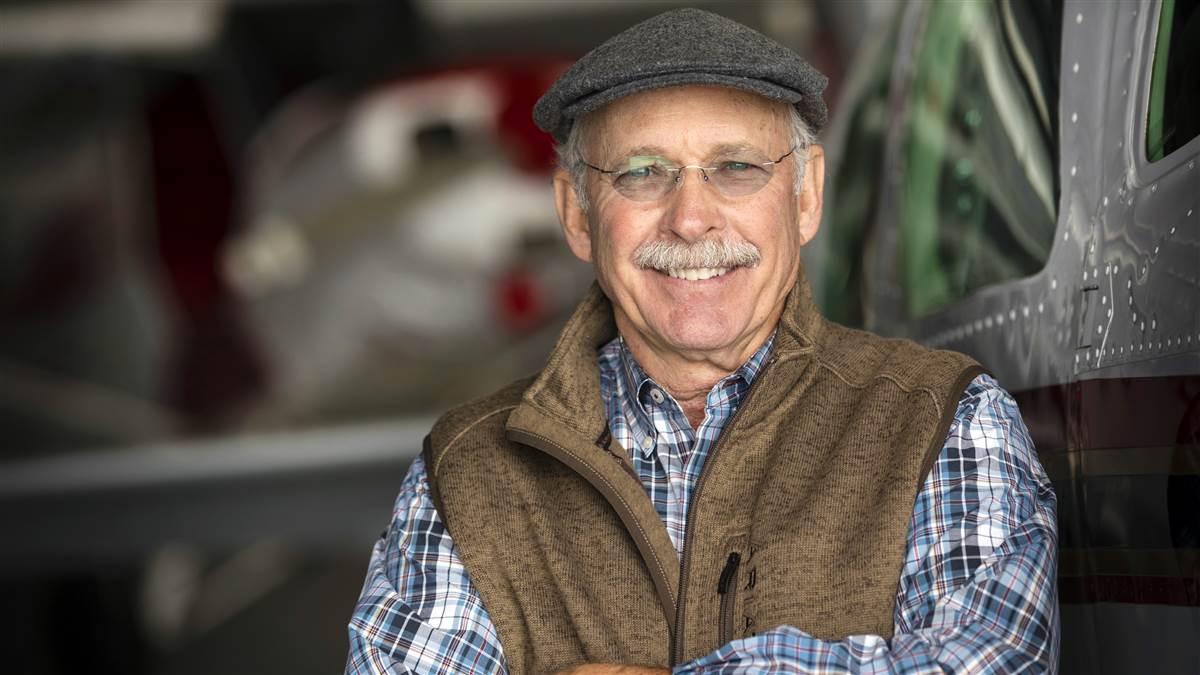 How did you get started in aviation? On my sixth birthday my brother, who is 14 years older, took me for my first flight in an Ercoupe. I rode my bicycle to the airport and just hung out, then eventually was a lineboy. Finally I got old enough to start taking lessons and 50 years later, after a career in aviation, I still get the same thrill of that first flight.

What was your most challenging flight? Generally when I think of challenging flights it’s because of a lack of planning or getting caught by surprise with the elements. However, when flying in an Air Force exercise we were part of a guerilla strike package. The entire flight of 30-plus fighters was to be a total no-radio flight from start to finish. The mission planning was intensive, to say the least: What if one missed the tanker, missed the rendezvous point or time, there is weather, or get bounced by aggressors? It was a successful mission and proves that keeping surprises down makes for a good flight.

Why STOL? STOL flying is the purest form of powered flight. You learn to be one with your airplane, what it’s telling you, where it is at all times in the performance envelope. The skills you refine by landing on a particular spot, the ability to extract a max performance turn without altitude loss, and energy management are valuable.

Advice for students? We’ve entered the button-pushing phase of aviation. Experiencing firsthand how automation dependency so quickly erodes basic skills is concerning. It takes time and good instruction—think tailwheel—to learn basic airmanship. Set a goal on each flight to hone your hand flying, stalls, simulate partial/engine failure, spot landings, or fly patterns at different altitudes. Most important, fly every chance you get whether you are manipulating the controls or going with someone.