Get the app Get the app
Already a member? Please login below for an enhanced experience. Not a member? Join today
We will be performing maintenance on our systems Sunday 9/19 from 12am to 6am ET. During this time, you may experience intermittent service outages. We appreciate your patience.
News & Media Flow,then check

The ‘check’ in checklist should be just that

Broadly speaking, there are two ways to use a paper or electronic checklist. The most common method used by pilots new to an airplane, as well as by those not yet introduced to the alternative, is to use the checklist as a “do list.” 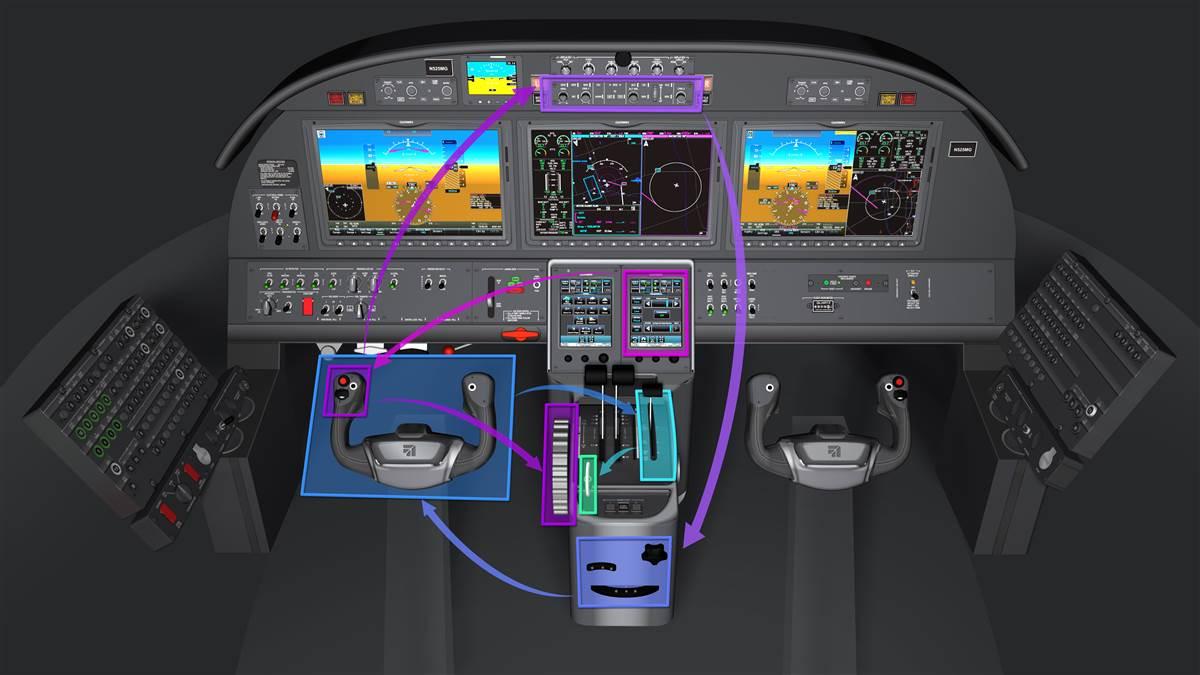 The flow progression for the first seven items in the Citation M2’s pre-taxi checklist.
Illustration by Kevin Hand 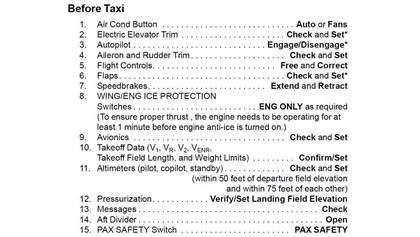 Here, an item is read from the list, the appropriate action is taken or confirmed in the cockpit, and the pilot moves on to the next item.

This method has one primary advantage: It requires no memorization, or even aircraft familiarization, on the pilot’s part. By stepping through the checklist item by item, the pilot is walked through the steps needed for the given phase of flight and can safely configure an aircraft new to him or her.

But the do-list method suffers from two significant disadvantages. The less serious is that it’s an inefficient way to progress through any phase of flight. Moving the eyes and mental focus repeatedly from the checklist to the various switches, knobs, and screens in the cockpit—and then back to the checklist—for each of what could be more than a dozen steps makes for a slow progression through the checklist.

More important than the added time and effort, however, is that running a checklist as a do-list is the less safe of the methods available. Especially in single-pilot operations, another method—the flow/checklist—is superior from a safety perspective. This method first has the pilot conduct a specific sequence of memorized actions without reference to a checklist. Then, once this “flow pattern” is completed, the pilot reads the corresponding checklist aloud, visually confirming the actions were taken as the checklist is read.

The main reason this technique is safer than the do-list method is redundancy. Should the pilot forget a step in the flow, the checklist will catch it. Likewise, should the pilot become distracted during the reading of the checklist and accidently skip a line, the task would have been accomplished already during the flow; only verification was missed, not actual action.

Also, as attention is focused first on the cockpit and then on the checklist, with less back-and-forth movement of eyes and hands, it’s less likely the pilot will skip a line on the checklist when it’s run sequentially, rather than interrupted by actions that, in some cases, can take the better part of a minute to accomplish.

Over and over I’ve seen pilots return to a checklist one line later than where they need to be after their attention is directed into the cockpit for a few seconds.

For an example of the flow at work, consider the first several steps taken after engine start and before taxi is initiated in a Cessna Citation M2 (as shown in the illustration and checklist of the following seven steps on page T–17). The pilot begins by activating the air conditioning, a task accomplished via a selection buried two menus deep in the touch controllers. Then movement of the pitch trim via the control yoke switch is tested; as is the ability to override the trim movement in the event of a runaway.

Next the pilot conducts an autopilot preflight test, itself made up of several sub-steps. We’re halfway through the bulk of the work now; all that’s left is a test of the flight controls, and then verification of proper flap and speedbrake actuation. It’s not hard to see how taking these six steps one by one in a read-and-do manner can eat up a lot of time—and cause the pilot to create opportunities for a missed step.

If the pilot instead uses an easily memorized letter sequence such as “ATA, FFS” to prod the memory through the steps, and only after all steps are complete consults the physical checklist, the flow/check method can be accomplished more quickly and safely.

With time and repetition, the memory jog won’t be required any longer, and the flow can be done strictly from memory—more efficient still. As pilots in single-pilot operations have only themselves in the cockpit to catch mistakes, the redundancy of the flow technique is especially valuable.

For example, a co-pilot in a two-crew operation might catch that the flight controls were never tested for freedom of movement before taxi. But once a single-pilot operator has moved past that checklist item, it can be easy for the mistake to go unnoticed. The flow/check technique doubles the safety in this regard—not bad for something that’s also quicker and easier to accomplish.

Neil Singer is a Master CFI with more than 9,500 hours in 15 years of flying.