Get the app Get the app
News & Media Quick Look: Raytheon (Beechcraft)Premier I/IA

Under the banner of Raytheon Aircraft, the Premier emerged in 2000 with a composite fuselage and traditional metal wings. 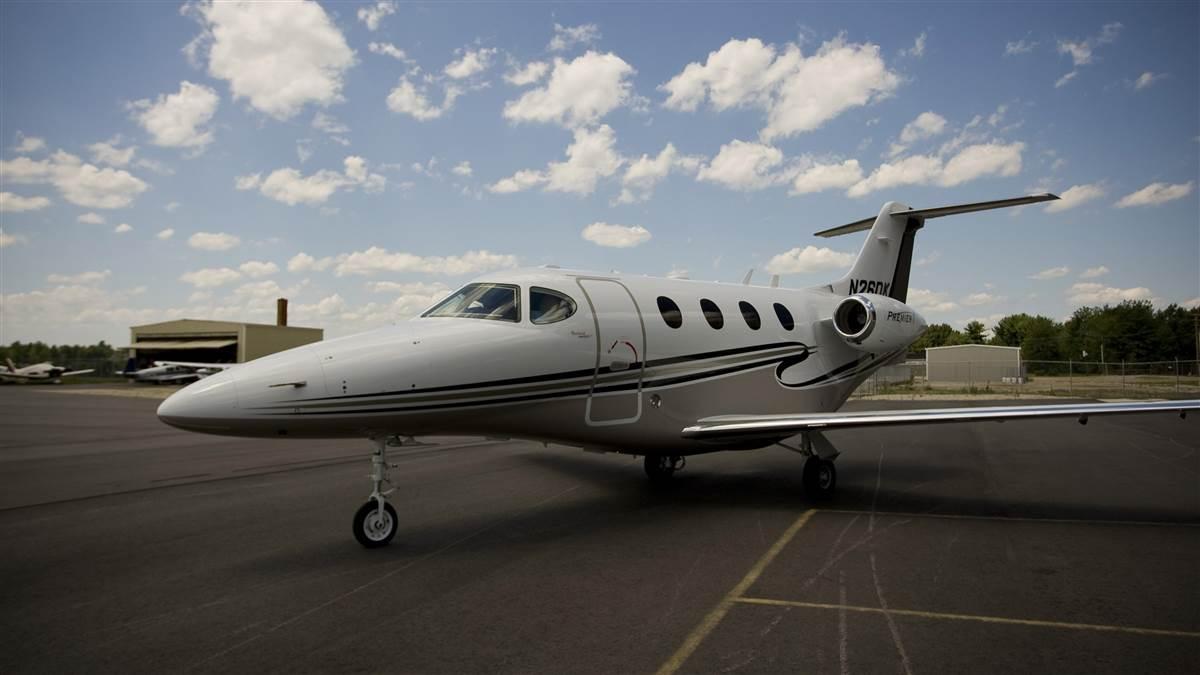 Although the company’s all-composite Starship was a sales failure, the technology Raytheon/Beechcraft gleaned from the Starship led to advanced airplanes like the Premier and Hawker 4000 that utilize composite fuselages that are strong, lightweight, and big inside. The competition at the time of Premier’s debut, mainly Cessna’s CJ series, were comparatively small in cabin dimensions and slow in speed.

A swept wing allows Premiers to hustle along at 450 KTAS or Mach 0.78 while consuming 1,000 pounds per hour. Long-range cruise is best at its FL410 ceiling, where it’ll make 375 KTAS/Mach 0.68 drops fuel burn to 700 pounds per hour. Despite the swept wing, sea level runway performance is good. On a standard day, only 3,792 feet of runway are required. Mike Hounslow is a Premier pilot based in the mid-Atlantic region. One of the airplanes he flies is based at an airport with a 4,200-foot runway. “At or near sea level, the airplane is a good performer,” said Hounslow.

Many of Hounslow’s clients fly from the mid-Atlantic to Florida “and it really is a fantastic airplane for that duty,” he says. He reports 2 hours, 6 minutes to fly from Gaithersburg, Maryland, to Tampa, Florida. Harrisburg, Pennsylvania, to Fort Myers, Florida, takes 2 hours, 27 minutes on average. First hour fuel burn is 1,200 pph and 900 pph for the subsequent two hours. Hounslow figures a working range of 900 nm fully loaded or 1,100 miles with full tanks.

Avionics are Rockwell Collins Pro Line 21, and the design is a big reason that the Premier is certified for single-pilot operations. “Beechcraft really did a good job designing this airplane for single-pilot ops,” said Hounslow. Premier boasts a 4,000-fpm initial climb rate and can reach FL410 in less than 30 minutes. Single-pilot certification boosts payload since you don’t have to carry a second pilot. It’s also a cost saver since many Premier owners need only keep one pilot on the payroll. Hounslow estimates all-in costs of $2,800 per hour, which includes engine and avionics maintenance contracts, insurance, and pilot for an airplane that flies 200 hours per year.

There is no thrust reverse, so Raytheon designed a lift-dump system that activates spoilers on the top of the wing to kill lift, thereby drastically improving brake effectiveness. Early serial number Premiers had an automatic lift-dump system triggered by a weight-on-wheels switch. Raytheon later changed it to a manual system that pilots deploy on touchdown. The manual system was retrofitted to all earlier airframes.

For the 2006 model year, Raytheon introduced the Premier IA, which brought several improvements in avionics, cabin, and brakes. IA models also introduced Collins’ Integrated Flight Information System, which brought JeppView, XM WX display capabilities, synthetic vision, an expanded database, and WAAS capability. The modernization package is retrofittable to all Premiers, effectively bringing them up to date with the IA in the avionics department. Interiors also are improved in the IA.

The Textron buyout left a sour taste with many Beechcraft owners. A few noteworthy shops stepped up to support the fleet, but there’s no mistaking the widely available service you get with a Citation compared to what you get with a Premier. Thankfully, the avionics and engines are common with other types.

Premier values are highly dependent on engine times and avionics equipage such as ADS-B compliance. Vref values range from a 2001 Premier I at $1 million, to $2.4 million for a 2012 Premier IA.