Get the app Get the app
AOPA will be closed on Monday, January 2020, in observance of Martin Luther King Jr. Day.
Already a member? Please login below for an enhanced experience. Not a member? Join today
News & Videos Training Tip: Wind shear warriors
Sponsored by Aircraft Spruce

You can memorize a textbook’s wind shear definition to pass a knowledge test or an oral exam, but nothing beats real-world accounts for painting the picture of what wind shear is really all about. 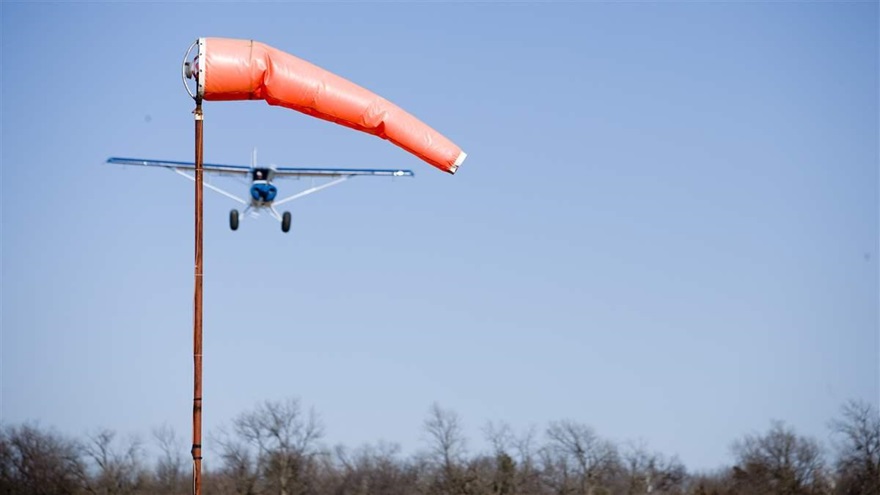 To get a grasp of the unpredictable control challenges wind shear can pose for a pilot, let’s match up a few excerpts from a textbook’s discussion of wind shear with some real-life narratives of pilots describing the same scenarios in reports to the Aviation Safety Reporting System.

Textbook: "While wind shear can occur at any altitude, low-level wind shear is especially hazardous due to the proximity of an aircraft to the ground."

Piper PA–18 Super Cub pilot: “Around an estimated 8-10 feet off the ground I experienced wind shear that caused my plane [to] lose lift and drop hard onto the runway. Upon landing, the right side front shock clevis broke. Forward ground speed at the time was no more than an estimated 10 miles per hour due to the wind speed and the landing speed of my plane, which is 25 miles per hour.”

Textbook: "Wind shear is dangerous to an aircraft. It can rapidly change the performance of the aircraft and disrupt the normal flight attitude."

Boeing 737 flight crew: “On approach… the two previous aircraft landed without incident. Heavy rain reduced visibility and we went around. We were told the heavy rain had moved from the final. We elected to take vectors around for another approach. The autopilot was on at 300 feet. We experienced roll which disconnected the autopilot. We then experienced wind shear and severe turbulence. We performed an escape maneuver, and elected to divert.

Wind characteristics of which a private pilot applicant is expected to demonstrate knowledge include crosswind, tailwind, wind shear, and mountain wave.

Textbook: "Wind shear is a sudden, drastic change in wind speed and/or direction over a very small area. Wind shear can subject an aircraft to violent updrafts and downdrafts, as well as abrupt changes to the horizontal movement of the aircraft."

Airbus A321 flight crew: “On final approach… at 4,000 feet flap 2 approximately 180 kts, we hit severe wind shear. Airspeed increased by approximately 50 kts above target followed by a decrease of airspeed of approximately 30 kts below target. This all happened within a matter of seconds. We were unable to maintain altitude. I remember losing 2000 feet and gaining 1,000 feet above desired altitude. The ride was extremely violent.”

If wind shear (WS) appears in your preflight weather briefing,don't discount the implications of a possible encounter.