Get the app Get the app
AOPA will be closed on Monday, January 2020, in observance of Martin Luther King Jr. Day.
Already a member? Please login below for an enhanced experience. Not a member? Join today
News & Videos Mild weather, wild destination

Skiing and sledding are not the first activities that come to mind when you think of Tucson, Arizona, but this is where you’ll find the southernmost ski area in the United States.

We headed to the Tucson area—and eventually near the top of Mount Lemmon’s 9,157-foot peak—to escape the heat during one of our summer trips to Arizona. The mountain is popular year-round, known to be 20 to 30 degrees Fahrenheit cooler than the city, giving locals and visitors a place to beat the heat. An area near the top known as Mount Lemmon Ski Valley offers year-round lift rides and is typically open for winter sports from late December through early April.

Getting to the highest point in the Santa Catalina mountain range was among the highlights of our first visit to Tucson. One paved road winds from northeast Tucson through the Coronado National Forest, taking you on one of the most scenic drives in the Southwest with incredible diversity of natural plants, animals, and geology.

Signage along the Catalina Highway Scenic Drive describes the journey as the “biological equivalent of driving from the deserts of Mexico to the forests of Canada in a short stretch of 27 miles.” Along the way you’ll stop at turnouts with scenic overlooks and picnic areas or find dozens of hiking trails. Near the halfway spot is Windy Point Vista, which lives up to its name but is worth enduring for the views.

At mile 26 you reach Summerhaven, a village with a handful of shops and restaurants, including the Mount Lemmon Cookie Cabin, which was packed with visitors ordering slices of pizza and giant homemade cookies. At mile 27, we found a table for lunch on the patio of the Iron Door Restaurant, where we were joined by hummingbirds. Across the street was where the ski lifts depart. 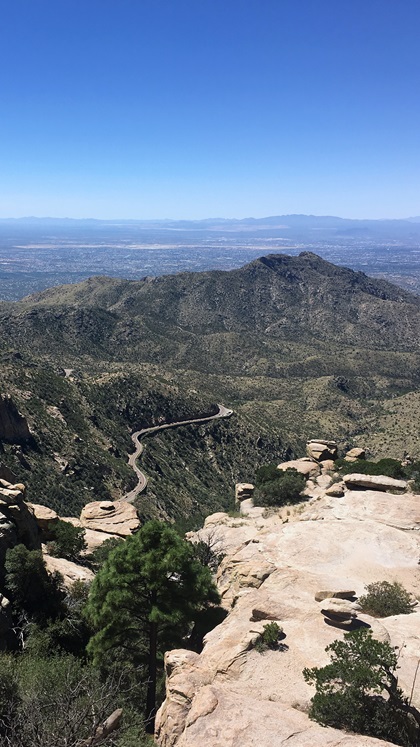 This is as far as you can go unless you’re participating in an event at the Mount Lemmon SkyCenter, which is an additional 2 miles up. Through the University of Arizona, the SkyCenter operates two of the largest telescopes dedicated to public accessibility: the Schulman 32-inch and the Phillips 24-inch telescopes. A five-hour evening stargazing program happens Wednesdays through Sundays year-round by reservation only. It often reaches capacity one to three weeks in advance.

Give yourself at least three hours to make the round trip, more if you stop for any activities along the route. The drive itself is free; check road conditions during the winter at 520-547-7510.

A popular winter adventure is to drive up Mount Lemmon to sled early in the day, then return to Tucson to swim in a heated pool at one of the area’s resorts or guest ranches. There is no shortage of options, from destination wellness spa resorts Miraval Arizona and Canyon Ranch Tucson, to the historic Hacienda Del Sol Guest Ranch Resort and Tanque Verde Ranch, which is considered America’s oldest dude ranch and offers winter glamping until December 31 alongside traditional accommodations. We stayed in nearby Marana at the Ritz-Carlton at Dove Mountain, which features an expansive swimming pool, more than 20 miles of hiking trails, and 27 holes of desert golf designed by Jack Nicklaus.

Depending on where you’re basing your stay, you can fly into Tucson International Airport on the east side, Ryan Field southwest of the city, and Marana Regional Airport north of Tucson.

The city is easy to navigate, and you’ll want a vehicle to explore the one-of-a-kind attractions in Tucson. With more than 325 aircraft and spacecraft and 125,000 artifacts in six indoor hangars on 80 acres, Pima Air and Space Museum is the largest nongovernment-funded aviation and space museum in the United States. The collection ranges from an array of American bombers to the world’s fastest airplane, the SR–71 Blackbird, and includes the first prototype Boeing 777 and a Boeing 787 Dreamliner.

Pima also offers the lone option for civilians to see the only U.S. government and military boneyard, located on the adjacent Davis-Monthan Air Force Base. A bus tour takes you to see the Aerospace Maintenance and Regeneration Group’s 2,600-acre storage facility, where there are more than 4,000 airplanes. While in the area don’t miss the Titan Missile Museum, 25 miles south of Tucson. They offer guided tours of the last preserved underground missile complex that still has its Titan II missile in the launch duct. This site was one of 54 on alert across the country from 1963 to 1987. 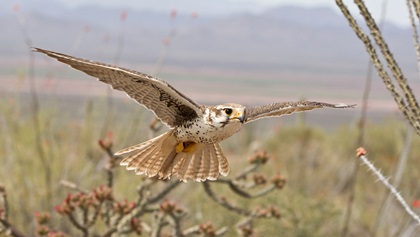 One of our favorite attractions was the Arizona-Sonora Desert Museum, which is much livelier than the name sounds. It’s part art gallery, natural history museum, zoo, aquarium, and botanical garden set on 98 acres. The 2-mile walking trail takes you past 230 animal species and 1,200 types of plants, including more than 56,000 individual plantings. We spent nearly an hour watching the bighorn sheep herd interacting. The museum’s birds of prey exhibition, daily October through April, lets hawks, owls, falcons, and other birds native to the Sonoran Desert region fly untethered in open desert while a narrator describes their behaviors.

Finally, you can’t visit the country’s first Creative City of Gastronomy without enjoying foods and flavors only found here. In 2015, UNESCO—the United Nations Educational, Scientific, and Cultural Organization—gave Tucson the designation to recognize the city’s agricultural tradition and modern use of heritage foods (there are now two such cities in the United States; San Antonio joined the club in 2017).

Tucson’s mild winters mean some of its biggest events happen this time of year. The fiftieth annual Fourth Avenue Street Fair features more than 400 arts and crafts booths, two stages, street performers, and more festivities December 13 through 15 in a downtown district already known for its funkiness and independent vibe.

The Tucson Jazz Festival, January 10 through 20, 2020, draws about 25,000 people. Half of the Major League Soccer teams hold spring training here each February with open practices and scrimmages.

The Tucson Gem and Mineral Show will take place February 13 through 16, 2020, wrapping up a 16-day rock, gem, mineral, and jewelry showcase at 40 locations throughout the city. It’s the largest show of its kind in the world, so if you’re planning to attend, book accommodations soon. 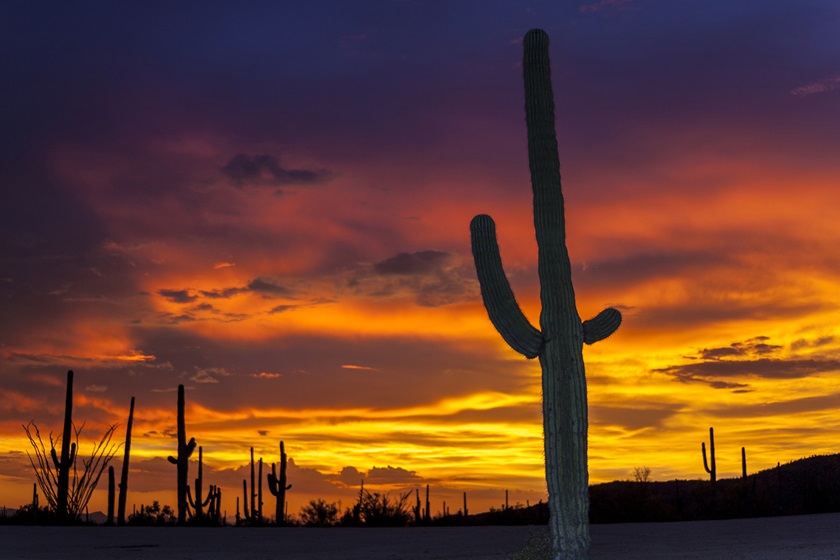