Get the app Get the app
Already a member? Please login below for an enhanced experience. Not a member? Join today
News & Videos Terrific time in Tennessee

Editor's note: A caption on this page incorrectly identified Christin Sanders as a competitor in the short takeoff and landing competition at the Stihl National Championship Air Races. She was an attendee, not a competitor. AOPA regrets the error. 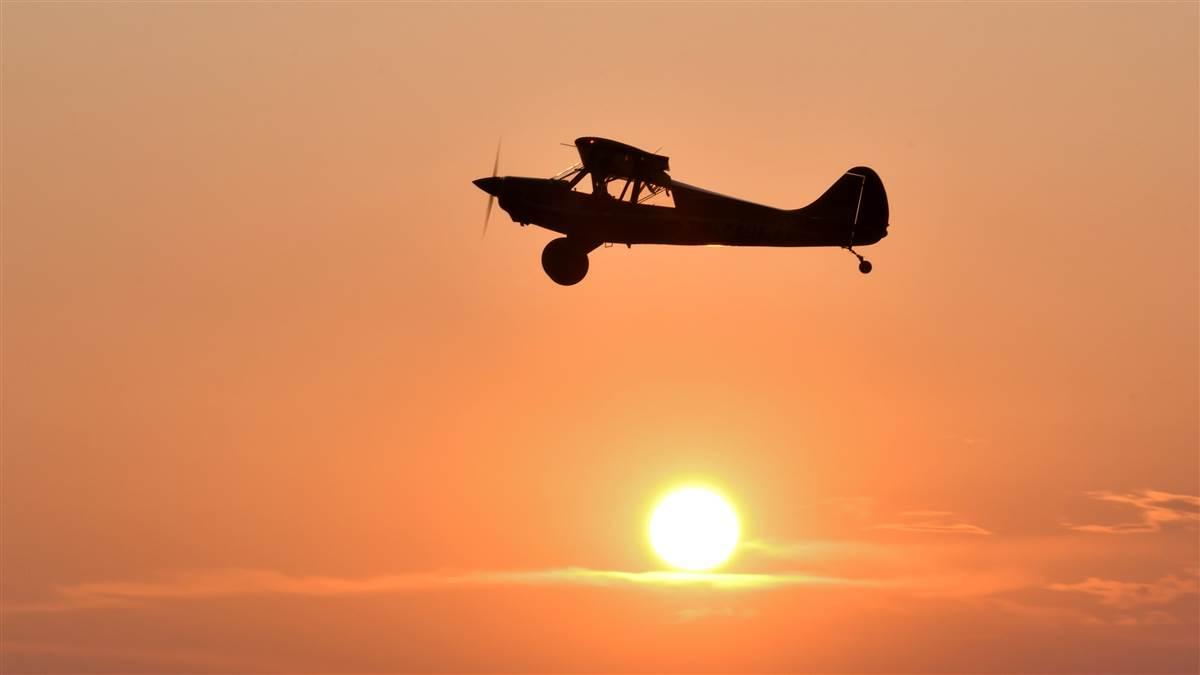 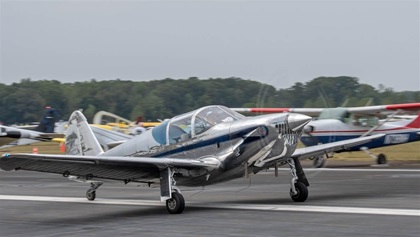 The Swift Museum Foundation in Athens, Tennessee, held its annual meeting the same weekend as the fly-in so a group of Swifts—20 in all—flew to THA in formation and displayed these iconic aircraft on the flight line. The foundation celebrated 50 years in 2018.

AOPA wrapped up its eightieth anniversary celebration September 13 and 14 with a return to a favorite location, holding its third and final 2019 fly-in at Tullahoma Regional Airport/William Northern Field in Tullahoma, Tennessee. Although the weather was hot, attendance was even hotter. Friday saw 3,536 guests, with 5,889 visitors on Saturday, for a two-day total of 9,425. The advisory airboss and airside volunteers handled 572 aircraft.

AOPA had visited Tullahoma before, for its final 2015 fly-in, which got off to a drenching start but the weather improved enough to tally 2,500 people and more than 330 aircraft.

The Beechcraft Heritage Museum, located on the Tullahoma airport, was a popular stop for fly-in visitors. It began as the Staggerwing Museum Foundation in 1973, and in 2007 expanded to include the full Beechcraft lineage. Joey Gray of Decatur, Alabama, visited the museum for the first time in 30 years and said that a lot had changed. His favorite exhibit was a mostly uncovered Staggerwing, exposing the structure of the fuselage and wings. “You don’t see that many Staggerwings around these days, much less the inside of one.”

Friday evening and Saturday afternoon saw the third STOL demonstration of the year with many aircraft participating, including AOPA President Mark Baker in his Super Cub. Wrangler Jimmy Gist masterfully manned the demonstration.

Dennis Harrington and Keane Brown each received a Lightspeed Zulu 3 headset, one at each of the fly-in’s two AOPA Pilot Town Halls, for flying the farthest distance to Tullahoma. Harrington and Brown each flew from New Mexico, where it turns out they’re based about 100 miles apart.

“Tullahoma once again exceeded our expectations,” said Chris Eads, AOPA senior director of outreach and events. “We are hard at work selecting our locations for next year and anticipating another great AOPA Fly-In season.”

Lighting up the sky 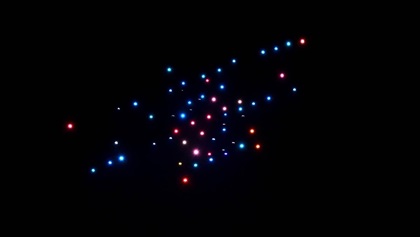 Drones lit the night sky over Tullahoma on September 13, delivering on a promise to celebrate AOPA’s eightieth anniversary with a custom show. Bad weather in Frederick, Maryland, had grounded the Great Lakes Drone Company fleet of LED-toting unmanned aircraft. Trouble with the custom software forced a fleetwide overhaul that nixed the show in Livermore, California, in June. But the persistence of the Great Lakes Drone Company team paid off in Tullahoma, where more than 60 drones flew in digitally choreographed formations set to music, creating airplanes and other shapes with points of light in the night sky. The crowd clearly enjoyed the show. They had a chance to see the power of the emerging technology to entertain­—just one of the hundreds of missions that drones are accomplishing or poised to achieve as integration proceeds in the years to come. 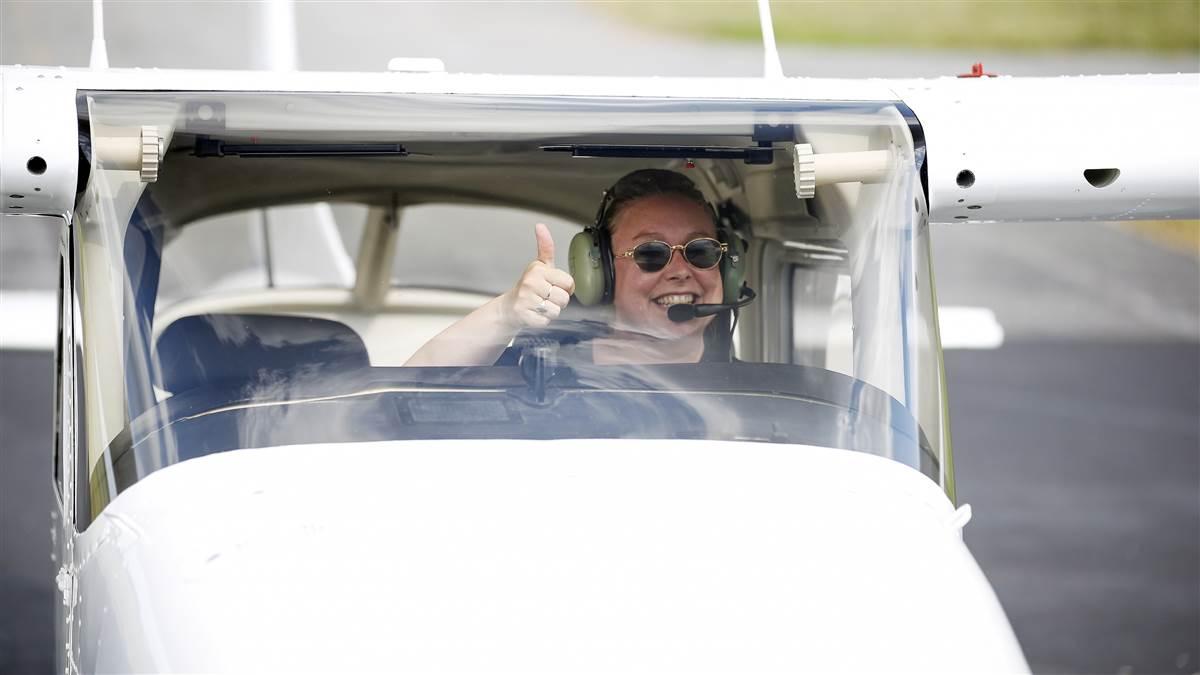 On a routine transport flight from Naples, Florida, to Niagara Falls, New York, Capt. Bruce Monnier and co-captain Gerald Downs experienced a dual engine flameout in their Cessna Citation II. Strangely, that wasn’t the only jet in Florida-based air ambulance service Air Trek’s fleet to experience an emergency that day. Join us in There I Was… Episode 12 as we talk to the pilots and hear how they worked together to land safely, and uncover the cause of the incident.

Ice is serious business, and as winter approaches, the freezing level is getting lower and lower. The long days of summer may have lulled even the most vigilant of us into warm-weather habits—make sure to check that freezing level before every flight and include the outside air temperature gauge in your scan, especially when flying in any form of visible moisture. Remember, even for FIKI-capable airplanes, any amount of ice can dramatically change your airplane’s ability to create lift.

Assess what you would do if you encountered icing in flight with ASI’s safety quiz.

Because we tend to focus on that final goal—the checkride, the shiny new certificate, maybe gifting yourself a choice pair of Ray Bans—it is easy to forget the bigger “why” of training. Passing the checkride is a goal, but it is not the only goal.

After the checkride, don’t neglect the airmanship skills you spent hours and a chunk of change developing, or they might not be sharp when you need them most. Take short-field landings—can you really forget about that technique once the checkride is done? You may have no intention of ever seeking out a real short field, but that doesn’t mean that the requirement to use that skill won’t find you.

Consider a scenario where you approach an airport with crossing runways. Unforecast weather is closing in, but you’re only a few miles out—you’ll be on the ground before it becomes a problem. You plan to land on the longer runway—or that was your plan, but you just heard that a pilot had a gear collapse on touchdown. The crippled airplane won’t be moved before the weather arrives. No alternate airports are nearby. You have to land on the crossing runway—but it’s only 2,500 feet long and there are 80-foot trees at the approach end. If the last time you practiced your short-field technique was before the checkride, and if you’ve gotten into a habit of always coming in fast, you might be in for a landing more interesting than you would like.

Don’t forget why the checkride standards exist, and don’t allow yourself to fly imprecisely just because an examiner or instructor isn’t sitting in the right seat. Aim to fly well so that you can maintain proficiency and fly safely, especially when encountering the unexpected. 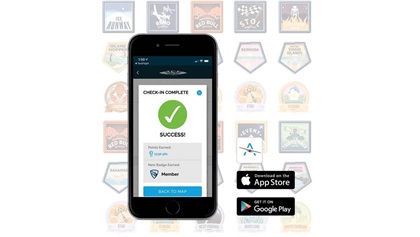 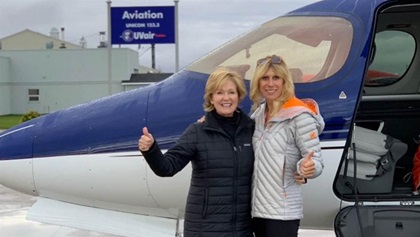 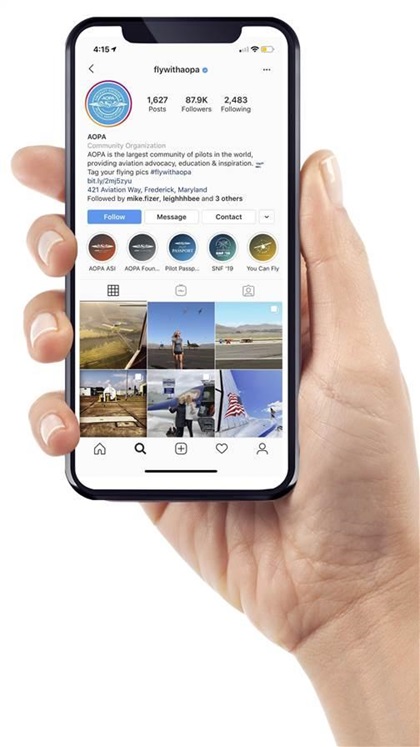 Accordingly, in order to avoid time-consuming delays in registering your aircraft, you must make certain the actual owner’s address is included in the registration application. Further, if the owner’s physical address differs from the mailing address, be certain to include the physical address as well. Generally, we recommend utilizing the legal entity’s regular mailing address and principal office address in completing the aircraft registration application.

If you have any questions about aircraft registration, call AOPA Legal Services at 800-872-2672.

Q: What is the typical down payment percentage on a jet? Possibly a CJ3+?

A: How the aircraft is being used will be a primary factor in determining the required down payment. For Part 91 personal/business use, lenders typically will finance up to 85 percent of the purchase price or aircraft value, whichever is less. Part 135 charter or other commercial usage generally requires larger down payments; 30 percent down is typical for this type of usage. How the loan is structured can also play a factor in the down payment. Larger down payments are typically required for these types of loan structures.

'The Hill' names AOPA among top lobbyists of 2019