Get the app Get the app
Get the latest news on coronavirus impacts on general aviation, including what AOPA is doing to protect GA, event cancellations, advice for pilots to protect themselves, and more. Read More
Already a member? Please login below for an enhanced experience. Not a member? Join today
News & Videos Proficiency: High-speed RTOs

Stopping quickly—before and after V1

In the transition to jet aircraft, few maneuvers get as much attention in training as V1 cuts and high-speed rejected takeoffs (RTOs). V1 is the takeoff decision speed, and once that speed is achieved during acceleration, the pilot is expected to continue the flight—even if one of the engines fails. 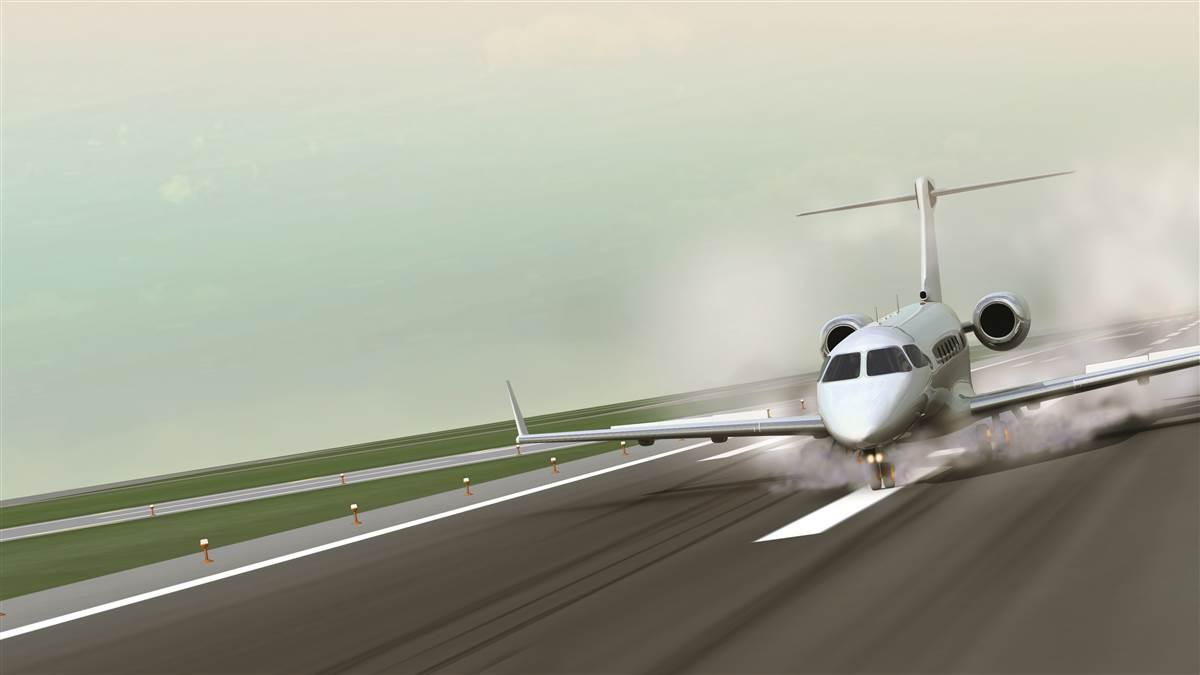 The high-speed RTO, however, is a different animal, because there may be very little time to make the decision. In Transport aircraft, the regime above 100 KIAS is generally considered to be high speed (some operators use 80 knots). One of the reasons this is considered a high-risk time is that you are not only accelerating, but you are likely accelerating at an accelerating rate, so things are happening faster and faster.

While my own training has been in the more regimented FAR Part 121 world, the concepts and discipline should be the same in smaller jets. In the Boeing 737s that I fly, there can be quite a lag between 100 knots and V1, especially at heavy weights. But there are times when the gap between the two speeds is very short, which leaves little time (or opportunity) for a pilot to reject a takeoff. We embrace the philosophy that only four things could trigger a reject above 100 knots: a confirmed engine failure, a fire of any kind, wind shear, or the belief that the aircraft is unable or unsafe to fly. Any other lights, bells, whistles, or noises are ignored, and we brief as much every day.

We embrace the philosophy that only four things could trigger a reject above 100 knots: a confirmed engine failure, a fire, wind shear, or the belief that the aircraft is unable or unsafe to fly.It is important to realize that there will be a lag in reaction time while the pilot or crew processes information and makes a decision. During that time, which might only be a few seconds, the airplane could continue to accelerate, possibly past V1, which then commits you to a takeoff you might have avoided. This drill is driven home in the simulator, where the muscle memory is trained and ingrained. However, it’s hard to accurately replicate the shock that pilots will experience if this happens in real life, because it’s such a rare occurrence.

The RTO is a risky maneuver because of the speed, but I’ve always believed that if the first officer is flying and the RTO is called for or necessary, the first officer should, at the very least, get it started by closing the throttles.

Closing the throttles and verifying speed brake deployment are the two most critical steps. The speed brakes help destroy the lift on the wing so that the weight of the airplane will settle on the wheels, which will maximize the effectiveness of the brakes. Directional control then becomes your main concern, especially on a contaminated runway or in windy conditions. Use the full force of the brakes, and trust the antiskid to do its job.

High-speed RTOs are rare, and often occur because of a noise or some other distraction. If you can’t verify the anomaly, and none of the four criteria listed above are met, you likely should continue the takeoff and troubleshoot airborne. But if you have reason to believe that the airplane is truly unsafe to fly, then you should execute the maneuver without hesitation and ensure that you can stop on the remaining runway safely.