Get the app Get the app
Get the latest news on coronavirus impacts on general aviation, including what AOPA is doing to protect GA, event cancellations, advice for pilots to protect themselves, and more. Read More
Already a member? Please login below for an enhanced experience. Not a member? Join today
News & Videos Belite Chipper 2 design for sale

A crash of a demonstrator aircraft in 2018 followed by a devastating fire in June forced the CEO of Belite Aircraft to put the Chipper 2 aircraft design up for sale. 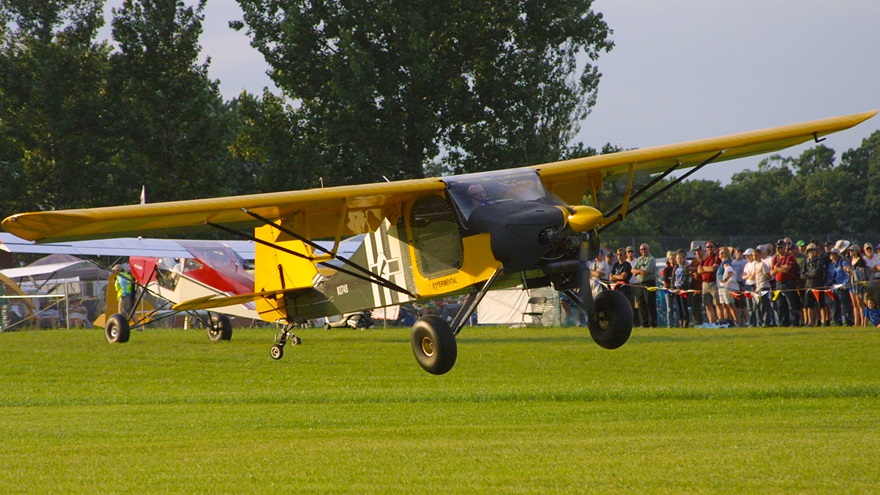 Belite Chipper 2 has side-by-side seating and allows for nosewheel or taildragger configuration. Photo courtesy of Belite Aircraft via Flickr.

Belite Aircraft founder Jim Wiebe said the Wichita-based Belite facility caught fire in June, destroying 10 years of accumulated inventory, tooling, office equipment, CNC machines, and more. The fire occurred 18 months after a demonstrator Chipper crashed after the engine failed on climbout at Lake Hood Seaplane Base in Anchorage, Alaska. The NTSB hasn’t issued a final report on the cause of that accident.

“It was a big blow, but we were starting to come back from it,” Wiebe told AOPA. “This year we were having our best year ever and we were at record revenues and posting a profit for the year and things were racing along pretty good."

At 11:30 p.m. on June 6, Wiebe got a call that the Belite facility was on fire. He arrived on the scene to see 20 fire trucks spread around the building. “It was absolutely the worst-case scenario.”

Working with an insurance company revealed that Belite was underinsured, meaning the owners would get 40 to 50 cents on the dollar on the value of destroyed property. What’s more, Wiebe said, “we did not have business interruption insurance.” For any aircraft company to get back into business, “you have to have the legs to stand on,” he said. “It’s going to take you quite a few months to get vendors online, we’ve have to replace everything we were making in-house, get new equipment or find a vendor to do it, validate the parts, get people working to resolve the engineering issues associated with new parts.

“We don’t have the money,” he continued, adding that the “one-two punch” of the 2018 crash coupled with the 2019 fire led to a difficult decision.

The Chipper features side-by-side seating and can be configured as a taildragger or a nosewheel aircraft. The cabin is primarily honeycomb aluminum. Operating with an 80-horsepower engine, it burns four gallons per hour and can take off in 400 feet at maximum gross weight, according to specifications on the company website.

The sale includes a demonstrator aircraft with a new 130-hp engine, two partially completed aircraft, CAD design, parts, and low-cost manufacturing resources for machine components. Weibe said he hopes to find a like-minded buyer who has passion for cutting-edge experimental aircraft and light sport aircraft, and perhaps ultralights as well. “We had introduced what I thought was the best ultralight on the market,” he said. “We shipped four kits on the day of the fire.”

Since posting the offer on Facebook, Wiebe said, he has received seven or eight inquiries. Those wishing to make serious inquiries are asked to email [email protected].

In the meantime, Wiebe said he has “jumped back into electronics consulting, and I love it. I’m doing product development.” Wiebe is also CEO and lead technologist at Radiant Technology, which sells lightweight digital flight electronic instruments, and he said that business will continue.

Wiebe said he will help whoever purchases the design make the transition.

“I want to stay involved in aviation in general,” he said. Aviation “has been in my blood since I was 18 years old ... I’m 60, now. You’re going to see me disappear, corporately, but you might see me pop up randomly [at trade shows] and might be aware of me behind the scenes somewhere.”