Technology gains will allow for safe flight with one pilot

And then there was one. Agatha Christie’s theme will be playing out soon in aircraft, according to Honeywell executives who believe that technology will pave the way for automation to support single-pilot commercial operations in the next five to seven years. 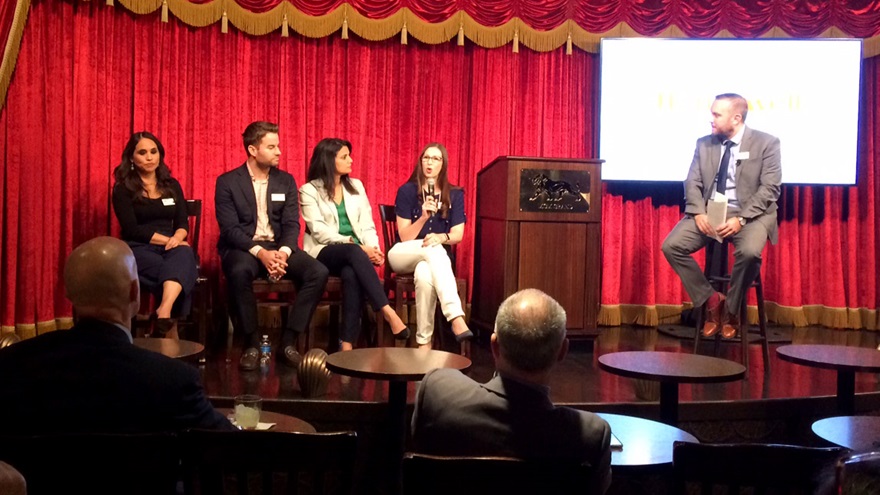 Honeywell executives (left to right) Lisa Butters, Bryan Wood, Bindu Chava, and Amanda King discuss electric vertical takeoff and landing and urban air mobility markets, high-speed airborne connectivity for real-time data sharing, hybrid-electric propulsion, and more October 20 at the National Business Aviation Association's annual convention in Las Vegas. Photo by Kollin Stagnito.
Technologies supporting the emerging electric vertical takeoff and landing (eVTOL) and urban air mobility (UAM) segments will provide the safeguards and the confidence to allow for the elimination of the co-pilot in the next few years—especially for cargo operations, according to Bindu Chava, director of project management at Honeywell Aerospace. Among her responsibilities are flight control systems, particularly as they relate to eVTOL and UAM.

Chava was one of four young Honeywell executives on a panel discussing the future of the company at the National Business Aviation Association convention in Las Vegas October 20. Amanda King, who oversees aircraft connectivity, said the future is about speed. UAM will speed people to their destinations. Supersonic business jets are back on the horizon. And high-speed airborne connectivity will allow not only for speed of communications among people, but also the ability to share data in real time off the aircraft—potentially eliminating the need for “black boxes” in the future as the aircraft transmits data to the cloud for analysis and tracking. King said Honeywell’s latest connectivity system can report on the fly what is happening on the airplane and provide predictive maintenance data to ground crews while also helping flight crews pinpoint optimal flight profiles based on real-time ambient conditions and potential air traffic congestion at major hubs. 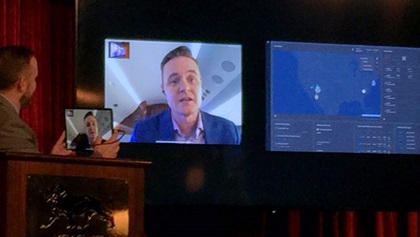 Bryan Wood, senior director of hybrid-electric/electric propulsion, said electric propulsion options are maturing faster than most people realize. However, challenges remain regarding necessary infrastructure, including vertiports. The electric grid as it sits today is not in a position to charge the volume of aircraft envisioned. Such infrastructure upgrades will require significant capital investments in coming years.

Lisa Butters says she is running a start-up inside giant Honeywell. As the general manager of GoDirect Trade, she oversees the project to bolster the $4 billion market in used aerospace parts. Today GoDirect Trade sees an average parts value of $10,000 for products that move through her network. But unlike how consumers typically purchase products online these days, most of these parts sales occur through email and phone calls—whether it’s a $1 part or a $1 million engine. Her goal over the next decade is to position Honeywell as the leader in this growth market and to make all transactions electronic. One component of that evolution is block chain technology, which will allow for greater transparency into the database of parts—showing highly detailed information about the history of a particular part and other data not currently available.